Lenovo finally brought a decent premium Chromebook to its lineup at a relatively low price with the Yoga Chromebook C630. Meanwhile, it also offers excellent options for the budget-minded in the new S330 and C330 Chromebooks.

Lenovo brought a trio of new Chromebooks to Berlin for IFA 2018. The Lenovo S330 Chromebook is a budget-conscious model, while the C330 is a convertible device and the Yoga is a high-end gadget, as well as the first Yoga Chromebook ever. With this trio, Lenovo has something for pretty much everyone, and hits a few very important price points that other Chromebooks are not currently touching.

The Lenovo S330 sports the necessities here, with a 14-inch display, powered by the MediaTek 8173C quad-core processor along with 4GB of RAM and either 32GB or 64GB of storage here. That’s not the most powerful Chromebook out there, but it will get the job done, and for $250, it’s definitely an interesting Chromebook to say the least. Now the C330 is a smaller Chromebook, with an 11.6-inch display. But this is a convertible, which means that the display is a touchscreen. Allowing users to use it as a tablet if they wish to do so. This one is also powered by MediaTek’s 8173C chipset, and also sports 4GB of RAM and 32GB of storage. So performance is relatively similar to the S330, and it’s only $30 more at $279. Both of these are similar Chromebooks, but they still serve different niches, with the S330 being a purely budget Chromebook with a somewhat large display, while the C330 is for those that want a touchscreen, and also something a bit smaller, that will in turn be more portable for traveling. 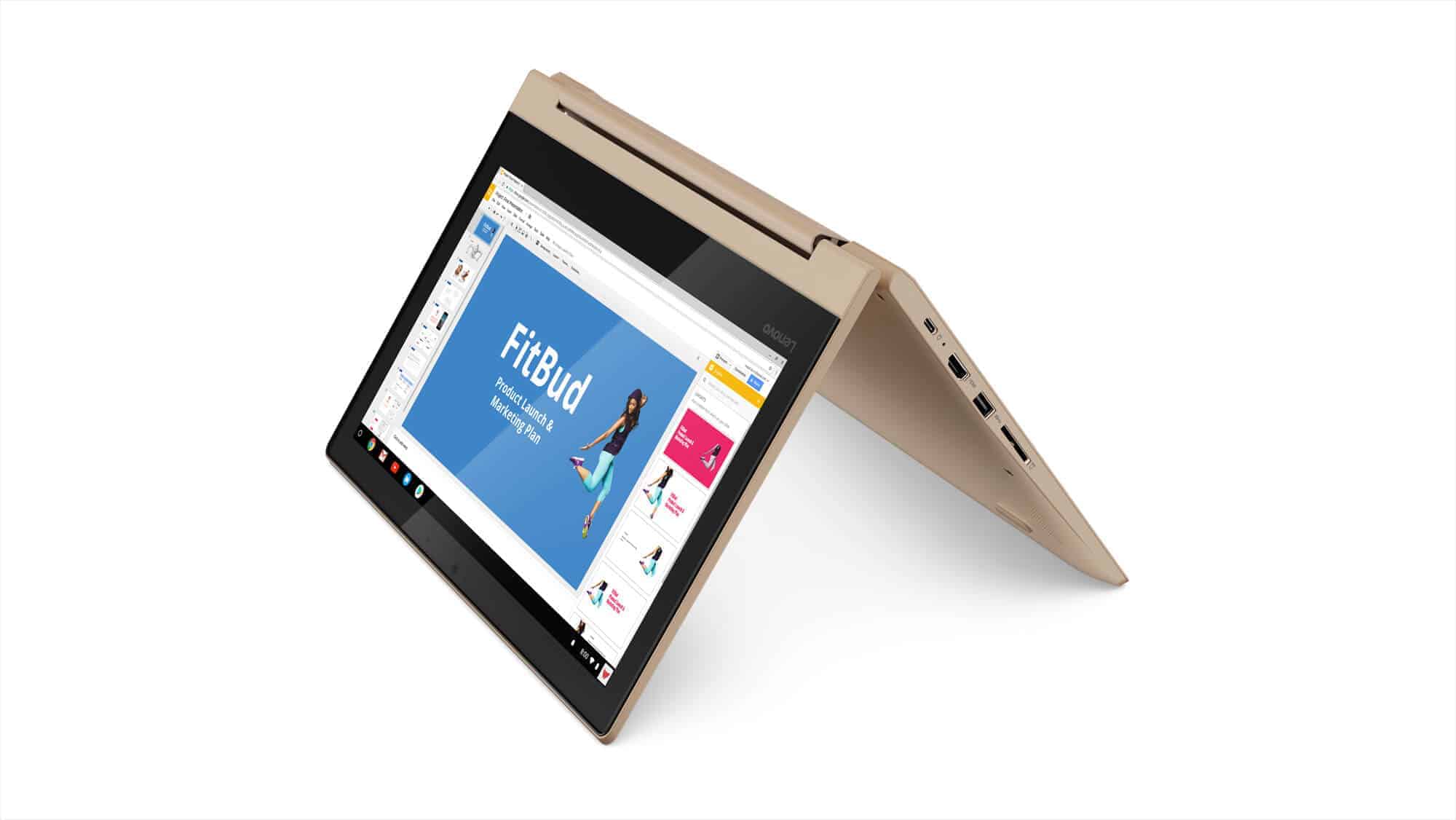 However, the star of the show here is the Yoga Chromebook C630. This is the first time that Lenovo has created a Chromebook for its popular Yoga line of laptops, and it is a premium Chromebook. It has the powerful hinge that you’d find on other Yoga laptops in Lenovo’s lineup and also sports a 15.6-inch touchscreen that has pretty small bezels. It is also powered by the eighth-generation Intel Core i5 processor, with 8GB of RAM and either 64GB or 128GB of storage. That makes this one of the more powerful Chromebooks on the market, especially at a starting price of $599. It brings Pixelbook-level performance, at a price that’s much less. The reason why the Yoga is the star of the show for Lenovo is because it’s a premium Chromebook. Typically Chromebooks from Lenovo and other companies, are low-end or mid-range, sporting Pentium and m-series processors, or even ARM processors. Which are all decent options for Chrome OS as it is pretty lightweight, but some want something a bit more powerful, and the Yoga Chromebook C630 offers that in the form of an Intel Core i5.