The Acer Chromebook 514 is a lightweight Chromebook with an excellent touch-sensitive display which doesn’t require you to break the bank.

Acer has decided to announce a rather interesting Chromebook at this year’s IFA trade show in Berlin, and that Chromebook, having debuted it in the form of the Acer Chromebook 514, which is actually a budget Chromebook, but it has a lot to offer for its modest price tag. The device is priced at $349.99 or €349, depending on where you get it, while it is made out of aluminum, and it’s very light. Its side bezels are only 6mm thick, which is not bad at all for a Chromebook, especially a value-oriented one.

Now, the Acer Chromebook 514 does come with a 14-inch FHD (1920 x 1080) display, while it sports a rather large trackpad as well, which is always a welcomed addition, and it’s worth noting that the said trackpad is Gorilla Glass-protected. Now, regarding that display, it’s actually an IPS panel, and it’s touch-sensitive, which essentially means that you can use this device as a laptop too, and the fact that it has a touch-sensitive display will also be beneficial to you when it comes to certain Android apps and games. Speaking of which, this tablet does support Android applications and games, as it comes with Google Play Store support, as does every Chromebook that had been released this year. To make things even more interesting, Acer included an HDR-capable camera, which is located right above the device’s display. 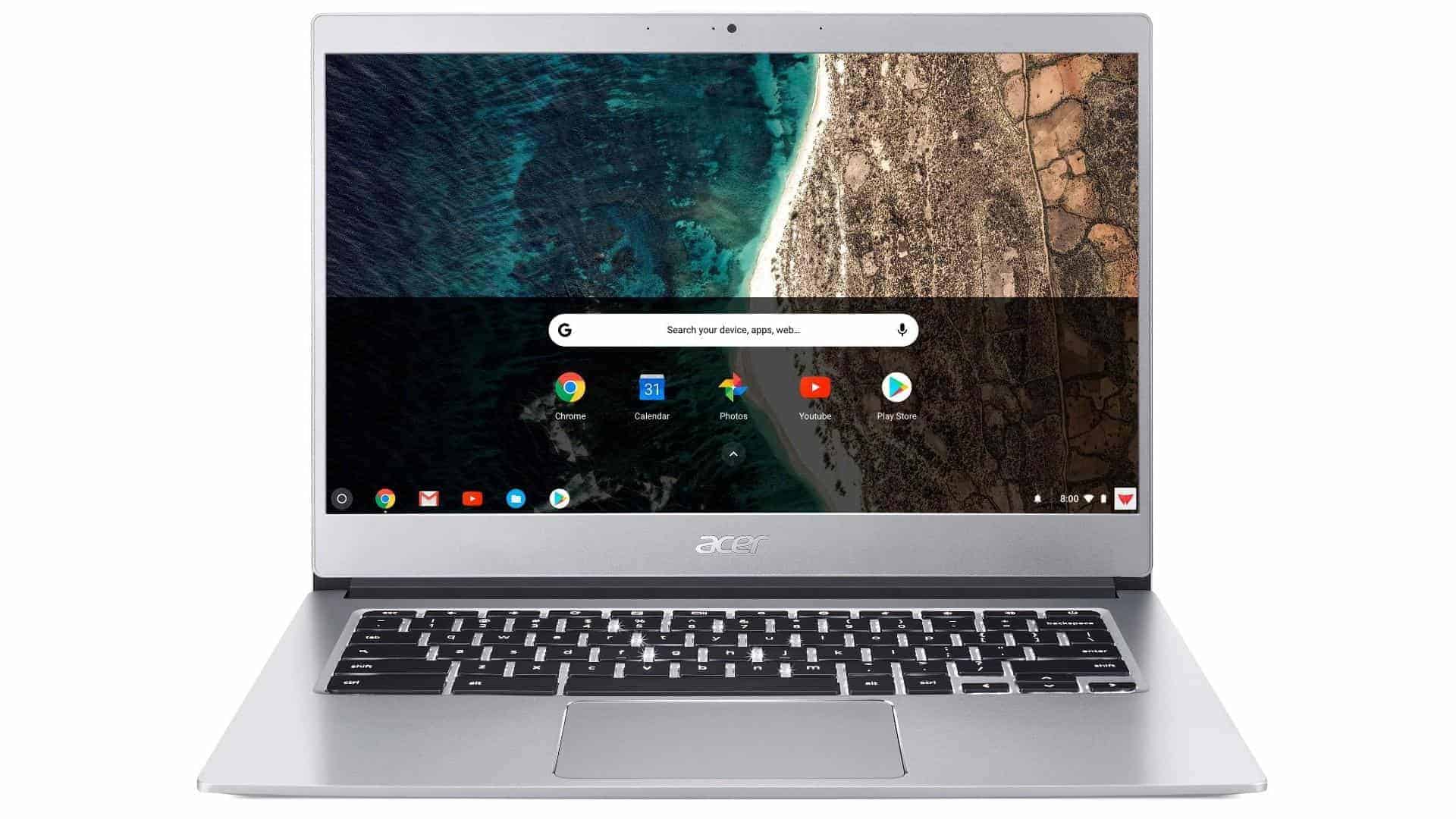 If you’re one of those people who need a backlit keyboard at night, well, the Acer Chromebook 514 does offer such a keyboard. Acer also claims that the Acer Chromebook 514 will be able to last you 12 hours of ‘normal use’, whatever they mean by that, which is also above average when it comes to Chromebooks. Two Type-C USB 3.1 ports have also been included in this device, while you will find a regular USB port located next to them as well. A 3.5mm headphone jack was not omitted by the company, it’s still included here, and so is an SD card slot. Those of you who are interested in getting this Chromebook should know that it will be arriving to North America in October, while other markets will get it a bit later on.

Acer, unfortunately, did not share all the necessary details when it comes to this Chromebook, so we do not know what processor will be fueling the device, nor how much RAM and storage will Acer include in it. That being said, the company did manage to surprise quite a few people by announcing this Chromebook, and if the processor and RAM count end up being decent enough, this Chromebook may end up being one of the most popular Chromebooks out there, which is why we’ve decided to send an award its way. Acer is expected to share more information about this device in the near future, quite probably way before it becomes available, so stay tuned for that if the device managed to peak your interest.