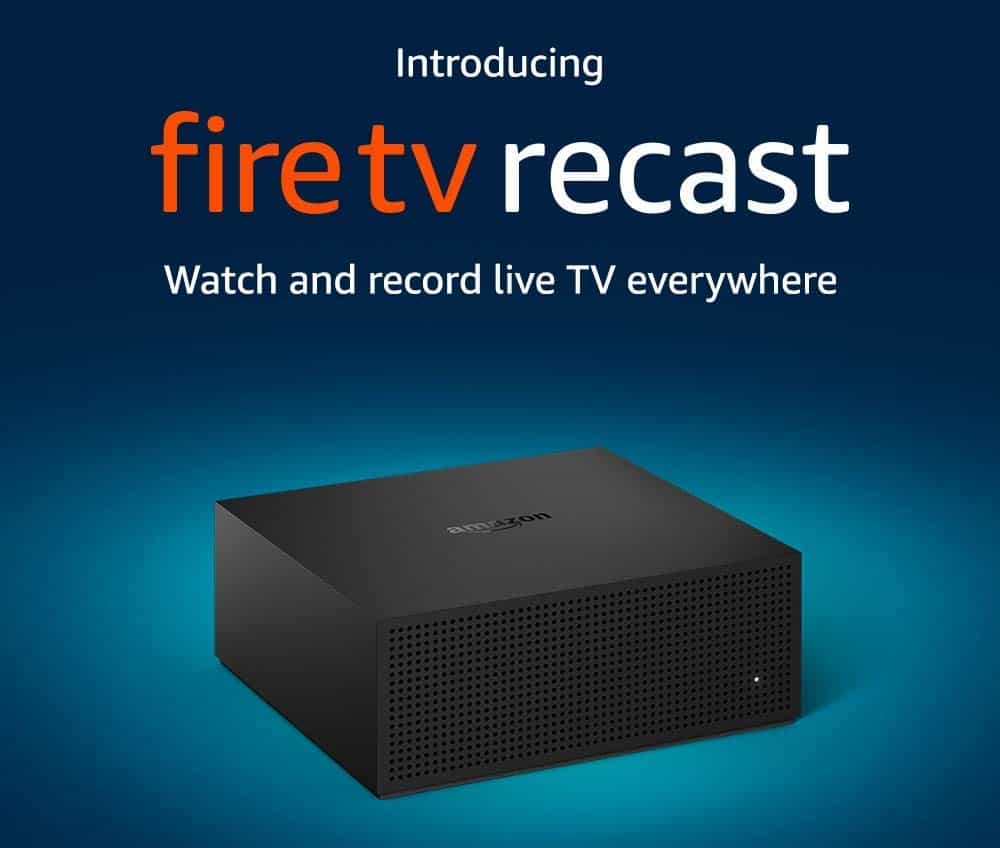 In short: Amazon has unveiled its new Fire TV Recast which is a DVR unit designed to record over-the-air live TV. In addition, the unit is also then capable of relaying recorded content to a number of Amazon-branded devices including the Echo Show and Fire tablets for playback. The Fire TV Recast costs $229.99, is now available to pre-order with shipping expected to begin in November.

Background: Options to cut-the-cord have been growing of late and Amazon already offers multiple ways for consumers to do this via its Fire TV OS platform including access to select live TV channels via its Amazon Channels service. The new Fire TV Recast is designed to further increase the availability of those users to engage with content that is broadcast locally over-the-air. Besides the initial cost there are no additional fees and all a user needs to do is connect a HDTV antenna to take advantage of the product. What’s more, while there are a number of added benefits of tying this with an Amazon Fire TV ecosystem (such as better integration, a more robust interface and Alexa voice control support), the DVR can also send content directly to other devices including Android smartphones. This goes for both recorded and live content as it airs, with users able to record up to four shows at the same time, and stream to two different devices at a time. Users will simply just need to download a Fire TV companion app which will then provide them with on-the-go access to content when connected to either a cellular network or Wi-Fi.

Impact: What Amazon has announced here is a device which will essentially provide customers with greater access to local TV content, and from a greater number of devices. Especially considering there is no particular need to have the Fire TV Recast in close proximity to the TV. If anything, this is its main selling point as it’s no longer a TV-related product due to the ability to stream and relay content to any device in the home. This means the unit can be positioned wherever is best to maximize the incoming signal from an antenna. With the Fire TV Recast, Amazon has effectively decoupled the DVR from the TV – and even from the living room.