A new update has started rolling out for the Sony Xperia XZ2 Premium, Sony’s current flagship smartphone. This new update brings some security-related improvements, but the main focus is on the camera, as you’ll be getting some new camera features and improvements with this update. This update brings the bokeh mode to the Xperia XZ2 Premium’s camera, which you can access by hitting the function key (below the shutter button). On top of that, you’ll also be getting a new monochrome effect, which you can also apply to your video content, not just your images.

The Xperia XZ2 Premium is made out of metal and glass, and it sports two cameras on the back. The device is fueled by the Snapdragon 845 64-bit octa-core processor, while it features a 5.8-inch QHD (3840 x 2160) display. Android 8.0 Oreo comes pre-installed on the phone, with Sony’s skin on top of it, while the device packs in 6GB of RAM and 64GB of internal storage. A 3,540mAh battery is also a part of this package, and it supports Quick Charge 3.0 fast charging. If you’d like to know more about the Xperia XZ2 Premium, follow this link. 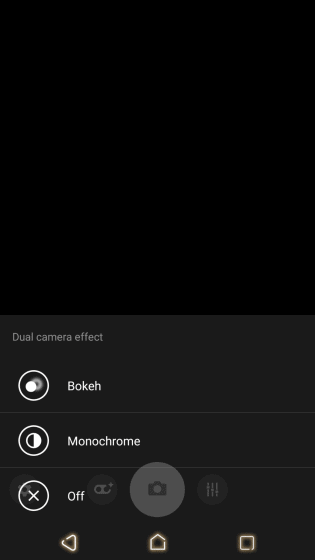