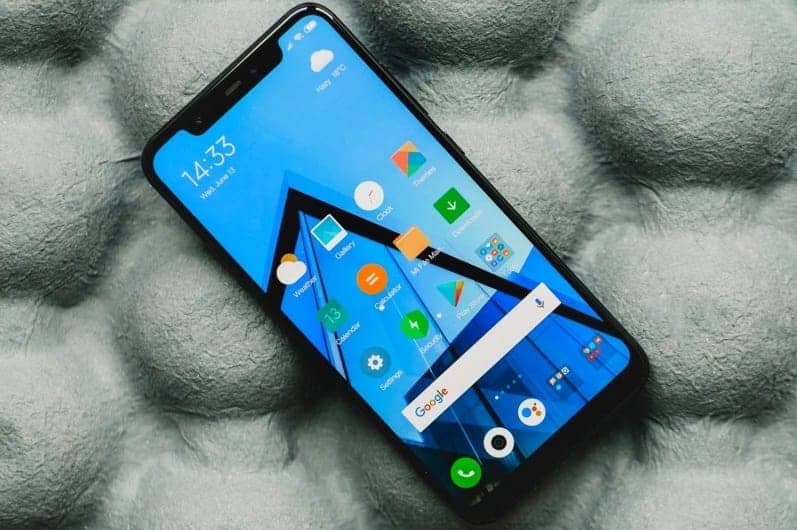 The Xiaomi POCOPHONE F1 is expected to become one of Xiaomi's upcoming high-end smartphones, and following its FCC listing last month, the device just surfaced in Romania, along with its images and specifications. That being said, this reveals more or less all info when it comes to the phone, even its price tag, which was also noted in the phone's listing in Romania, in case you were wondering.

The Xiaomi POCOPHONE F1 will be made out of metal, it seems, the phone will sport two vertically-aligned cameras on the back, while a fingerprint scanner will be located right below those two images. A dual-LED flash will be located next to the phone's rear-facing cameras, while the Pocophone branding will be located on the back as well. The POCOPHONE F1 will sport thin bezels, while a 'chin' will be included below the display, and a display notch will also be a part of the package. The phone's notch will be rather wide, while all physical keys will be included on the right-hand side of the POCOPHONE F1. Now, as far as specs are concerned, the POCOPHONE F1 will feature a 5.99-inch fullHD+ (2246 x 1080) display with a 2.5D curved glass on top of it. Qualcomm's Snapdragon 845 64-bit octa-core processor will fuel the phone, while it will also include 6GB of LPPDR4X RAM, and either 64GB or 128GB of expandable storage, depending on the variant.

Android 8.1 Oreo will come pre-installed on the Xiaomi POCOPHONE F1, along with Xiaomi's MIUI 9 skin on top of it. The device will include two nano SIM card slots (hybrid setup), while you will be able to find 12 and 5-megapixel cameras on the back fo the device. A single 20-megapixel camera will sit on the phone's front side, while a 3.5mm headphone jack will also be included in the package. A 4,000mAh battery will be included as well, and it will support Quick Charge 3.0 fast charging. The device will be priced at 1999,00 Romanian Leu ($497), if the provided info is to be believed, and it's expected to become official in the near future, as the company's budget flagship, if that makes sense.