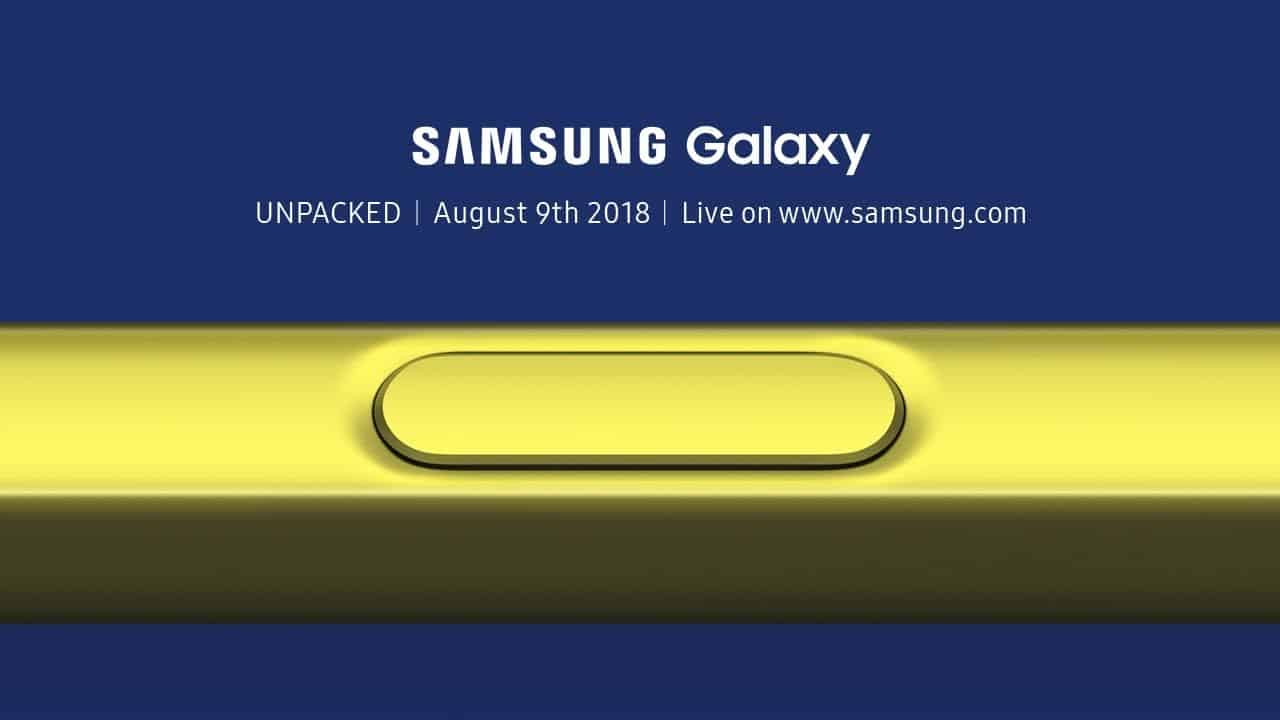 Samsung is set to unveil the Galaxy Note 9 at its Unpacked event today in Brooklyn, New York. The Galaxy Note 9 is one of the most anticipated smartphones of the year, and you can watch Samsung announce the device in real time. The live stream will start just before 11 AM EDT, and the event will last around an hour. The main "Unpacked" event this time around is the Galaxy Note 9, but Samsung is rumored to be announcing two other products at the happening as well. Many are expecting to see the much-anticipated Galaxy Watch and the Bixby smart speaker.

The Samsung Galaxy Note 9 has leaked out quite a bit over the last few weeks, leading up to the announcement today. It's expected to sport a 6.4-inch display, which would make the display just a tad larger than the Galaxy Note 8, but still be about the same physical size. Under-the-hood, Samsung is expected to have a Snapdragon 845 chipset, with 6GB of RAM and up to 512GB of storage. Though many regions will likely get 64GB or 128GB of storage. Samsung is also rumored to be upping the capacity of the battery to 4000mAh, which might be a bit surprising after the whole Galaxy Note 7 debacle, but it's definitely needed. Pre-orders for the Galaxy Note 9 are expected to start tomorrow, with the device being available in mid-August.

In addition to the Galaxy Note 9, the Galaxy Watch is also rumored to debut. This is supposedly the Gear S4, but Samsung is getting rid of the "Gear" name here and going back to "Galaxy". This could be because the watch will reportedly run on Google's WearOS instead of Samsung's Tizen, which the Gear smartwatches have been running on in recent years. Then there's the Bixby speaker, which we still don't know a ton about, but it is expected to be built by Harman Kardon – after all, Samsung did buy Harman a couple of years ago. So there's bound to be some surprises at Unpacked today, and you can watch Samsung unpack everything down below.