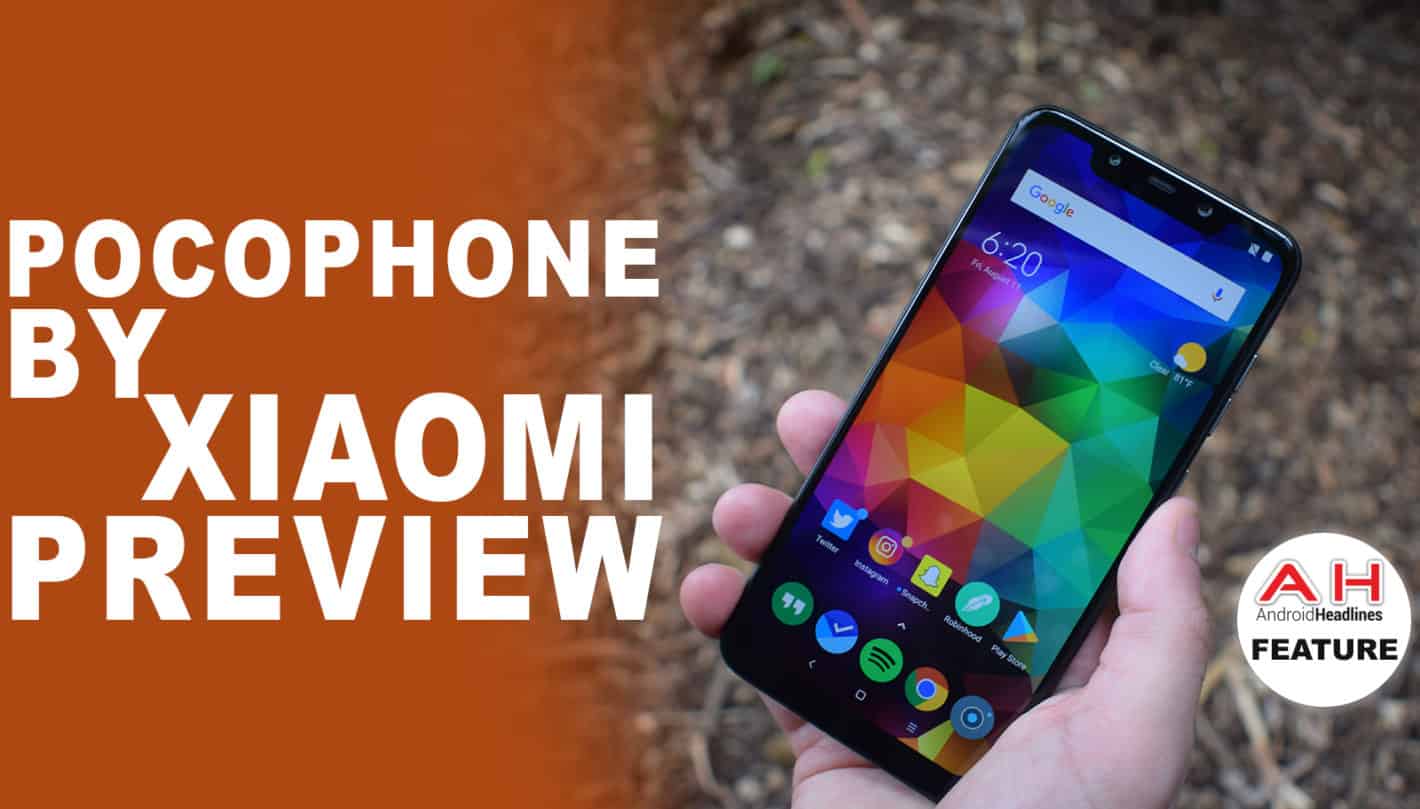 Pocophone F1 by Xiaomi is the latest in affordable smartphones from the Chinese electronics giant, but it's certainly not what is expected from an affordable smartphone, especially not in the world of $1,000 flagship phones. Xiaomi is launching the Poco first in India with a number of different models available: 6GB RAM/64GB storage model is Rs. 20,999 ($300), 6GB RAM/128GB storage model is Rs. 23,999 ($344), and the 8GB RAM/256GB storage model is Rs. 28,999 ($415).. Despite what the price might initially make one think, the phone is a flagship-tier device at every level. The Snapdragon 845 processor runs the experience, while a 6.18-inch FullHD+ IPS LCD screen sits up front. A giant 4,000mAh battery powers the phone with QuickCharge 3.0 through the USB type C port on the bottom, and yes, it even includes a 3.5mm audio jack.

The concept behind is the phone is that Xiaomi is trying to get back to the basics, focusing on a product that's blazing fast and offers what consumers want, all without fluffing up the price tag with meaningless features and bullet points. Impressively enough, the Snapdragon 845 inside even has a liquid cooling element to keep performance high for longer periods of time, something we don't often see on phones that cost less than $1000. Particularly interesting to both the idea of only launching outside of China and getting back to basics, is Xiaomi's use of a custom version of MIUI 9.6, simply called MIUI for Poco.

While Xiaomi already has a line of phones dedicated to running the Android One ecosystem, an ecosystem that's focused on simplicity and fast updates, Xiaomi seems determined to launch the Pocophone with a base set of features all while not compromising on that speed we just talked about. Indeed this is as fast as you would expect from a $1000 flagship phone, not necessarily one that retails for under $500. You'll also find that, despite having phenomenal performance, the Pocophone lasts a long time on a single charge. The average smartphone user should be able to get 2 days of battery life with this phone, give the large 4,000mAh battery and the efficient OS inside. Check out our hands-on below, and don't forget to subscribe to us on YouTube!