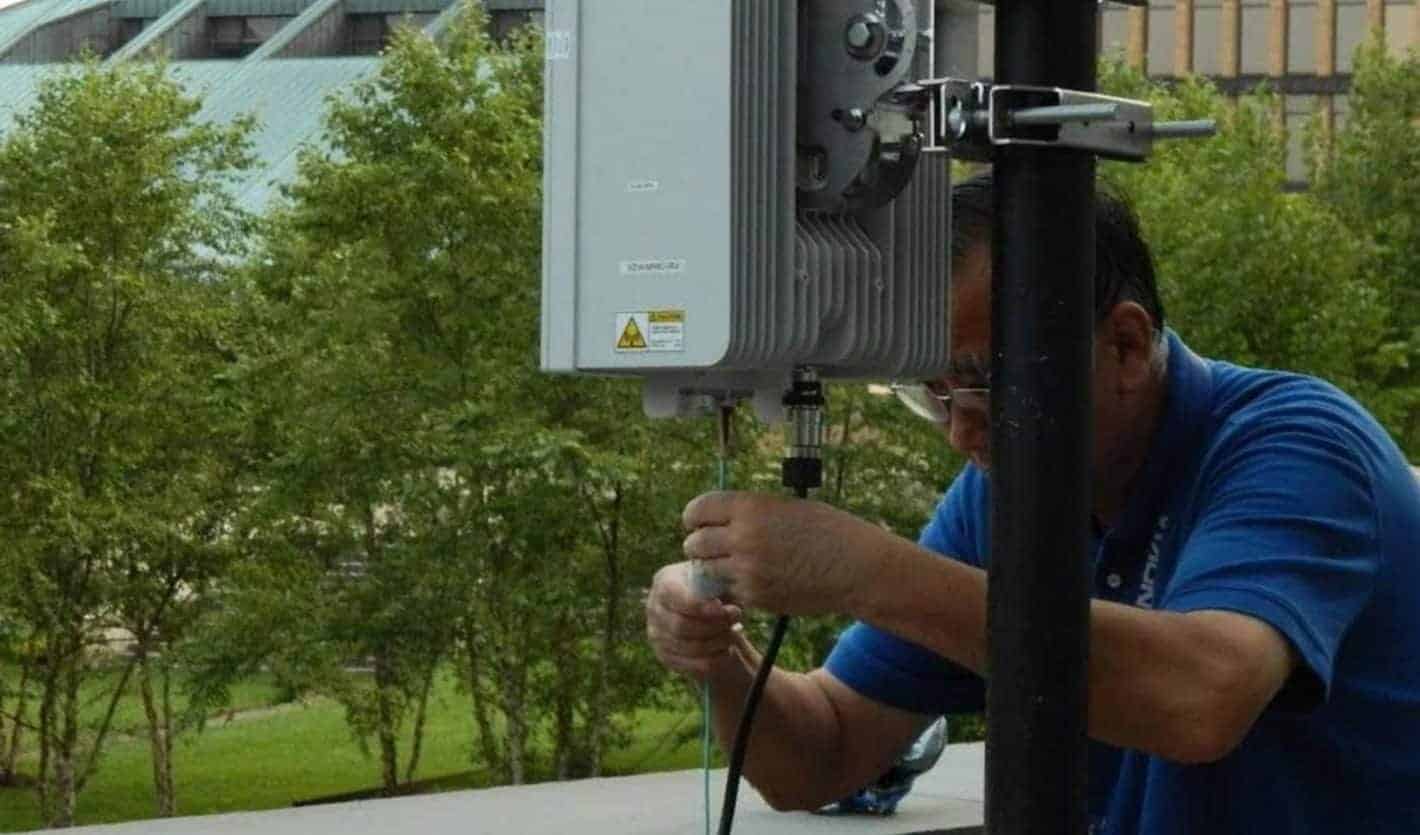 Verizon and Nokia completed the industry's first 5G New Radio call from a moving vehicle, the two companies revealed Friday, describing the experiment's success as a major milestone for wireless research and development. Bill Stone, Verizon's VP of Technology Development and Planning, argued that the firm's test is significant by virtue of the fact that it wasn't conducted in a perfectly controlled lab environment and demonstrates how the network operator is getting closer to offering a truly wireless next-generation telecom service.

The experiment itself was conducted using Verizon's 28GHz spectrum and two 5G NR radio stations installed on a Nokia building. The infrastructure in question transmitted voice to a moving vehicle using a conventional receiver antenna, with the car itself traversing the route between the two aforementioned ratios. The call itself was successfully completed with no interruptions, using the technology that's fully compliant with the 3GPP's latest 5G NR standards. The showcased solution won't amount to a commercial product until at least 2019, even though Verizon already announced plans to launch a limited 5G service in select U.S. cities later this year. However, that particular project will be focused exclusively on 5G fixed wireless access, a broadband alternative meant to replace traditional routers.

Verizon is hoping to start large-scale deployment of wireless 5G infrastructure in the first half of the next year and is targeting nationwide coverage by 2020. AT&T has so far matched its roadmap with its own tests, whereas T-Mobile and Sprint are also pursuing countrywide coverage within the next two years, though their 5G plans may end up being significantly altered depending on whether their proposed merger ends up being approved by the federal government. Verizon's 5G FWA service will be coming to Indianapolis, Houston, Los Angeles, and Sacramento by the end of the year, the company confirmed earlier this summer. The technology itself is widely predicted to deliver an economic boom by creating new jobs required by emerging solutions such as VR, AR, remote surgery, driverless vehicles, and 4K live-streaming.