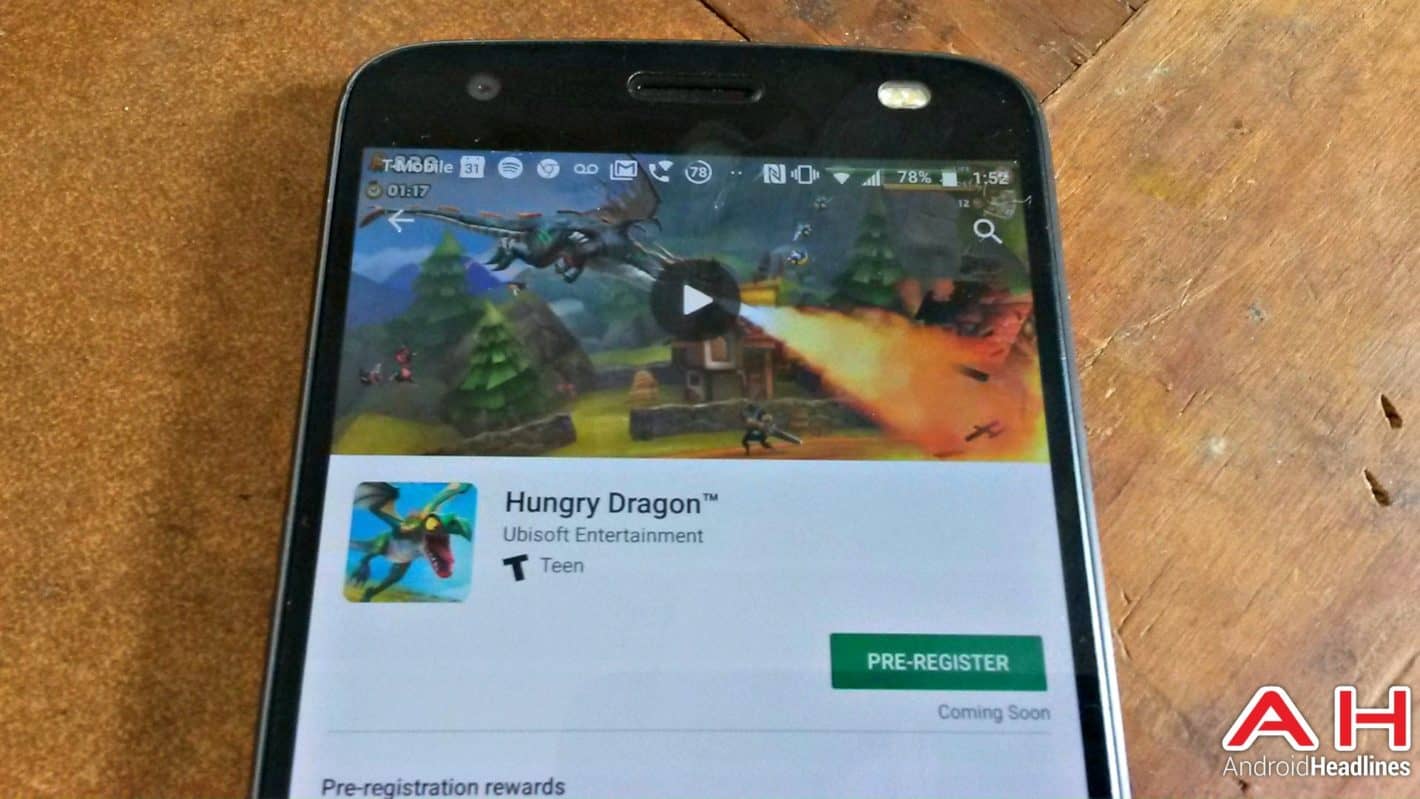 Ubisoft's celebrated Hungry Shark series has now spawned a spinoff, called Hungry Dragon, that's currently up for pre-registration in the Play Store. Those that pre-register to pilot their very own Hungry Dragon and gobble up medieval worlds will get special rewards depending on how many people do the same, with prizes ranging from a pittance of in-game gold to a special in-game pet at 3 million pre-registrations. The game is coming out on August 30, giving would-be players only a couple of weeks to spread the word in hopes of helping the game reach the 3 million mark and netting that sweet unicorn.

The trailer and screenshots make no secret of the fact that this game is basically Hungry Shark but with dragons instead of sharks, and that is definitely a good thing. Expect to torch, scratch, smash and chomp a number of medieval fantasy mainstays, such as sword-wielding goblins, villagers and knights, along with some more outlandish fare, like giant trolls and literal flying pigs. The free-roaming game includes a number of unique dragons with their own unique abilities, such as Fire Rush, a rampage in the form of a massive inferno that reduces everything around to ash. You can also equip your dragons with stat-boosting costumes and pets in your quest to cause as much chaos as possible and fill the bellies of each member of your personal stable of dragons. Dragons may be huge and powerful, but they're definitely not immortal, and you'll have to overcome that by facing down dangers like giant obstacles ready to smash your dragons and powerful knights looking to slice them to ribbons.

This game has a lot to live up to; Not only is it part of a rare segment of games that cast you at least in some parts as a dragon, a creature that normally faces off against the player character, it's looking to rub shoulders with Ubisoft's beloved and long-running Hungry Shark series. Compared to its predecessor, the game boasts a new setting, a massive number of new mechanics, and gameplay on a grander scale than ever before. On the 30th, Hungry Dragon will be available for free in the Play Store and the mobile gaming population will get to see if all the pieces fit. Hit the Google Play button below to pre-register for the game and lock in your reward, whatever it ends up being.