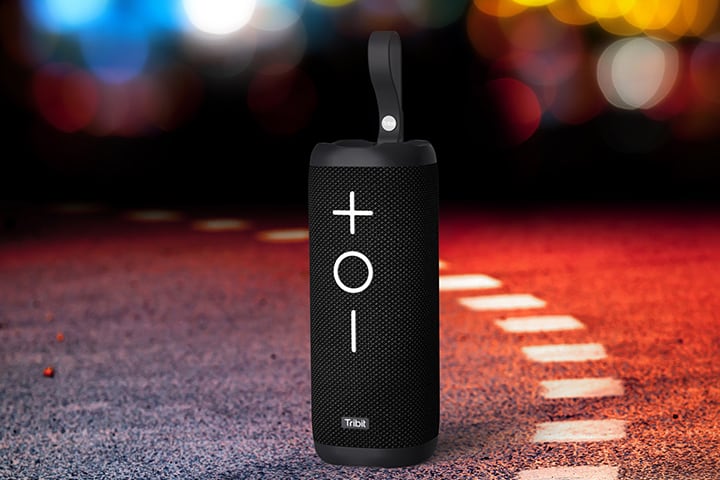 Tribit has a new Bluetooth Speaker that's coming out soon, in the XBoom. This is a 360-degree speaker, that is also waterproof. The XBoom is not out just yet, but you can sign up on its site to be notified when it does launch in the near future – that link is at the bottom of this post. This XBoom has some pretty good bass included here as well, which is being called XBass Technology. It has dual passive radiators which work together to provide rich bass from this speaker, and hit every single note. While the bass is pretty heavy here, it won't overpower the mids and highs, and that's thanks to Tribit using these dual passive radiators here.

The XBoom is also waterproof, as already mentioned. But on top of that, it can also continue playing under-water. That makes this a great speaker to take the to beach or to the pool. Tribit says that this is rated at IPX7, so it'll be able to be submerged under water for up to 30 minutes at a time, without damaging the speaker. This is a pretty popular feature of Bluetooth speakers these days, so it's pretty much expected on newer models, but definitely good to see. This would also make a pretty good shower speaker, for those that do need a speaker in the shower. Tribit is going to allow the XBoom to daisy chain to other XBoom speakers. This means that you could use them as a stereo speaker setup, or use them in a large outdoor setting to get music to everyone outside. Being that this is a 360-degree speaker already, it should do a pretty good job at reaching everyone's ears anyways.

There's a 5200mAh capacity battery included in the Tribit XBoom, which the company touts as lasting around 20 hours of continuous playback. That is pretty good for the size of this speaker, and the fact that it is sporting dual passive radiators (which typically uses more juice). That is enough battery life to get the XBoom to last an entire day and then some. You can connect to the Tribit XBoom using Bluetooth 4.2, which means that it's not going to use a ton of battery from your smartphone while it's playing music. You can sign up to receive more information from the Tribit XBoom using the link down below.

Advertisement
Tribit XBoom
Advertisement
Trusted By Millions
Independent, Expert Android News You Can Trust, Since 2010
Publishing More Android Than Anyone Else
8
Today
111
This Week
218
This Month
4203
This Year
105680
All Time
Advertisement