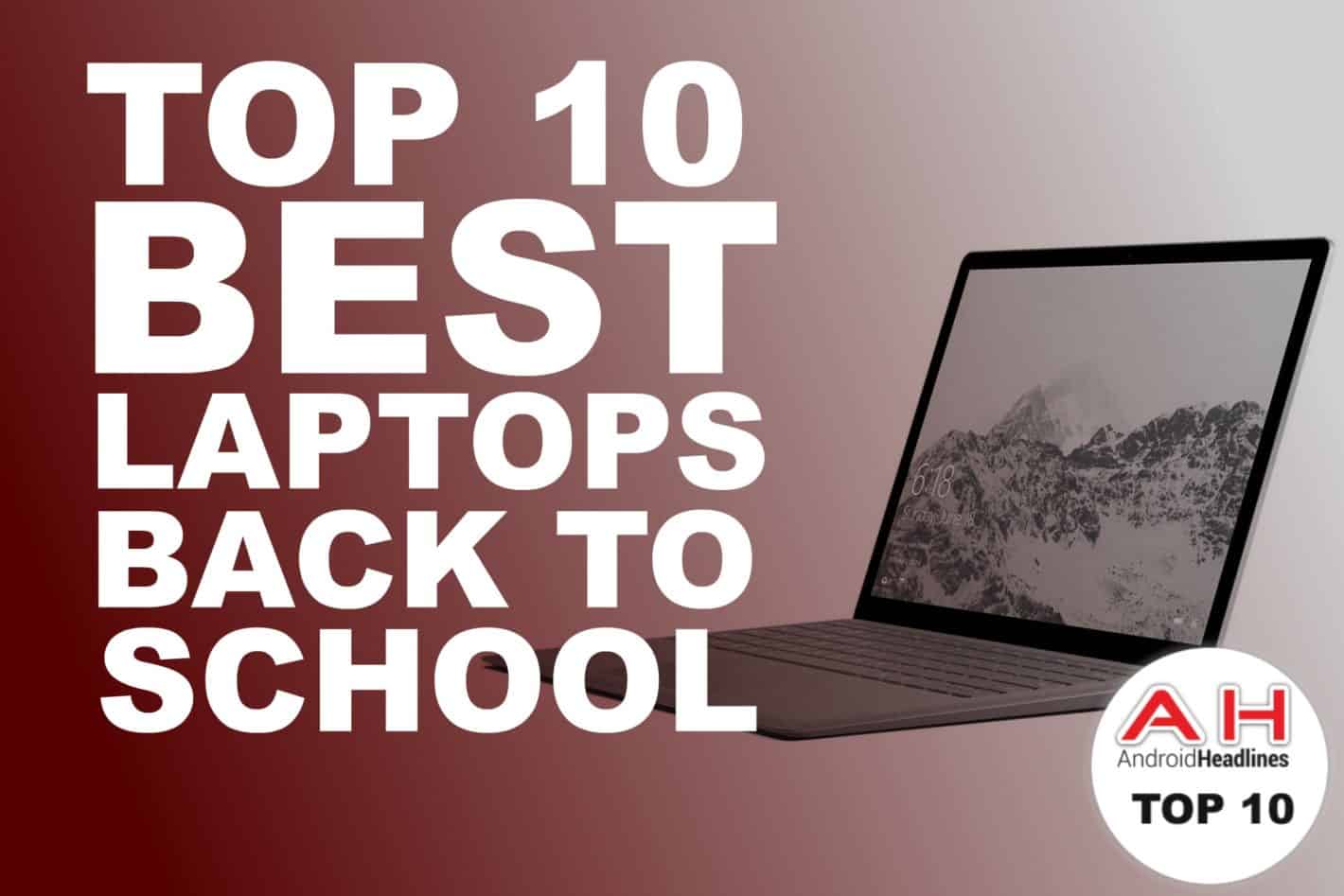 It's Back To School season, which means it's the perfect time to look for a new laptop. Whether you're going back to school or not, this is the time of year that you'll find the best deals on new and refurbished laptops and desktops, so it's a good time to keep an eye out for one. If you are heading back to school, you're going to want a laptop that is more than capable to get your school work done, and also have some fun when you're not in class. We've rounded up ten of the best laptops down below. The majority of these are Windows 10-based laptops, while there are also a few Chromebooks included.

On the Chromebook side, our favorite is the ASUS C302 Chromebook Flip. This is a Chromebook that can also double as a tablet, thanks to the touchscreen display there. But it is also built very well, with some great specs. It includes an Intel Core M3 processor with 4GB of RAM and 64GB of storage. So it's going to be powerful enough to write papers, do some research and much more. Chromebooks have Google Drive built-in, which includes Google Docs so you'll be able to type up papers even when there's no internet connection which is nice.

When it comes to Windows laptops, the Surface Go is a really good option. It's a cheaper laptop that is actually a tablet first. It sports an Intel Pentium processor with 4GB of RAM and 128GB of storage (there is also a 8GB/256GB model available for slightly more). The Surface Go comes with the TouchType keyboard as well as the Surface Pen, which is great for getting all sorts of things done. No matter which laptop you pick from the list below, they will all perform very well, whether it's for getting some school work done, or playing Fortnite, you won't be disappointed. 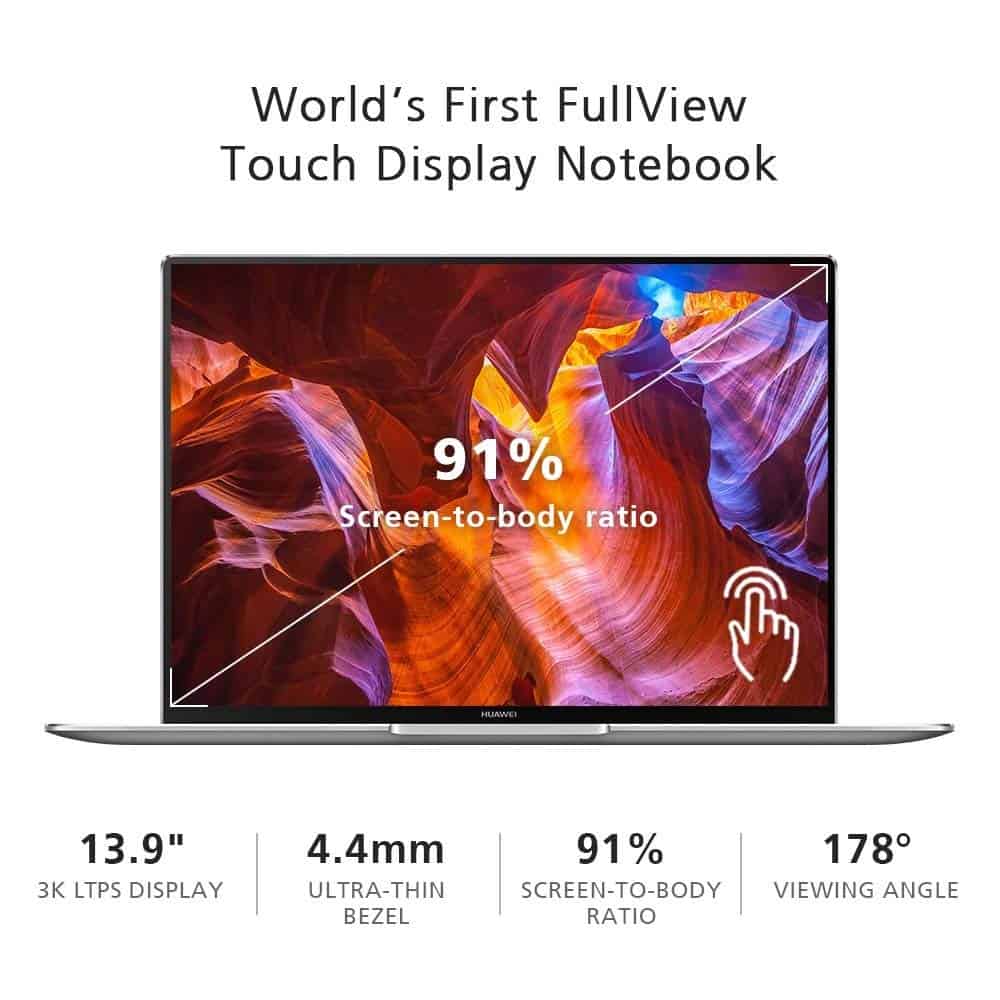 The Huawei MateBook X Pro is a really thin and light laptop, which makes it a great choice for taking back to school. It sports a 13.9-inch touch screen, which is a 3:2 aspect ratio with a 3K resolution. Under-the-hood, you’ll find the Intel Core i5-8250U, with 8GB of RAM and 256GB of SSD storage here. Huawei also includes Office 365 Personal, so you’ll still be able to use Microsoft Word, PowerPoint, Excel and other programs of the sort. 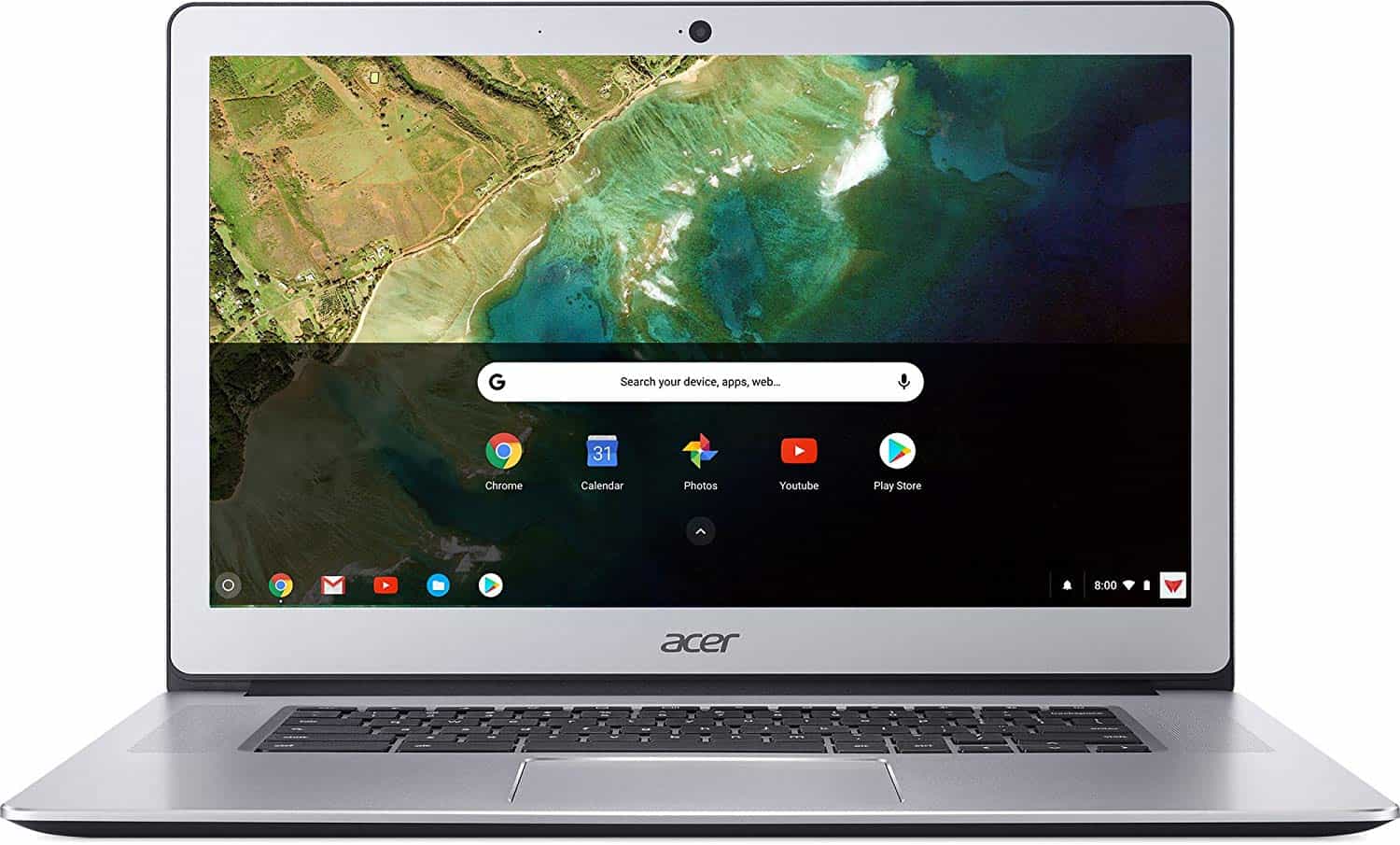 This Chromebook from Acer is going to be one of the cheaper models on this list, but it is still very capable. It is running on Chrome OS, so you’re going to have Chrome installed, as well as many Android apps and games here. It sports a 15-inch full HD display, with the Intel Pentium N4200 processor inside. Acer is also using 4GB of LPDDR4 RAM here along with 32GB of SSD storage. 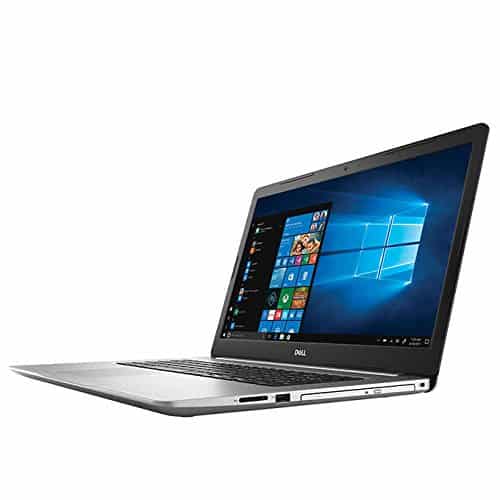 This is the 2018 version of Dell’s popular Inspiron 15 laptop. It sports a full HD IPS touchscreen here, so it’s not the highest-end model which has a 4K display. It does have the Intel Corei5-8250U processor inside with 12GB of RAM, and 1TB of HDD space. Dell is touting that there is MaxxAudio Pro audio included here, so that you’re going to get some great sounding audio out of this laptop, making it great for consuming media. 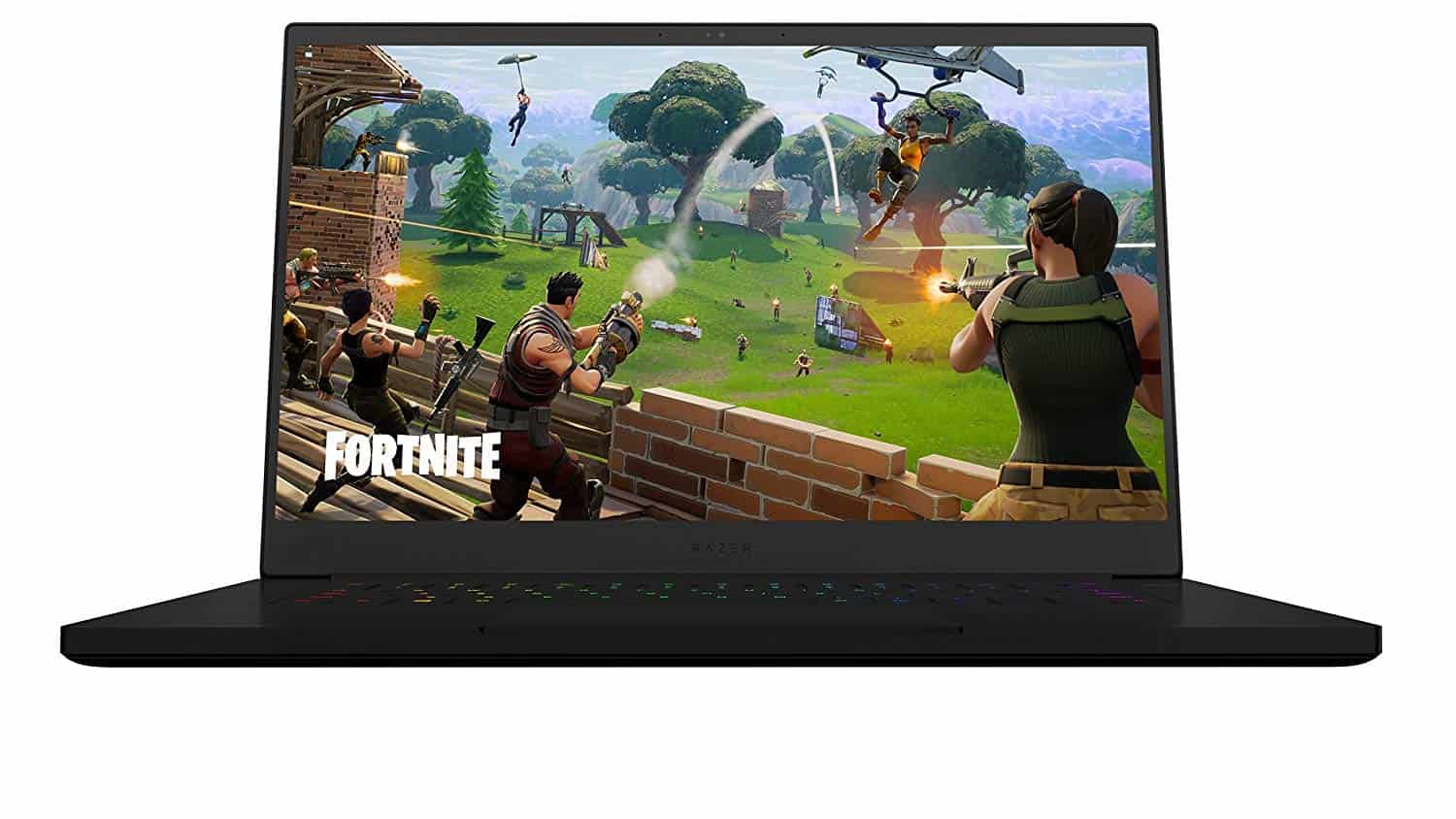 If you’re wanting a good gaming PC for the upcoming school year, the Razer Blade is definitely the one to check out. The Razer Blade sports a 15.6-inch full HD edge-to-edge display, which is color calibrated, so it’s going to look great. Inside, you’ll find a 8th generation Intel Core i7-8750H six-core processor, with an NVIDIA GeForce GTX 1070 Max-Q Design VR Ready graphics and 16GB of RAM with 512GB of SSD storage. 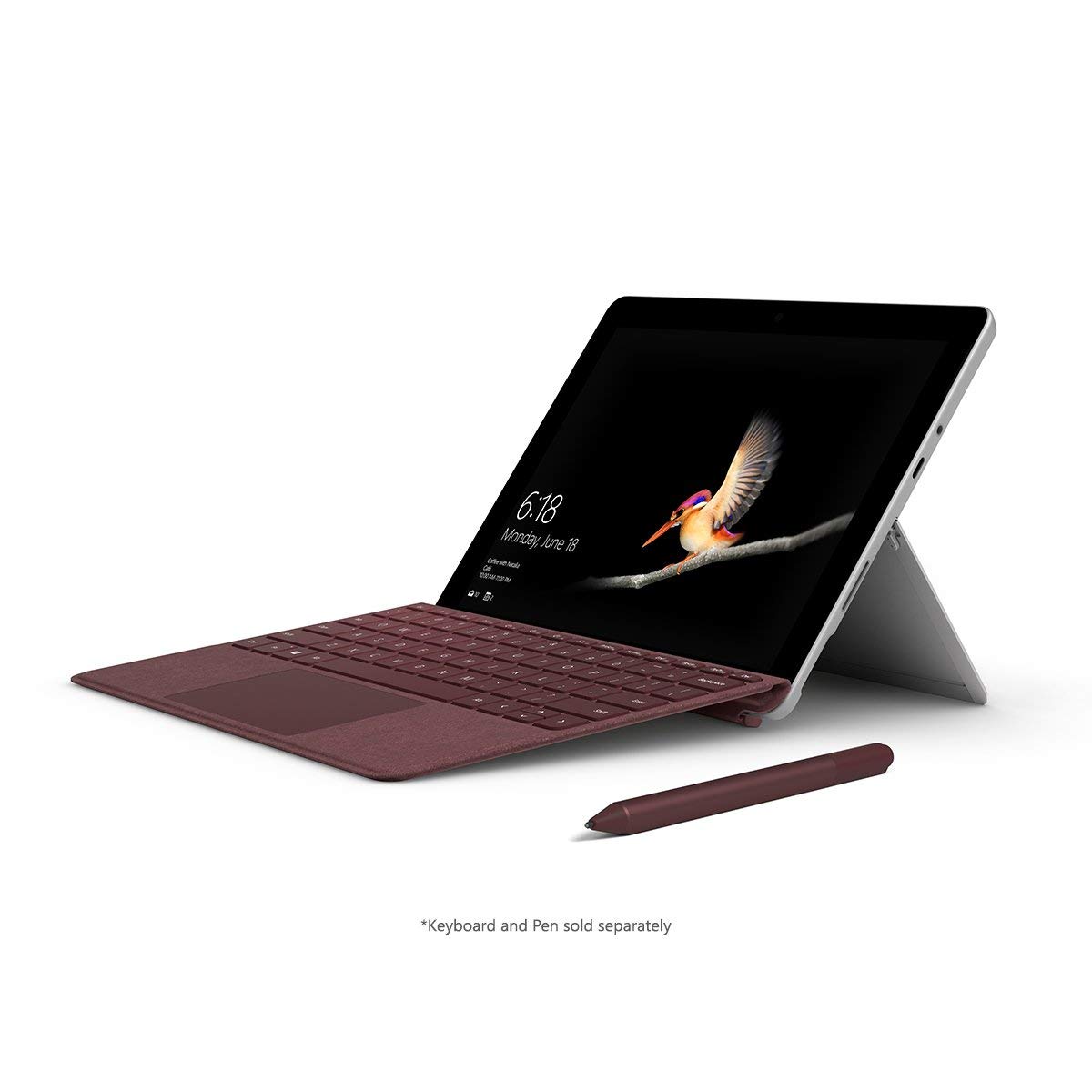 If you’re looking for something that’s pretty lightweight, the Microsoft Surface Go is going to be a good option to pick up, and it’s just $549. The Surface Go sports a 10-inch touchscreen, and since this works as a tablet as well, that’s a good thing. It is powered by an Intel Pentium Gold processor, with 8GB of RAM and 256GB of SSD storage. These aren’t the best specs out there, but in a tablet, they are going to be more than enough. 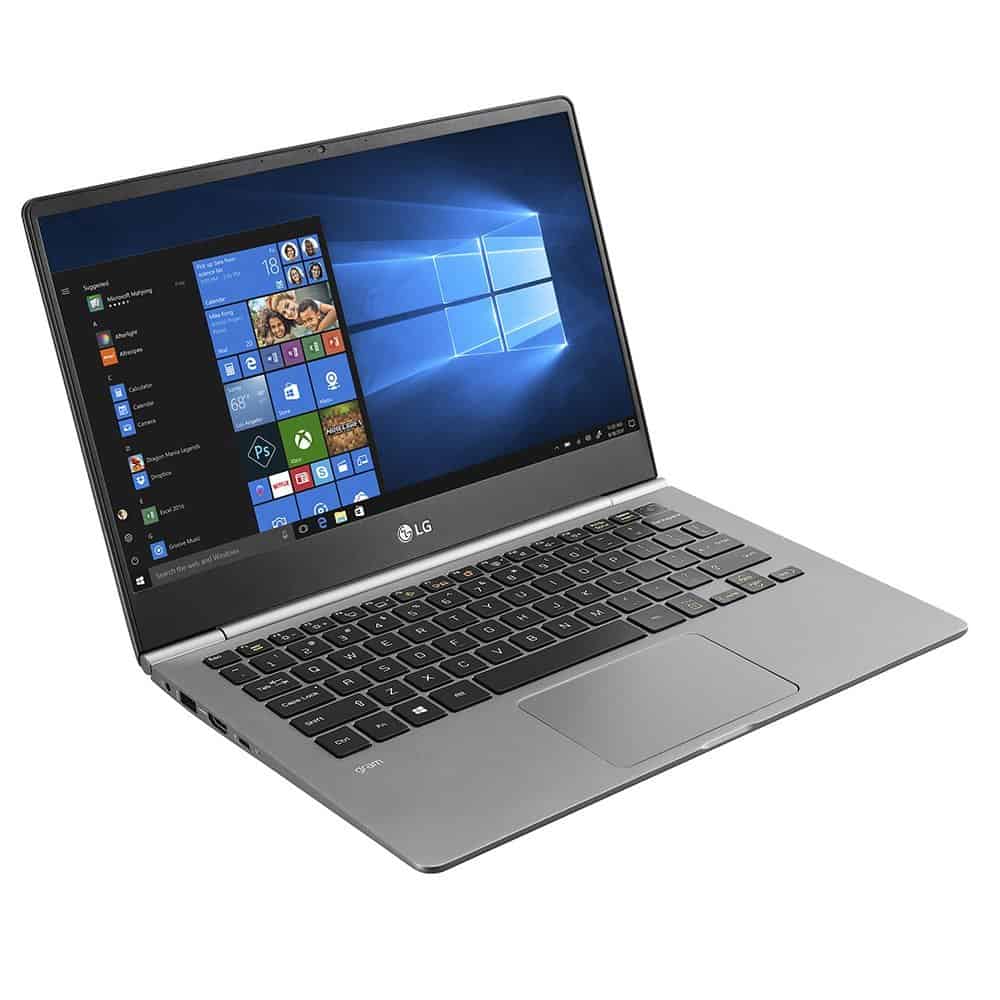 The LG Gram has been a very popular laptop in recent years, because it’s thin and light, with some incredible battery life. Which is a great recipe for a college laptop. The LG Gram has a 13.3-inch full HD touchscreen display, with an 8th Generation Intel Core i7 processor, with 8GB of RAM and 256GB of SSD storage. LG does also include a back-lit keyboard on this laptop as well. 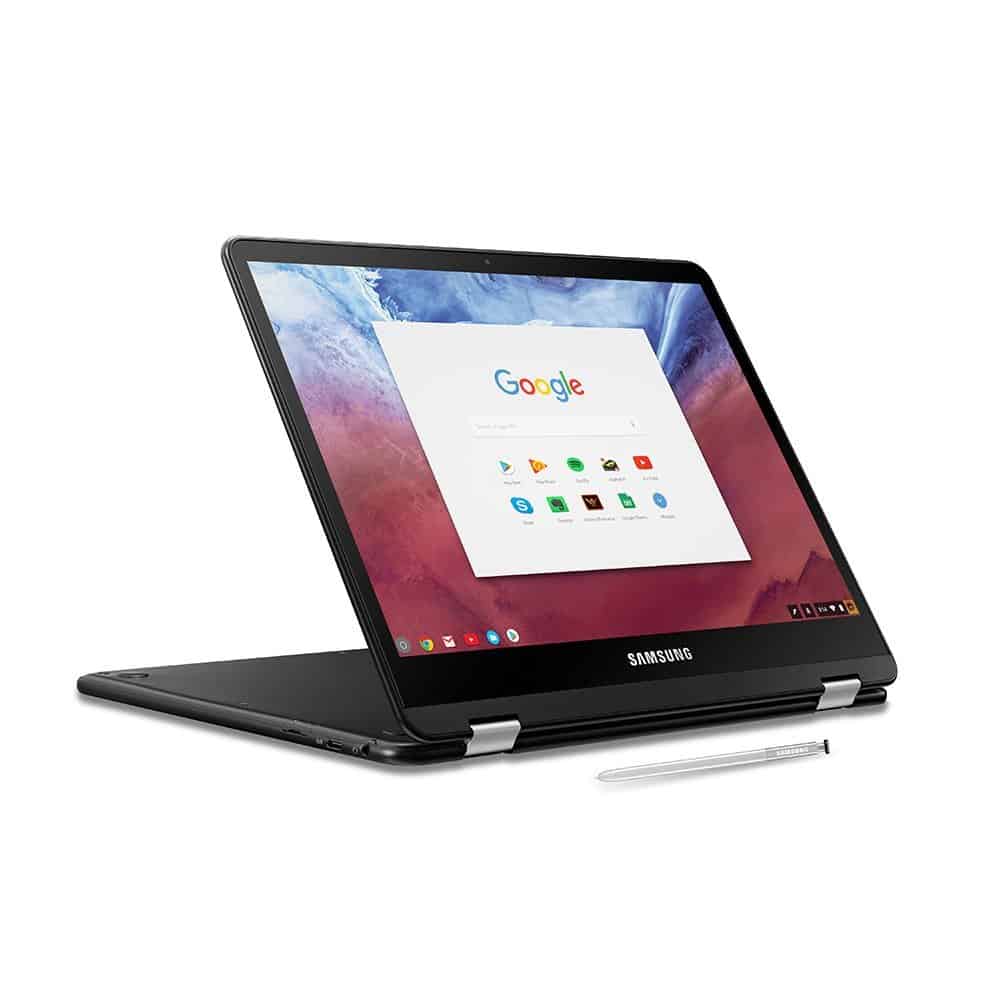 The Samsung Chromebook Pro is one of the more high-end Chromebooks out there, and still sports a really great price tag, coming in at under $600. It sports a 12.3-inch 2400×1600 resolution display here, powered by Intel Core M3 processor, with 4GB of RAM and there is also 32GB of SSD storage here, so that you have plenty of fast storage here. Samsung has also made this spill resistant. 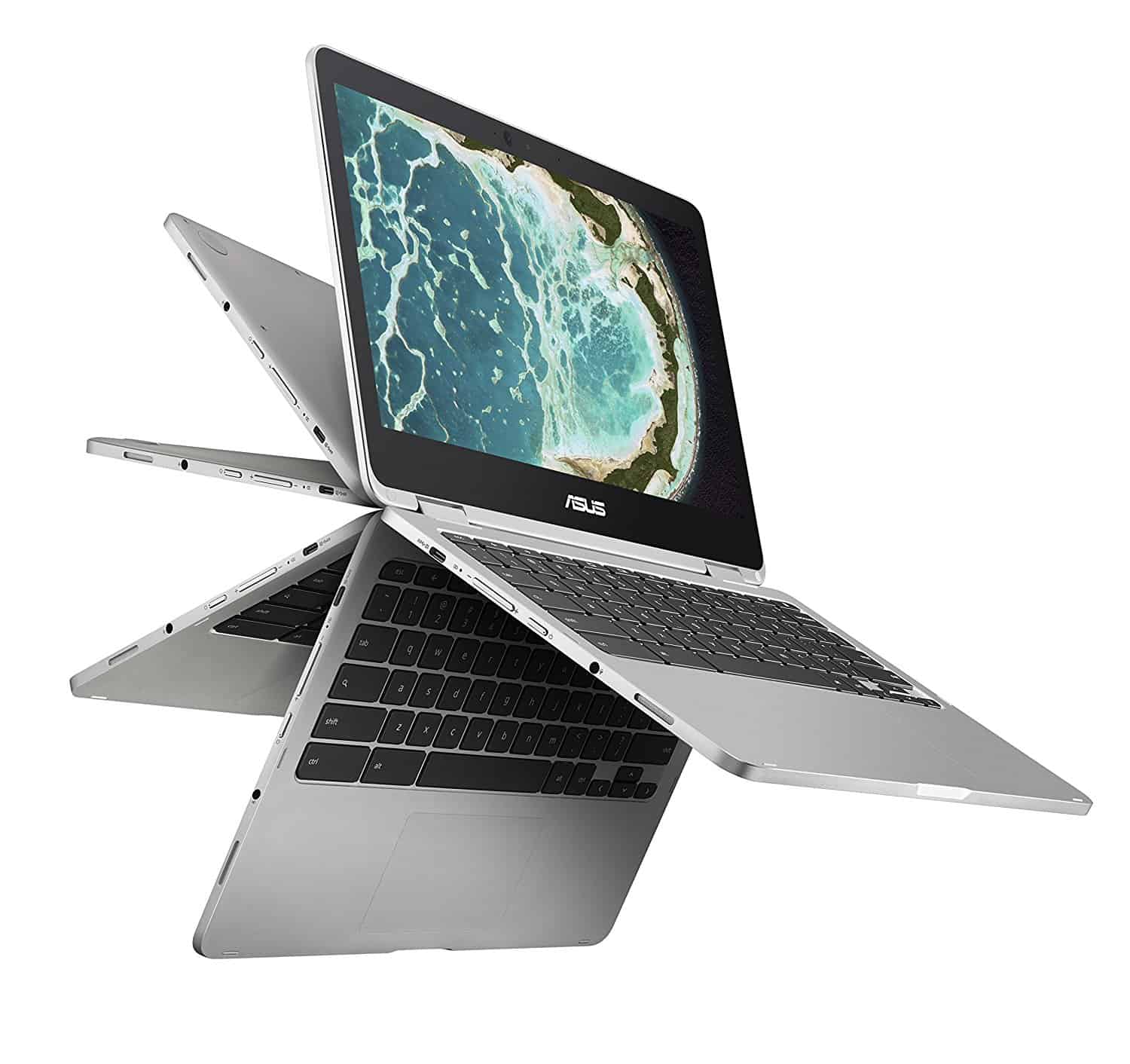 The ASUS Chromebook Flip C302 is the company’s current flagship Chromebook and it’s not hard to see why. It sports a 12.5-inch touchscreen display here, and has an Intel Core M3 processor inside with 4GB of RAM and 64GB of storage. The C302 is also a very lightweight laptop, weighing in at around 2.65 pounds, which is pretty lightweight for any laptop. Battery life is also rated at around 10 hours. 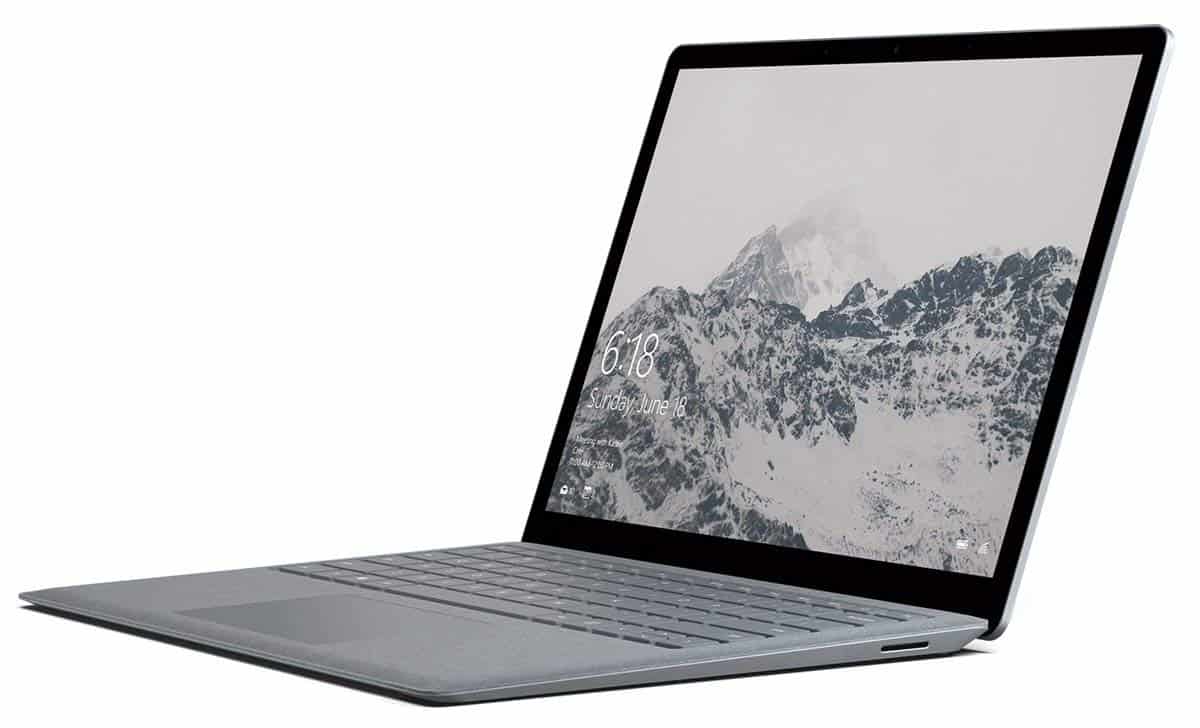 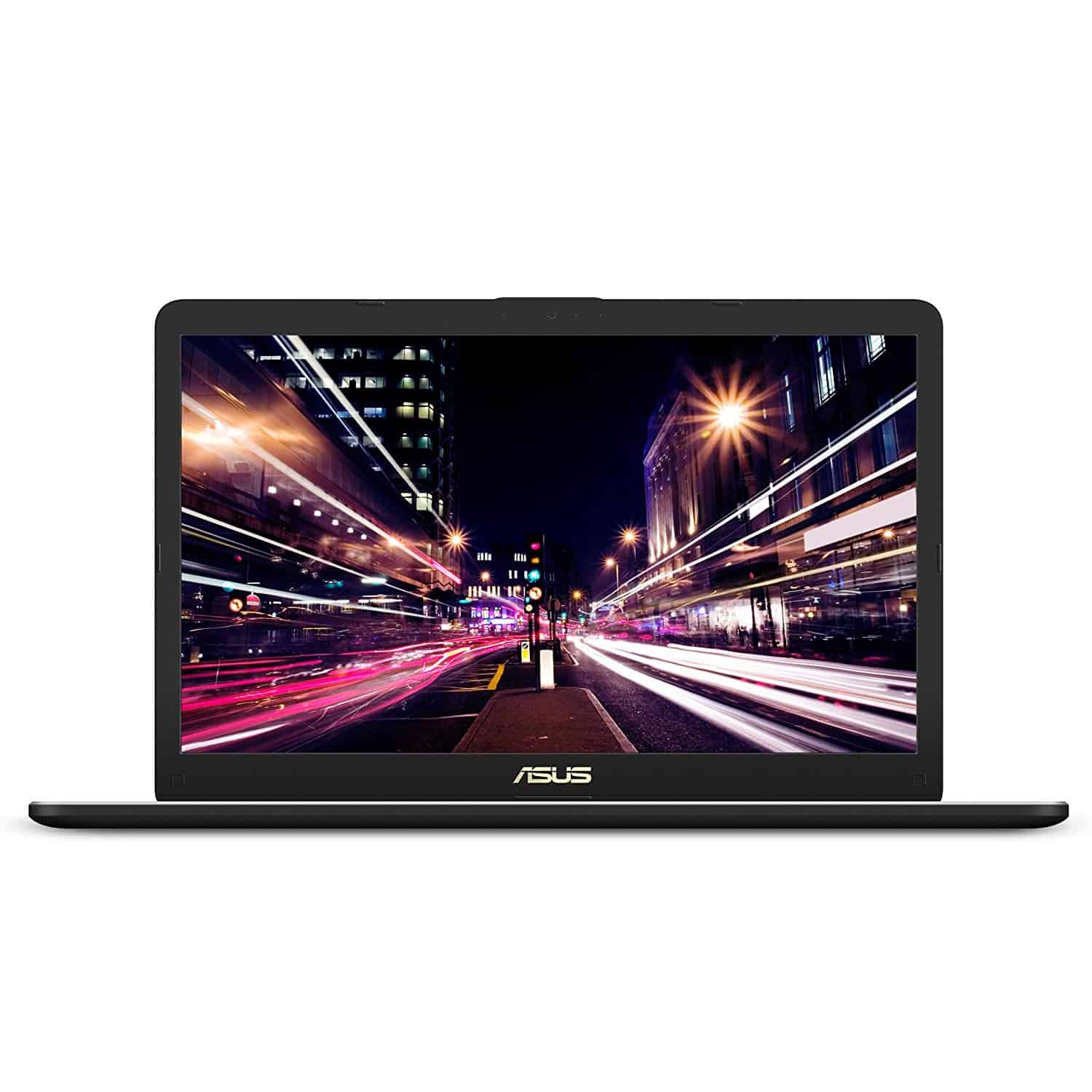 The ASUS VivoBook Pro is a great laptop to pick up, especially if you’re looking for something with a larger display. This one sports a 17-inch full HD display. It is powered by the Intel Core i7-8550U processor with 16GB of RAM and 256GB of storage along with a 1TB HDD. ASUS also has the NVIDIA GeForce GTX 1050 here making this a really great gaming laptop to pick up.

Buy Now!
Trusted By Millions
Independent, Expert Android News You Can Trust, Since 2010
Publishing More Android Than Anyone Else
13
Today
13
This Week
505
This Month
3017
This Year
104496
All Time
Advertisement