There are a ton of camera applications available in the Play Store, though many of them are not good at all. In the list down below, we’ve hand-picked ten solid camera applications, do keep in mind that these are all general camera apps, not a single one of them is focused on GIFs, stickers, or anything of the sort, at least not mainly on that. Down below you will find only cameras that are available in the Google Play Store and are compatible with pretty much every modern Android smartphone, which is why Google’s Camera is not listed here, same goes for ASUS’ PixelMaster camera, despite the fact both are quite capable. 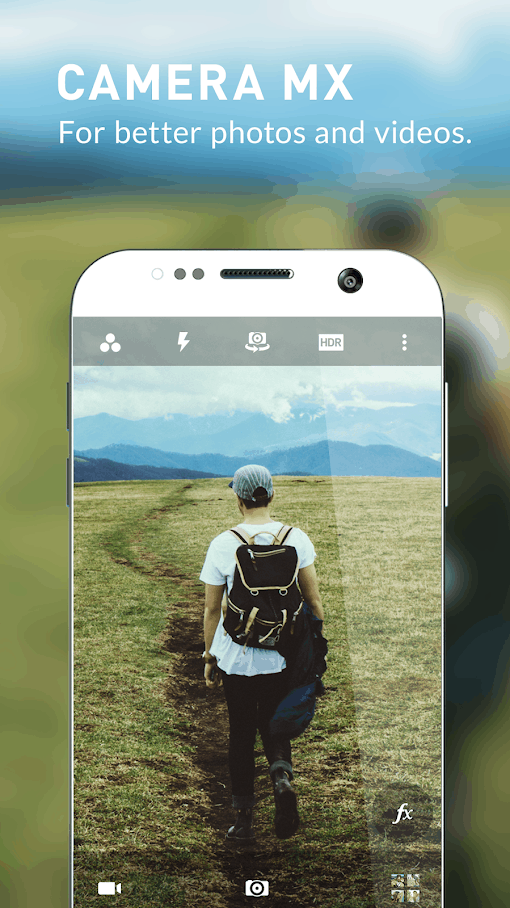 Camera MX is one of the more popular camera apps in the Play Store, as it has been downloaded over 20 million times, and it’s currently holding a 4.3-star rating. This camera has all the basic functions you may need, including burst shot, delayed shutter, grid lines, etc. On top of that, you will find out that a number of filters are available in this app, while the ‘Live Shot’ feature is also included, and it basically allows you to shoot moving images, kind of ‘Live Photos’. 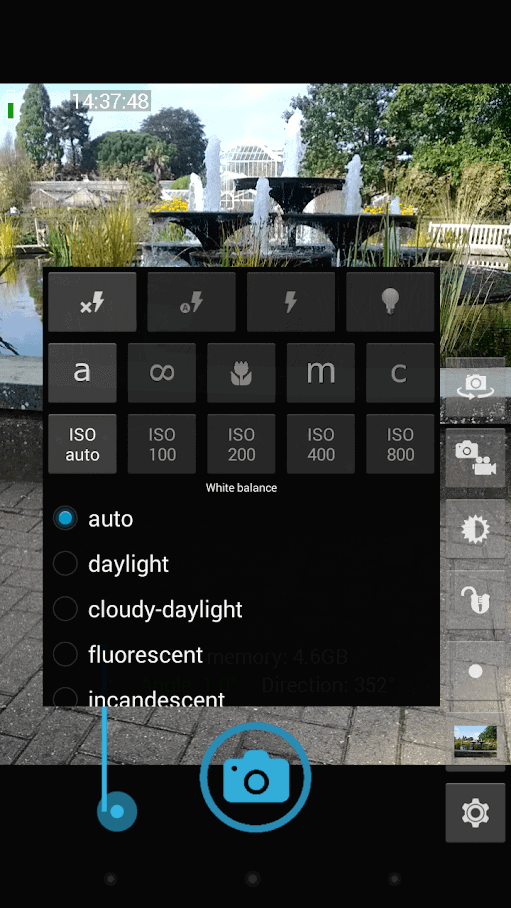 Open Camera has over 10 million downloads in the Play Store, and a similar rating as the Camera MX. This camera comes with a rather simplistic UI, but don’t let it fool you, it has a ton of options under the surface. You will get at on of manual settings with this camera app, while various scene and focus modes are included as well. This camera app also supports one voice command for taking pictures, just in case you need a remote shutter. Grid lines, HDR support, and a number of other options are all supported in Open Camera. 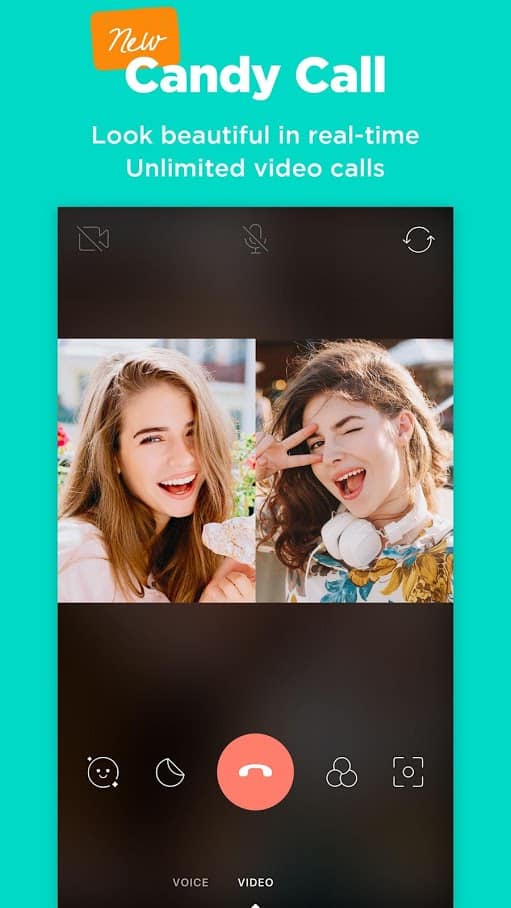 Candy Camera is a bit different than the other two, this is more of a selfie camera, rather than anything else. On top of that, it has a built-in photo editor, just so if you want to tune your selfies a little bit. A ton of filters are included in this app, and all of them are made for selfies, says the developer. This camera app also comes with a ‘Beautify’ functions, for example, it can add eyeliner to your face in an image via software, it can do the same for mascara, blush, and so on. 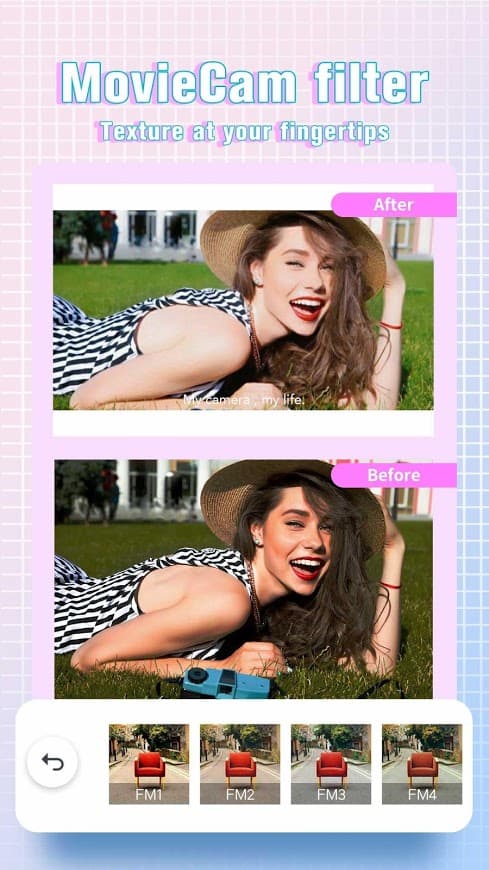 Camera360 has been around for a long, long time, and it actually serves as both a camera, and a photo editor, similar to the Candy Camera. A number of stickers are available in this app, regular and motion stickers, not to mention art filters, poster templates, and video effects. Camera360’s photo editor is quite robust, and you’re also getting ‘Photo Collage’ and ‘Photo Grid’ options as part of it. This camera is currently holding a 4.3-star rating in the Play Store, and in-app purchases are available. 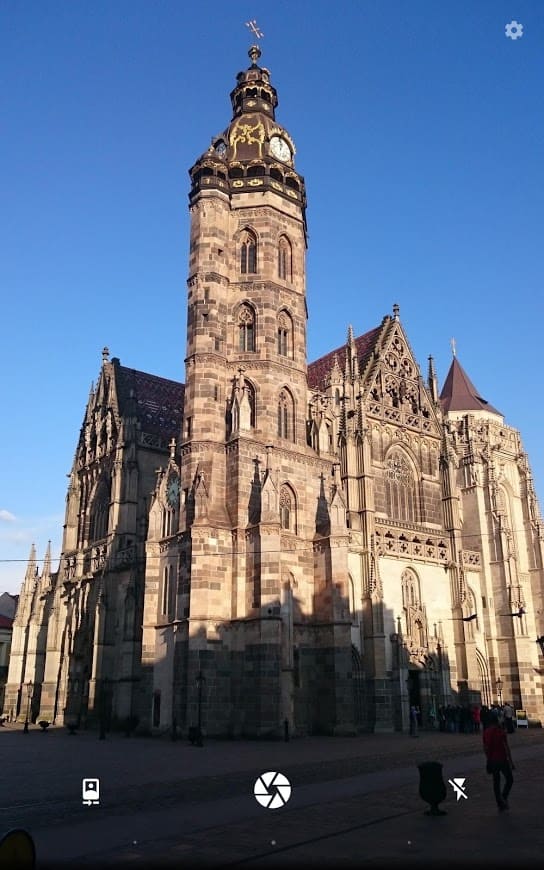 Simple Camera, as its name says, is quite a simple app, but don’t let the name fool you, it’s quite capable despite that. This camera has one of the most simplistic UIs we’ve seen out there, though some additional options are available, just don’t expect a full-fledged manual camera mode here. This app allows you to set a download path for images you take, and you can also limit the camera’s resolution. There are no manual settings for exposure, white balance or anything of the sort, though, so keep that in mind. 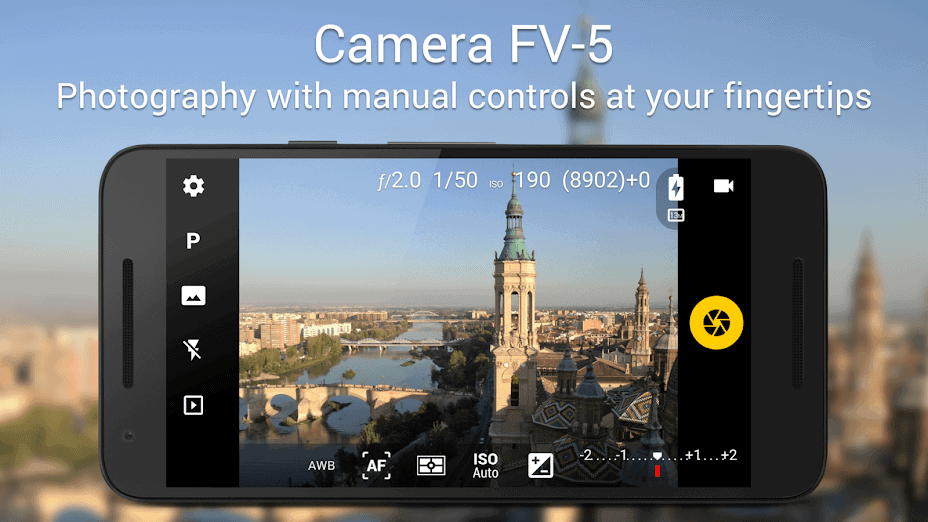 Camera FV-5 is a paid app, though there’s a ‘Lite’ version available as well. This camera app has been around for a long, long time, and it had its fair share of issues back in the day, as it was quite buggy. Upon installing it recently, we’ve noticed that the app is relatively bug-free now, and it’s always been quite capable, and offered tons of features for you to take advantage off. This camera app has quite a functional UI, along with tons of manual settings that you can opt to use. 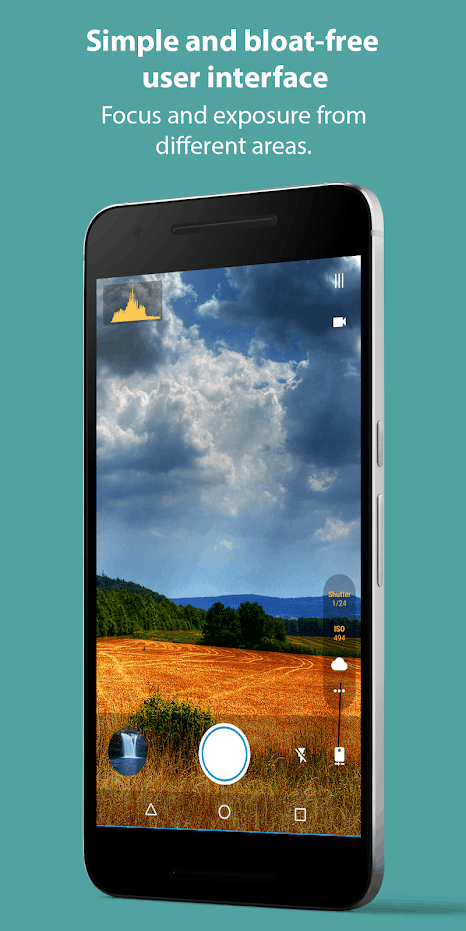 Footej camera comes with a similar UI as most other camera apps out there, which is not exactly a bad thing, as its UI is quite functional. Footej camera utilizes Android’s camera 2 API, and it offers tons of manual controls. Using this camera you can shoot in burst mode, created animated GIFs, take advantage of Panorama mode, shoot in RAW format, while slow-motion video recording is also supported by the application, and the same goes for the time-lapse mode as well. 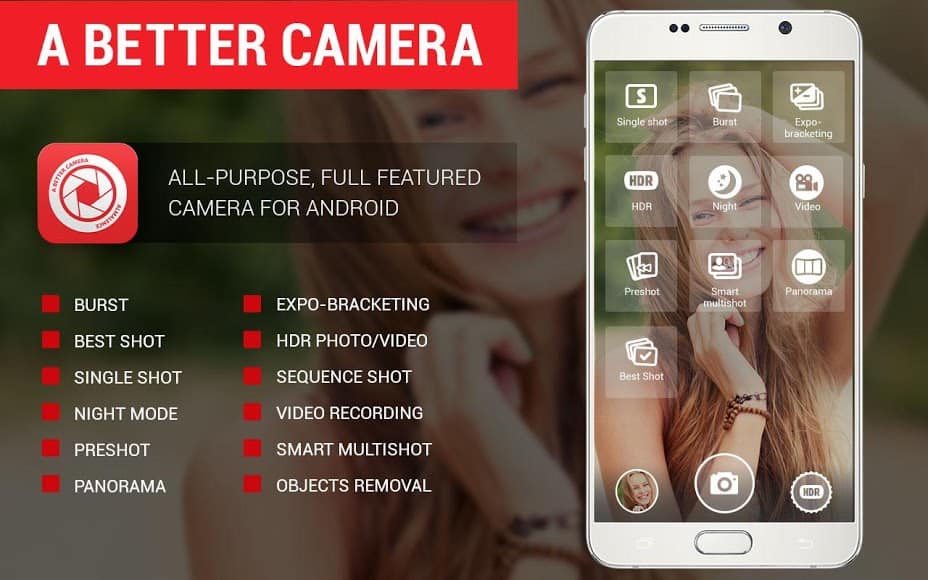 A Better Camera app also comes in two versions, free and paid, though we highly recommend you get the paid version as the free version is quite limiting. In any case, this camera app is also quite packed with features and shooting modes. With all the regular options that you get, you’ll also find the ‘Object Removal’ tool, which can be quite handy, not to mention that the camera comes with a ‘Supermode’, which essentially increases resolution via software, and it does the same with dynamic range, while it also boosts low light performance of the app. 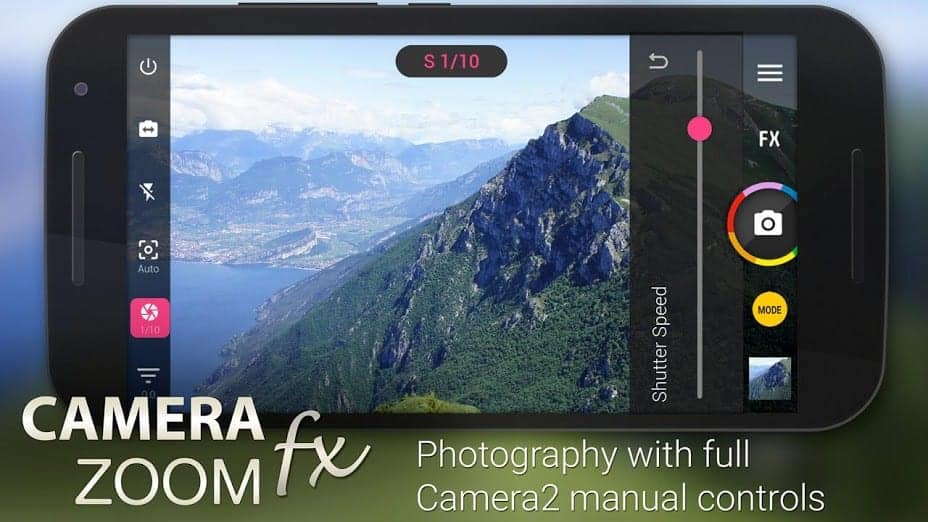 Camera ZOOM FX is yet another camera app that comes in two versions, free and premium (paid). This camera app, much like the Camera FV-5, has a truly functional UI, and it supports Camera 2 API. Using Camera ZOOM FX, you can capture images in RAW format, manually set ISO, focus distance, exposure, and so on. This camera includes a collage maker, while the time-lapse mode is also supported. In case you need a timer, that is included as well, along with many other features. 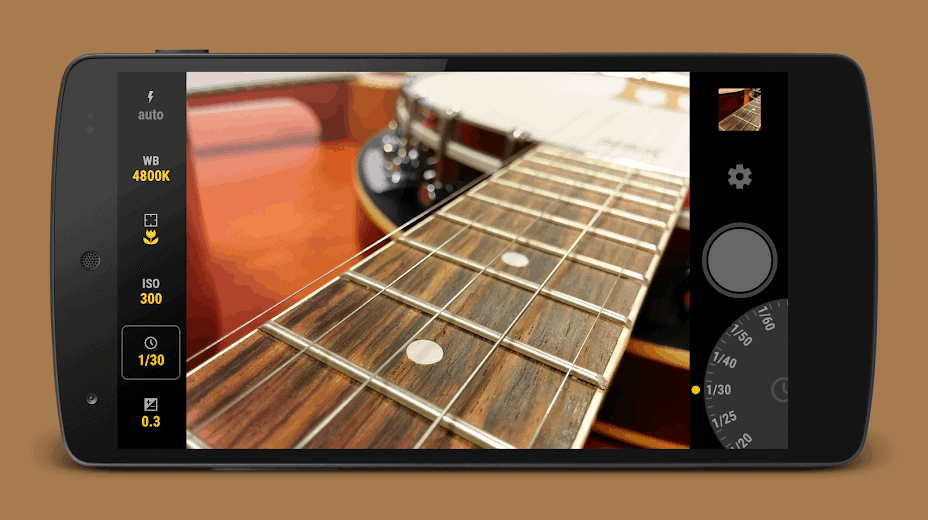 Manual Camera app offers one of the best-looking and most functional UIs out there. This app, much like several other from this list, takes advantage of the Camera2 API, and it has manual shutter speed, focus distance, ISO, white balance, and exposure compensation features as well. The app allows you to shoot in RAW format, while it also lets you enable grid lines, in case you need some help framing your shot properly. There are several other features included in this app that you can check out once you install it.