Premier League is upon us, and football fans around the world are using their phones to check in via various apps, websites and other channels. Some fans, however, prefer a more direct approach; guiding virtual versions of their favorite Premier League players across the field. Some fans may just prefer some good, old-fashioned soccer action. Whichever one of these may describe you, check out our top 10 games for Premier League fans below. 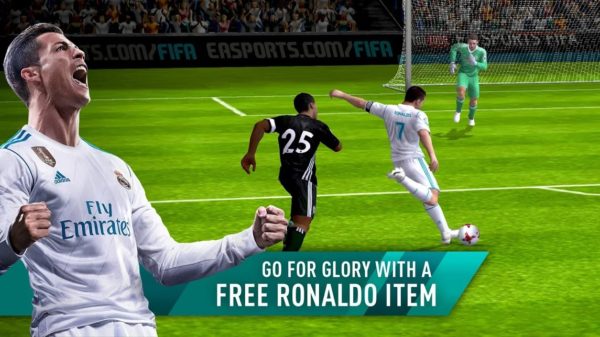 FIFA Soccer topping this list should be no surprise. It’s currently the most popular football sim in the Play Store, and as with every entry, EA has done a masterful job making the mobile version a realistic dream soccer simulator. Players will find pros from all eras ready to throw down, realistic graphics, intuitive controls, and most importantly of all, physics that are true to life and the game. That’s not to say it doesn’t have its glitches, which can often be hilarious, but if you’re looking to put the members of the Premier League through their virtual paces right on your smartphone, this game is one of the best ways to do so. 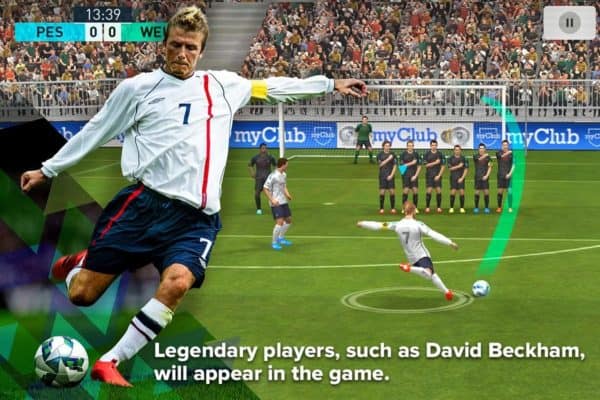 Konami’s Pro Evolution Soccer series has always played the foil, and sometimes played second banana, to FIFA. Its presence in the Play Store is no different. A fine football game in and of itself, PES is at odds with FIFA for features and quality, as it often is in the console and PC gaming worlds. The only reason this game is lower on the list than FIFA is that it boasts around half as many downloads in the Play Store. 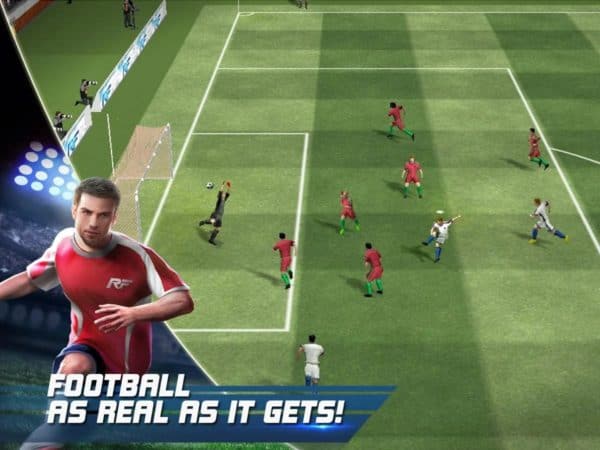 Gameloft, maker of HALO contemporary N.O.V.A. and Grand Theft Auto-inspired Gangstar, would be remiss to not take a pass at FIFA and PES, and as with most of its knocks against industry stalwarts, Gameloft has done a fine job here. This game looks and plays every bit as well as its more popular peers, and features licensed players and leagues. One reason to consider this over the other two is technical optimization. All of Gameloft’s games are made to run well on multiple generations of hardware, and this one’s no exception. If you want FIFA or PES but have a device that’s perhaps on the weaker side or a few years old, give this a try. 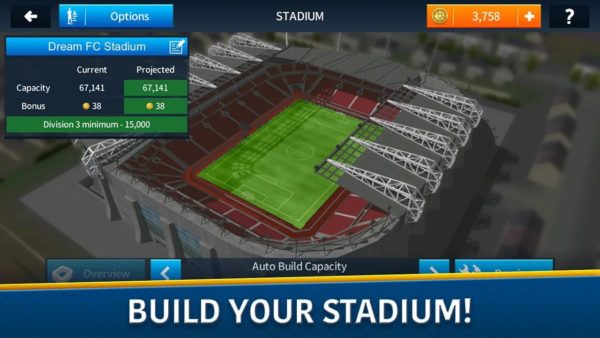 Though the studio is lesser known than Gameloft, this soccer sim has over 10 million downloads, as opposed to the 500 thousand or so that Real Football can claim. Those 10 million downloads all indicate something that will be evident as soon as you boot up the game; this game is well-built, realistic and fun. Once again featuring licensed players and leagues, this game has the added benefit letting you build your dream stadium and manage a league, rather than just playing. Also, much like Real Football, its beautiful graphics can be toned down for lower-end devices. 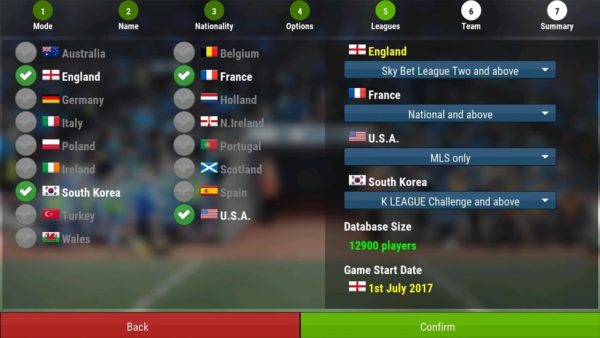 SEGA’s Football Manager series is the most well-known and straightforward option for those who would rather sit back and manage a league than play in it, though you can choose to get somewhat involved in games if you please. You’ll be managing everything about your league, including the teams and players, media impressions, and more. This is the first non-free game on the list; expect to shell out $8.99 for an experience very much akin to the main console and PC Football Manager games. 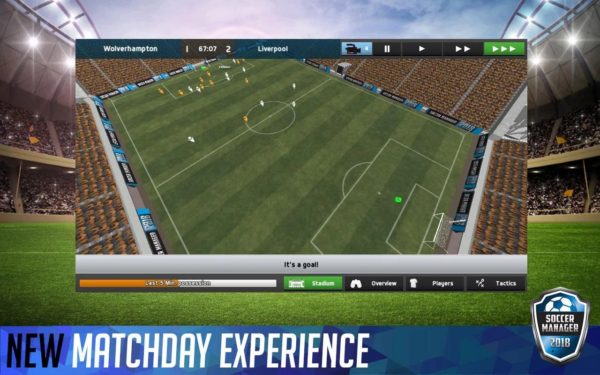 If you’re looking for a rich football management experience on your Android and don’t want to shell out for the privilege, this game is for you. You’ll manage facilities, trade players and keep the public’s eye squarely on your league as they, with your help, blast through to international victory. 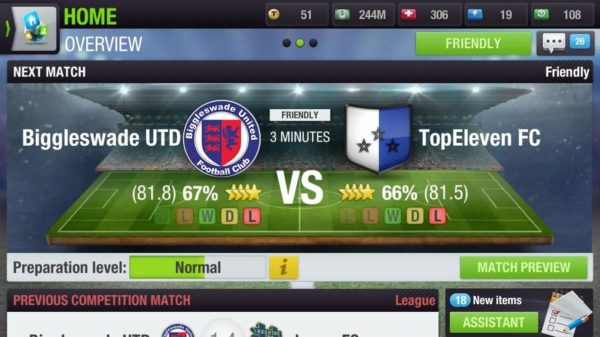 If this game’s name sounds familiar to you, it should; it’s a play on Winning Eleven, the international name for the PES series. Despite the name, this game is actually a very in-depth management sim. You’ll micromanage every aspect of your league, and you can even compete online with other managers. This free game is incredibly feature-rich, so if you’re looking for a deep and involved football management simulator, this is the one for you. 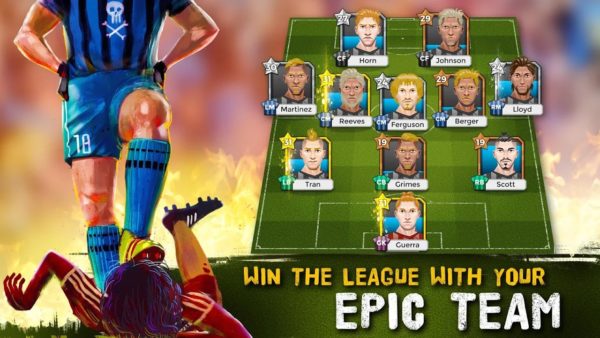 There are some people who take football extremely seriously, and then there are people, thankfully fictional ones, who use it as a tool in turf warfare. This game casts you as one of the latter group, and tasks you with not only managing your team, but building an empire, training up your players, and managing other teams… with dirty tactics such as beating up rival players. If the previous few games seem a bit dry to you, give this one a spin. 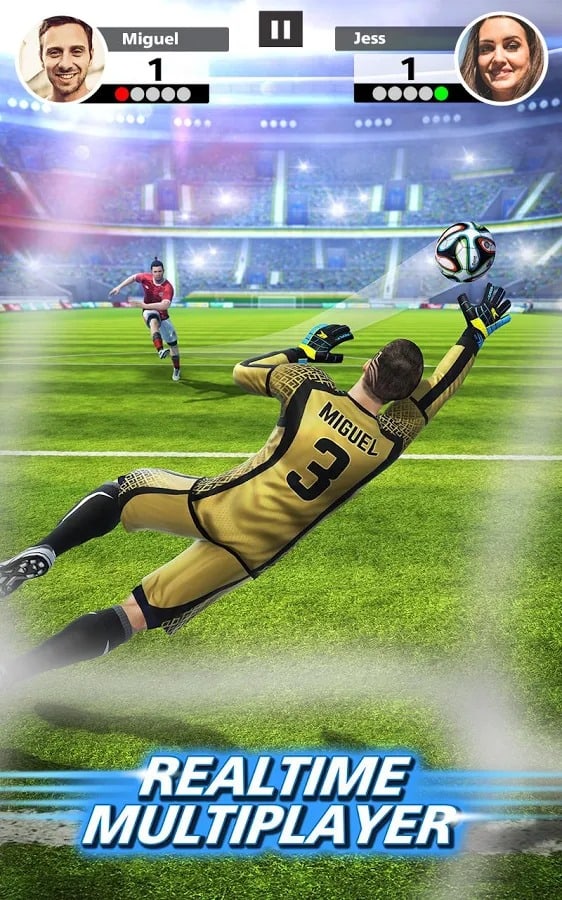 This game ditches any pretense of comprehensiveness and gritty realism in favor of blazing arcade action, focusing in on goalkeeping and blasting the goalie with shots as a striker. This one is made from the ground up for mobile, and allows you to play online with others around the globe. Since the game is played in portrait orientation, you can actually play with one hand if you really want to. 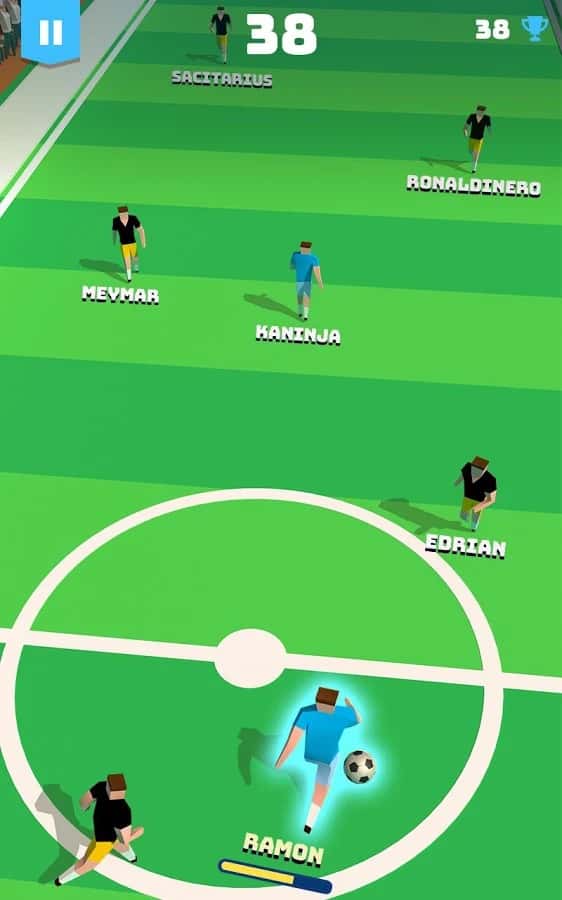 This extremely simple game is the most mobile-friendly, unrealistic take on football you can possibly imagine, and may serve as a good break from the precise, skilled action seen in Premier League. Players run the ball as long as they can, and that’s basically it. You can run with the ball, kick it for distance, or pass it off to teammates running alongside or in front of you.