TCL, the BlackBerry-branded licensing partner, has announced the latest BlackBerry that will be available beginning next month. And that is the KEY2 LE. This is the newest edition to BlackBerry's lineup, and it's also a slightly cheaper model, coming in at $399. The BlackBerry KEY2 LE sports a 4.5-inch, 1620×1080 resolution display, and is powered by the Qualcomm Snapdragon 636 chipset with 4GB of RAM and either 32GB or 64GB of storage here. There is also a micro SD card slot for expanding storage, should you need some more space.

This is essentially a lower-end version of the KEY2 that BlackBerry debuted earlier this year, though it does still have many of the same specs as the regular KEY2, it is much cheaper. It does still have that physical keyboard – that's what makes it a "KEY" smartphone after all. That keyboard supports the usual shortcuts that you'd expect on a BlackBerry smartphone, and those shortcuts are customizable. The fingerprint sensor is once again hidden in the space bar, which makes it easy to secure your device. 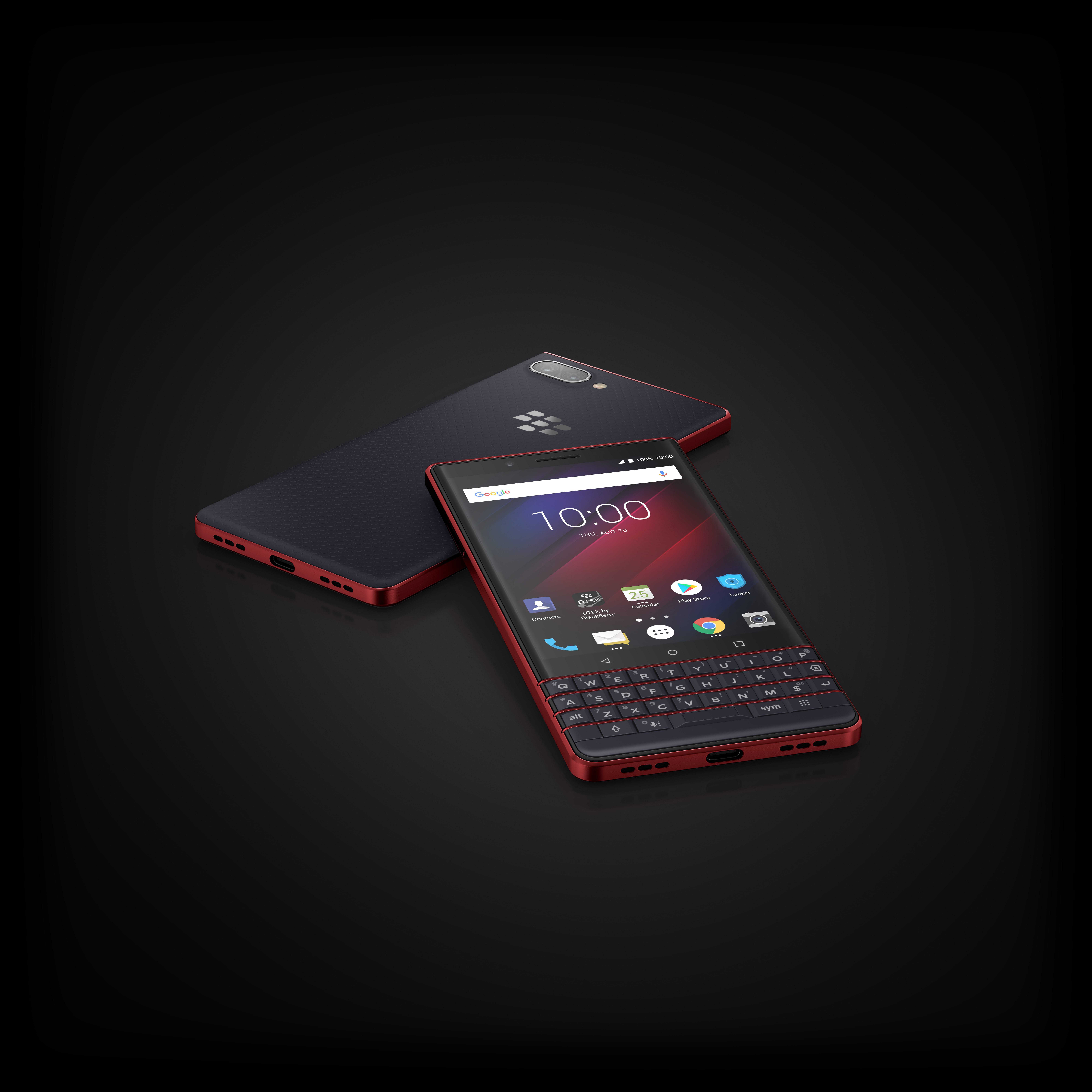 TCL has kept the "Speed Key" that was included in the KEY2 earlier this year. This provides you with a dedicated button that can be mapped to do whatever you want. Whether that is opening the camera, turning off the ringer on your KEY2 LE or something else. It's a pretty simple feature, but one that is very useful.

On the camera-front, BlackBerry is still using a dual-camera setup on the backside of the KEY2 LE. That includes a 13-megapixel sensor as the main camera and then a 5-megapixel secondary sensor that is going to be used primarily for gathering depth information. The camera has a pretty average field-of-view, around 79.8-degrees. It also has phase detection auto focus, with an aperture of f/2.2. BlackBerry still supports Google Lens on the camera as well, allowing you to open Google Lens and take a picture of something, in which Google Lens can tell you what it is (and possibly where to get it, depending on the item). The front-facing camera is a 8-megapixel sensor, and it is able to shoot video at 1080p and 30 frames-per-second. 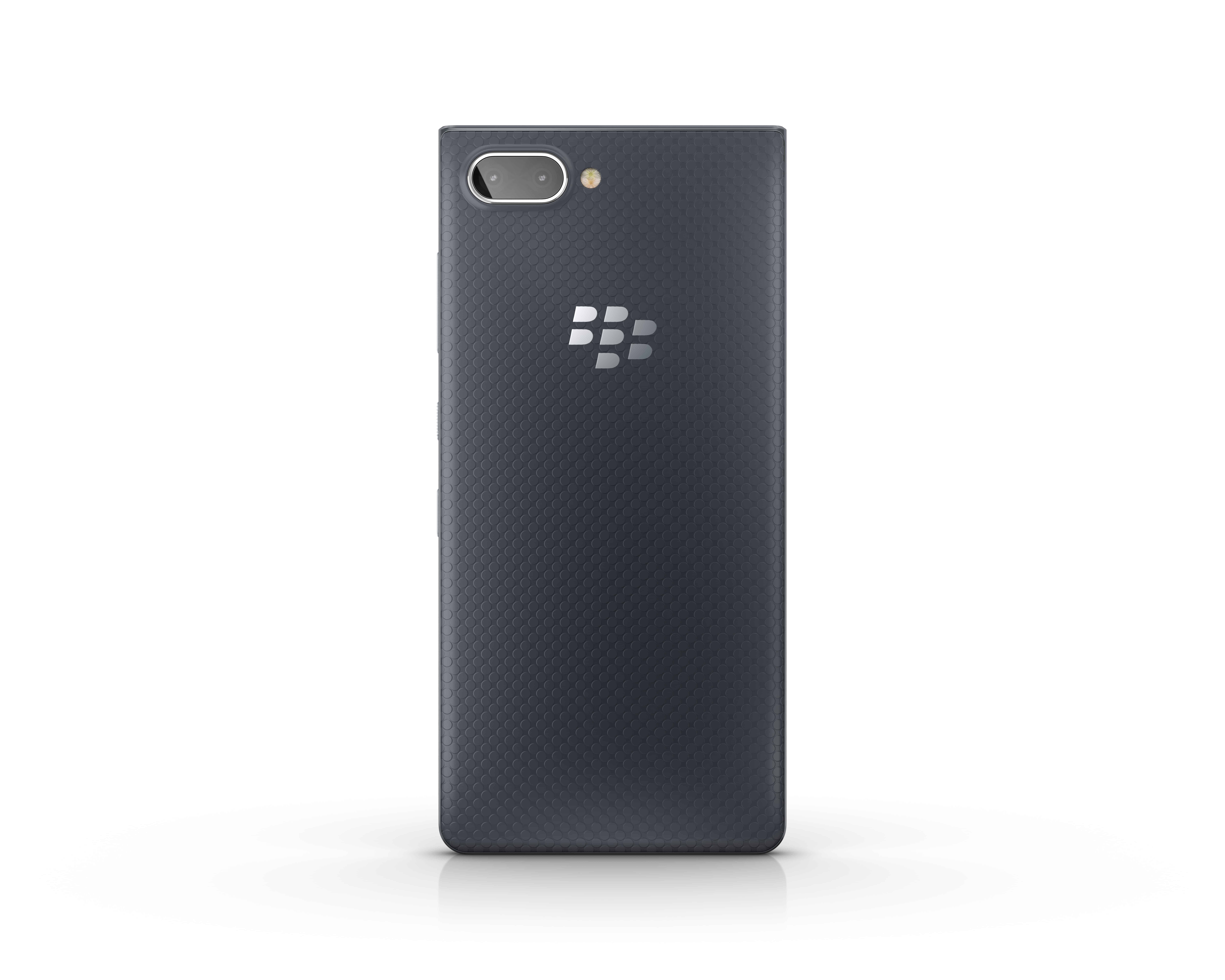 The key feature of any BlackBerry smartphone is its battery life. BlackBerries have been known for staying charged for multiple days at a time, and that is still going to be the case here. The KEY2 LE has a battery capacity of 2000mAh, and when you need to top up, there is Quick Charge 3.0 support here as well. Allowing you to quickly top off the phone, if the battery does happen to get low.

TCL has announced that the BlackBerry KEY2 LE is going to be coming to the US, UK, Canada, France, Germany and the UAE beginning next month. It'll be priced at $399 or €399 for the 32GB capacity model, and $449 or €429 for the 64GB capacity model. Other markets have not yet been announced. The KEY2 LE will also be available in three colors – Atomic, Champagne and Slate. The backside of the KEY2 LE is going to be black, with the frame being different colors. In this case, Atomic is red, Champagne is more of a Gold, and the Slate is black (matching the back side). Some interesting color choices, compared to the silver and black colors on the KEY2.