Sony is rumored to announce a new flagship smartphone called Xperia XZ3 in the coming months and a press render of the handset has leaked via MySmartPrice. At a glance, the alleged Xperia XZ3 seems to have borrowed a lot of design elements from the Xperia XZ2, including the curved back and thick bezels flanking its display. The high-end Android smartphone can be seen boasting a single rear-facing camera despite the fact that Sony brought dual-camera setup to its last flagship – Xperia XZ2 Premium. The Japanese electronics major may be willing to keep the said camera arrangement exclusive to the Premium model of its high-end smartphone series, which may be refreshed at a later stage.

Just last month, Sony announced its latest smartphone camera sensor IMX586 that supports an effective resolution of 48 megapixels using a stacked CMOS sensor and is expected to arrive with devices shipping in 2019. The Xperia XZ3 is rumored to be one of the first Android devices to include this high-end camera sensor, especially given its single-camera setup, but chances are high that Sony might reserve it for its future launches. The Japanese company was a late entrant to the band of smartphone makers that had already switched to taller displays and thinner bezels, at least for their premium devices. If the leaked image is anything to go by, the Xperia XZ3 will continue the trend of featuring a tall 18:9 display along with slightly reduced top and bottom bezels with no sign of a display notch up top.

It is worth noting that the fingerprint scanner is yet again placed on the phone’s back and Sony hasn’t reversed to placing it under the power key. Previous leaks about the Sony handset have suggested a 5.7-inch IPS LCD display with an FHD+ resolution of 2,160 x 1,080 pixels together with a Qualcomm Snapdragon 845 octa-core chipset that comes paired with Adreno 630 GPU. The phone may support 6GB of RAM and 64GB of flash memory that can be expanded using a microSD card while a 3,240mAh battery is also said to be a part of the package. In terms of software, the Xperia XZ3 may come pre-loaded with Android 8.1 Oreo out of the box which should soon be updated to Android 9 Pie. 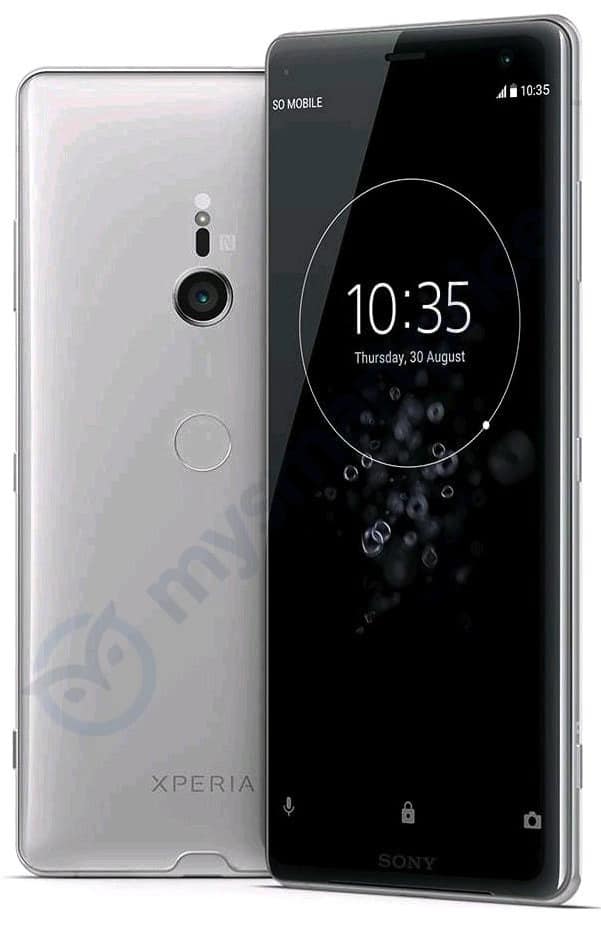