A leaked press render supposedly depicting the rumored Sony Xperia XZ3 emerged earlier today to reveal the smartphone’s overall design in four different colors, including dark red, black, white, and green – as seen in the image embedded below. Much like the Sony Xperia XZ2, the upcoming model seemingly features a glossy finish and, unsurprisingly, it follows the OEM’s newer design language which replaced the Omnibalance standard earlier this year. The smartphone showcased in the leaked image also sports a single main camera as opposed to a dual-sensor configuration, further fueling earlier speculations that the upcoming model could make use of a single 48-megapixel module.

Given that the Sony Xperia XZ2 was launched in four different colors, i.e., Ash Pink, Deep Green, Liquid Silver, and Liquid Black, it’s somewhat expected from the upcoming successor to follow in the same footsteps, even though the hues may have changed for the newer model. Judging by the leaked image, the Xperia XZ3 seems to adopt darker tones compared to the variant preceding it, but either way, it remains to be seen if all of these four color options will be available in every market, assuming that the final product is indeed accurately represented in the leaked render. Other details include an NFC logo near the camera, an LED flash, and a laser autofocus module, as well as a rear-mounted fingerprint sensor. Pretty standard stuff and more or less an incremental evolutionary step compared to the ongoing model.

The same can also be said in regards to the internal hardware, with previous leaks and rumors indicating that the Xperia XZ3 will adopt the same Qualcomm Snapdragon 845 chipset as its predecessor, along with 6GB of RAM. The device might launch in two different storage configurations including 64GB and 128GB, but either way, the unit is likely to retain a microSD card slot for expandable storage, able to read flash cards of up to 512GB. Sony might include a slightly larger battery but not by much compared to the ongoing model’s 3,180mAh unit, and the software may have been pushed to Android 8.1 Oreo or Android 9 Pie up from version 8.0. These details are likely to be confirmed near the end of the month when Sony is expected to unveil the Xperia XZ3 during IFA in Berlin. 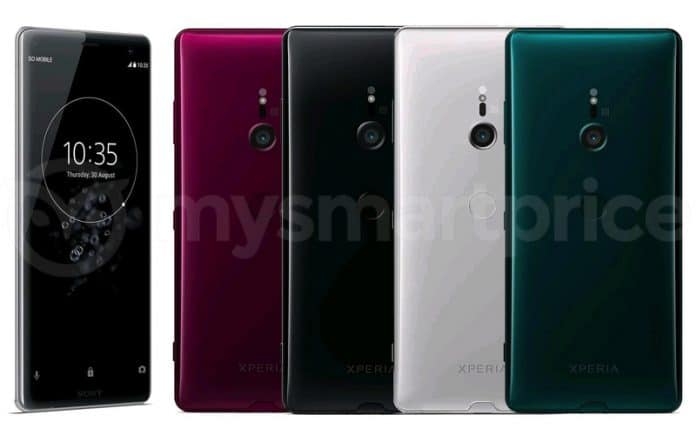