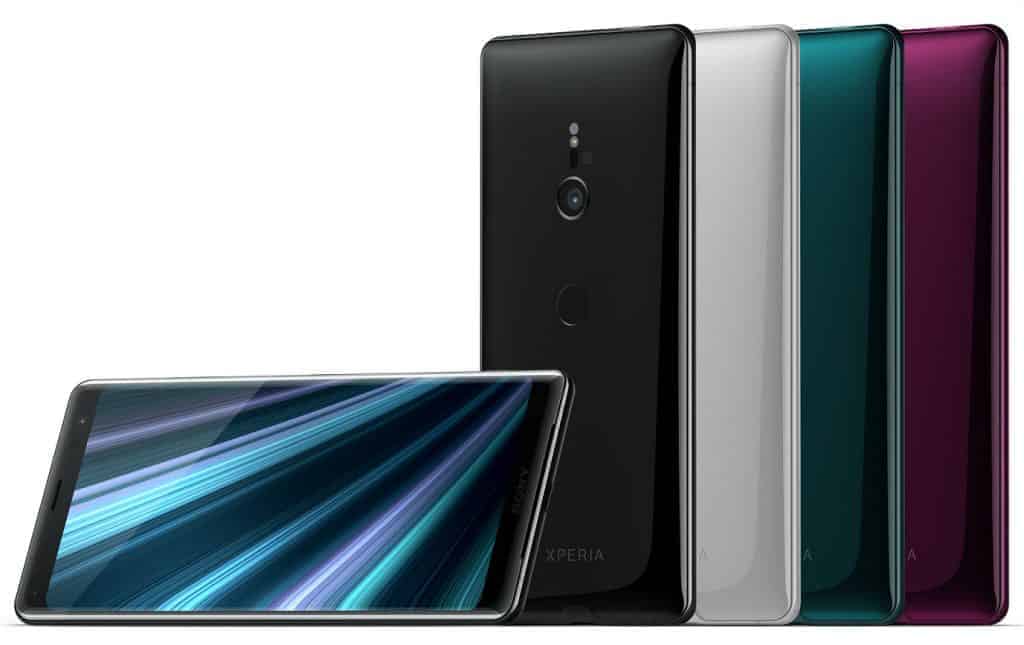 Sony has just announced its new flagship smartphone in Berlin, as part of IFA 2018. The name of this new handset is the Xperia XZ3, as expected, as the device has been leaking for weeks now. Most of those leaks were spot on when it comes to the design of this smartphone, while benchmarks did reveal accurate specs as well. In any case, the Xperia XZ3 does have a lot in common with its predecessor, the Xperia XZ2, which was announced earlier this year, but Sony did improve this handset, of course. There’s much to talk about when it comes to the Xperia XZ3, so let’s kick things off, specifications are first in line.

The Sony Xperia XZ3 comes with a larger and denser display than its predecessor, it sports a 6-inch QHD+ HDR OLED display, while the Xperia XZ2 sported a 5.7-inch IPS LCD panel. The Xperia XZ3’s display is powered by Bravia image processing technology, and it is protected by a sheet of 3D Corning Gorilla Glass 5, Sony included the same protection on the back of the Xperia XZ3, actually. The Xperia XZ3 is fueled by the Snapdragon 845 64-bit octa-core processor, the most powerful processor Qualcomm has to offer. This handset is IP68 certified for water and dust resistance, while it comes with new Sony Dynamic Vibration System, and Hi-Res audio. The Xperia XZ3 has DSEE-HX support, and Android 9 Pie comes pre-installed on the device.

A fingerprint scanner is located on the back of this phone, while you will find a single 19-megapixel Motion Eye camera on the back of this phone. That camera supports 4K HDR recording and fullHD Super Slow-Motion video capture at 960 frames per second. A 13-megapixel camera (f/1.9 aperture) is included on the phone’s front side, while the device sports larger S-Force front surround speakers. A 3,300mAh battery is included in this handset, and it supports Qi charging, while it is not removable, in case you were wondering. The Xperia XZ3 comes with 4GB of RAM and 64GB of internal storage, which you can expand using a microSD card (up to 512GB). The Xperia XZ3, much like its predecessor, comes with PS4 Remote Play support, in case you’re an avid PlayStation 4 gamer. The Xperia XZ3 measures 158 x 73 x 9.9mm, while it weighs 193 grams.

The Sony Xperia XZ3 is, much like the Xperia XZ2, made out of metal and glass. Sony has used a 7000 series aluminum for the frame of the Xperia XZ3, while Gorilla Glass 5 is included on the back of the Xperia XZ3. Corning’s Gorilla Glass 5 is also applied on the display of this smartphone, while the device’s back side is curved quite a bit. You will notice that the phone sports a single camera on the back, below which stands a fingerprint scanner. The phone does sport bezels above and below the display, which are similar in size to those on the Xperia XZ3. A power / lock key is included on the right-hand side of this phone, along with a physical camera switch, while the phone’s volume up and down buttons sit on the left-hand side of the Xperia XZ3. A Type-C USB port sits on the bottom of the phone, while a 3.5mm headphone jack is not included here. The Xperia XZ3 does offer front-facing speakers, and it comes in several color variants, including Black, Silver White, Forest Green, and Bordeaux Red.

As far as the phone’s cameras are concerned, the Xperia XZ3 comes with one camera on its back, and one on its front side, contrary to what leaks have been reporting, as the company did not opt to include two cameras on the back of this device. The Xperia XZ3 sports a single 19-megapixel Motion Eye camera on its back, which is capable of 4K HDR video recording, and fullHD Super Slow-Motion recording at 960 frames per second. A 13-megapixel camera with an f/1.9 lens sits on the front side of the phone, and the company claims that it is actually capable of capturing great selfies, even when there’s not plenty of light in the scene. You can now simultaneously use both bokeh and beauty functions in selfie mode, a feature that was not available until now. The company has also improved its camera interface, to make it cleaner, easier to use.

The Xperia XZ3 features a 3,300mAh battery on the inside, and that battery is not removable, in case you were wondering. The Xperia XZ3 does come with a glass back, and Sony has decided to take advantage of that, as the device does support Qi wireless charging, and is compatible with pretty much any Qi-supported wireless charging pad out there. You can also take advantage of fast wired charging here, as the Xperia XZ3 supports Qualcomm’s Quick Charge 3.0 fast charging. The company did not share any projections as far as battery life is concerned, so we really do not know what to expect in that regard. This is not exactly a huge battery considering the phone’s display size, but it’s possible that it will be more than enough to get you through the day, we’ll see.

The Sony Xperia XZ3 will actually ship with Android 9 Pie out of the box, the very latest version of Android. Some of you were probably expecting Android Oreo to come pre-installed on the device, but that will not be the case. Sony’s UI will be included on top of Android 9 Pie, of course, but the company did not really release any information regarding it, so we do not really know what changes to expect design-wise. Sony will probably follow Google’s design language though, so you’ll probably get horizontal multitasking, but we’re not sure if navigation gestures will be included. Adaptive Battery and Adaptive Brightness features are probably baked in here, and the same goes for a number of other Android 9 Pie features. Sony will hopefully release more info soon.

As far as security is concerned, a fingerprint scanner is a part of the offering here, and it is located on the back of the Xperia XZ3. We’re not sure if the device supports facial scanning, as Sony did not refer to it in any way, but it probably does, and it uses the device’s front-facing camera for that purpose. Regular PIN and pattern unlock features are included here as well, while Android 9 Pie comes with the latest Android security patch pre-installed.

Many leaks were claiming that the Xperia XZ3 will ship with 6GB of RAM, but that is not the case, at least for the global version of the device that Sony introduced today. The phone comes with 4GB of RAM and 64GB of storage, and that is the only variant of the device that the company announced. SIM card slots were not mentioned by the company, but the Xperia XZ3 will almost certainly be available in both single SIM and dual SIM (hybrid setup) flavors, and the availability of those models will be market-dependent. It is worth noting that the phone’s storage can be expanded via a microSD card, in case you missed that part in the ‘Specifications’ section.

Sony has announced that the Xperia XZ3 will become available for pre-order from Amazon starting on September 24, and if you pre-order it, you will get the Xperia Ear Duo wireless earphones free of charge (while supplies last). You will have to splash out $899.99 in order to get the Xperia XZ3, though. The device will become available for purchase in the US from Amazon and Best Buy starting on October 17. We’re still waiting for more info regarding the device’s availability in other markets. 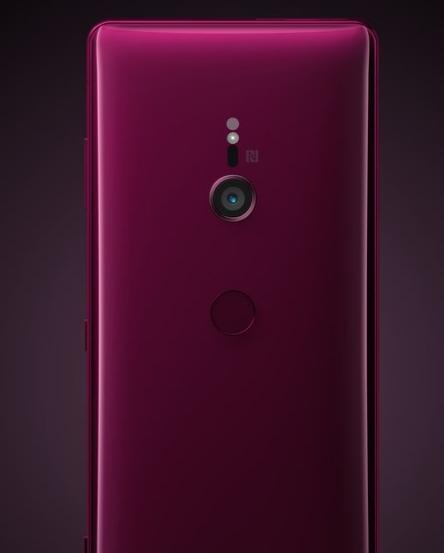 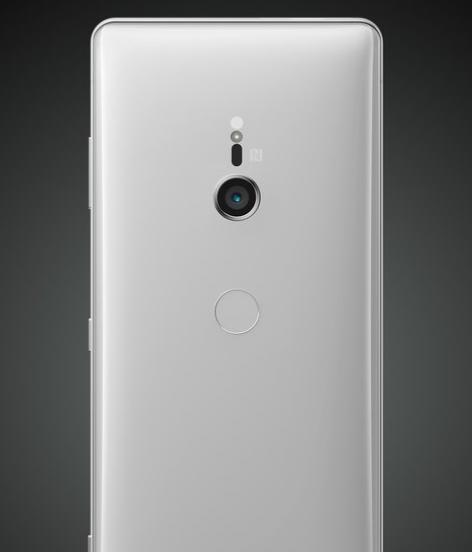 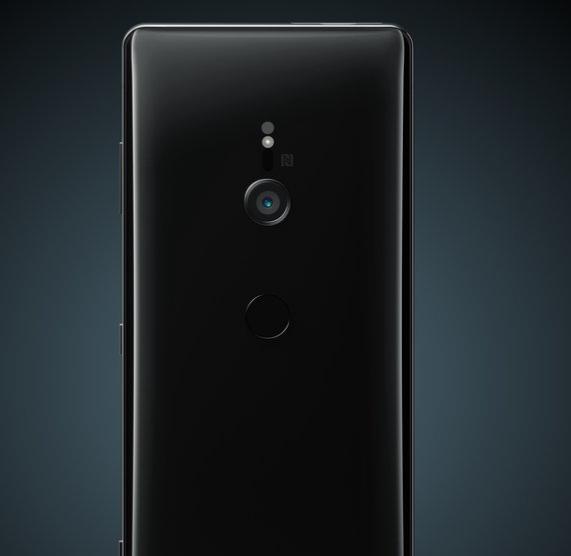