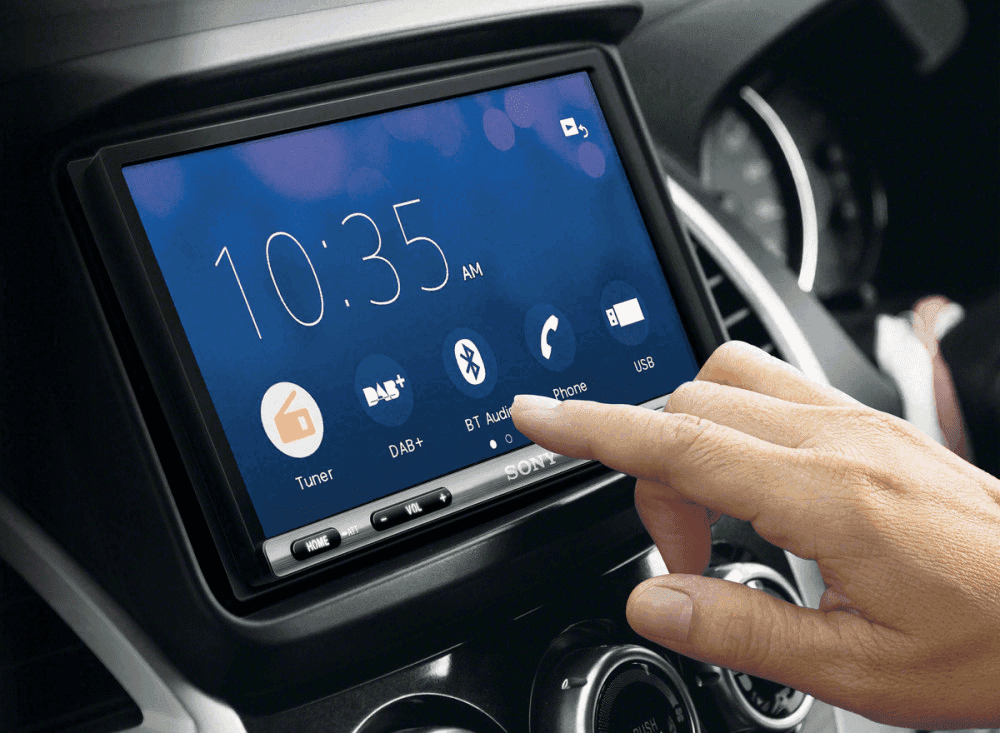 Sony has introduced a new car audio receiver at IFA 2018 today, it’s the XAV-AX3005DB, which brings a larger display, as well as better smartphone integration. There is Android Auto available here, as well as Apple CarPlay, so no matter which operating system you are using, you’ll be able to use your phone on the big screen while you are driving.

The XAV-AX3005DB now has a 6.95-inch Clear Responsive Touchscreen, instead of the 6-inch screen of the previous generation. Giving you even more space for maps and streaming music. Sony has included a built-in DAB/DAB+ tuner here, so you can still listen to all your favorite radio stations, and having this tuner included means that you will be ready for when broadcaster makes changes to their frequencies and stations. Sony has also included its EXTRA BASS technology in this A/V unit, so you are going to get some pretty good bass in your car, and can really jam out while you’re driving home from work on Friday. This receiver also supports FLAC audio files, which you can transfer using the USB port. Sony was forward-thinking with this unit, adding 3-pre out connectivity which can build a full acoustic system including external amplifiers, subwoofers and more for even louder audio.

With Android Auto included here, you’ll be able to use Google Maps or Waze for navigation and really take advantage of that big screen, while also keeping your eyes on the road. Of course, Android Auto also works great for streaming music and replying to messages. So whether you’re a Spotify user or maybe using Google Play Music, both will work great on this large screen in the car, and it makes it easy to control your music as well, with larger touch targets. Sony has also included a slightly lower-end model, the XAV-AX1000 which is going to be cheaper and the main difference here is the smaller 6.2-inch display and no EXTRA BASS support. The XAV-AX3005DB is going to be available in Europe beginning in September for €450, and the XAV-AX1000 will be available in September as well for €300. There was no availability given for other markets. 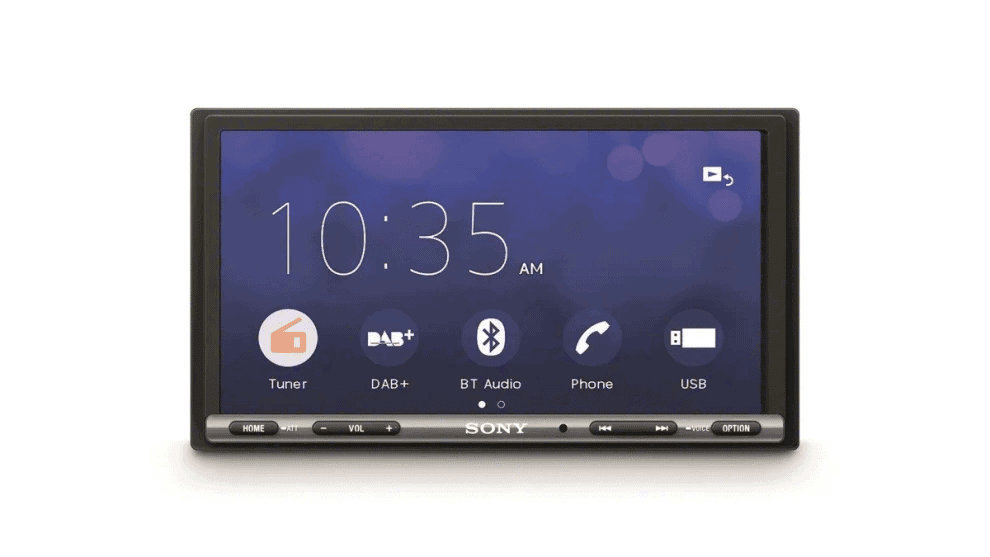