SKAGEN has unveiled the latest addition to its smartwatch lineup called the Falster 2. This wearable serves as the successor to the original Falster smartwatch which was launched by the lifestyle brand during at this year’s CES in January. SKAGEN claims that its latest product offers an expanded set of features compared to its predecessor. Among the device’s new features are the ability to monitor a user’s heart rate during workouts with the help of the Google Fit app. Furthermore, the new product supports untethered GPS, meaning it can track user location without relying on a synced smartphone. The watch dial of the wearable can display current routes as well and NFC is also part of the package, allowing for Google Pay support. To prevent data theft, SKAGEN ensures that any sensitive account information is protected with a user-set lock code.

Aside from an expanded set of features, SKAGEN has also introduced slight modifications to the design of the Falster 2. The manufacturer included two new programmable pushers that can be used to quickly open commonly used apps or trigger on-device actions, as well as two power-saving watch dials that may help extend the battery life of the wearable. SKAGEN also claims that its newest wearable is now suitable for swimming, implying a degree of water resistance.

Like its predecessor, the Falster 2 ships with Google’s Wear OS and hence supports similar features such as smartwatch notifications, activity tracking, world time, and real-time weather updates. Since the smartwatch also features Google Assistant, users can control the device with voice commands. Customizable watch faces are part of the package as well, as are function-based dials meant to act as app shortcuts. While SKAGEN did not elaborate on the designs of the interchangeable straps of its latest smartwatch, the company will likely offer leather and mesh watch bands, just like with the original Falster wearable. The Snapdragon Wear 2100 Platform powers the device, and the cheapest variant of the gadget is priced at $275. 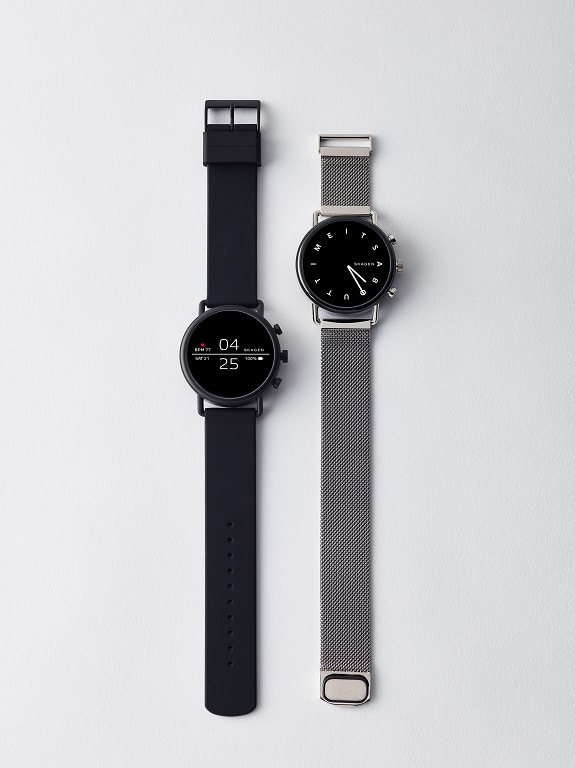