Samsung’s rumored Wireless Charger Duo was seemingly on show at a recent Amazon press event, according to Gizmodo who was not only at the event, but also managed to take the images (above and below) of the product. Essentially, confirming the charger’s existence.

In reality, this is not the first time the Wireless Charger Duo has come to light as the retail packaging for the product leaked late last month, also confirming the name, and the product in general. Although, the difference here is the fact these are actual photos of the product and do inevitably provide a clearer picture of what it looks like. As for its purpose, this is one of those products that is defined by its name, as the Wireless Charger Duo is a wireless charger designed to charge two different devices at the same time. While this can be directly interpreted as two smartphones, chances are most people won’t be looking to charge two phones at the time. What might be more plausible, however, is charging a Samsung phone along with say, a smartwatch – like the rumored Galaxy Watch from Samsung. Which, was listed on the previously leaked retail packaging as also being compatible with the Wireless Charger Duo.

As for this particularly leak, besides the photos, Gizmodo was not able to necessarily find out any further information on the product other than the fact it includes indicator lights denoting charging status, and that it has one one USB Type-C port on the back which is used to power both charging pads. As such, no new information is available on the price of the Wireless Charger Duo or its availability. Although with Samsung expected to announced the Galaxy Note 9 next week, and most indications also pointing to the launch of the Galaxy Watch at the same event, it more than stands to reason the Wireless Charger Duo will also be officially announced at the same event – considering it’s designed to service both products. On a side note, it looks highly likely one of the places you will be able to buy the Wireless Charger Duo from – is Amazon. 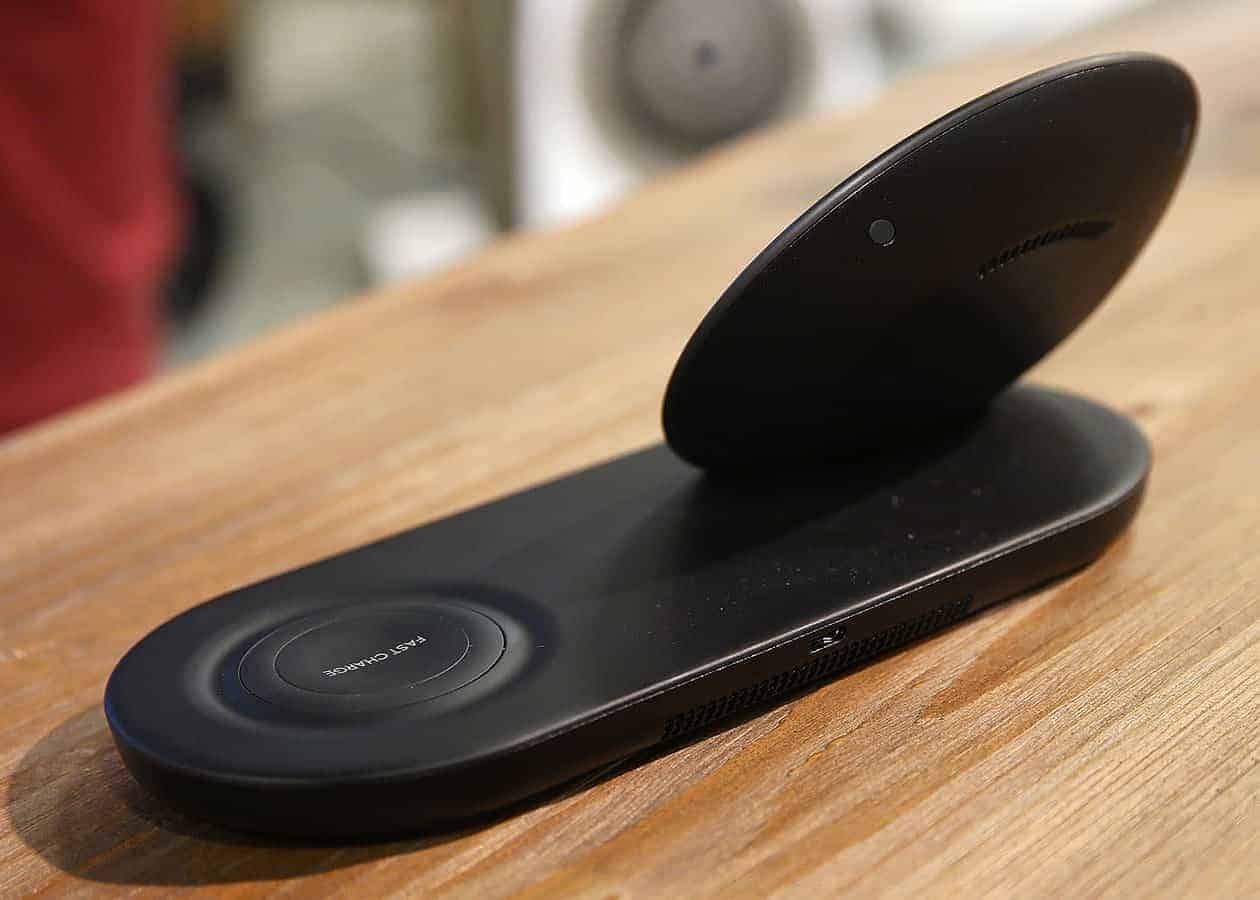