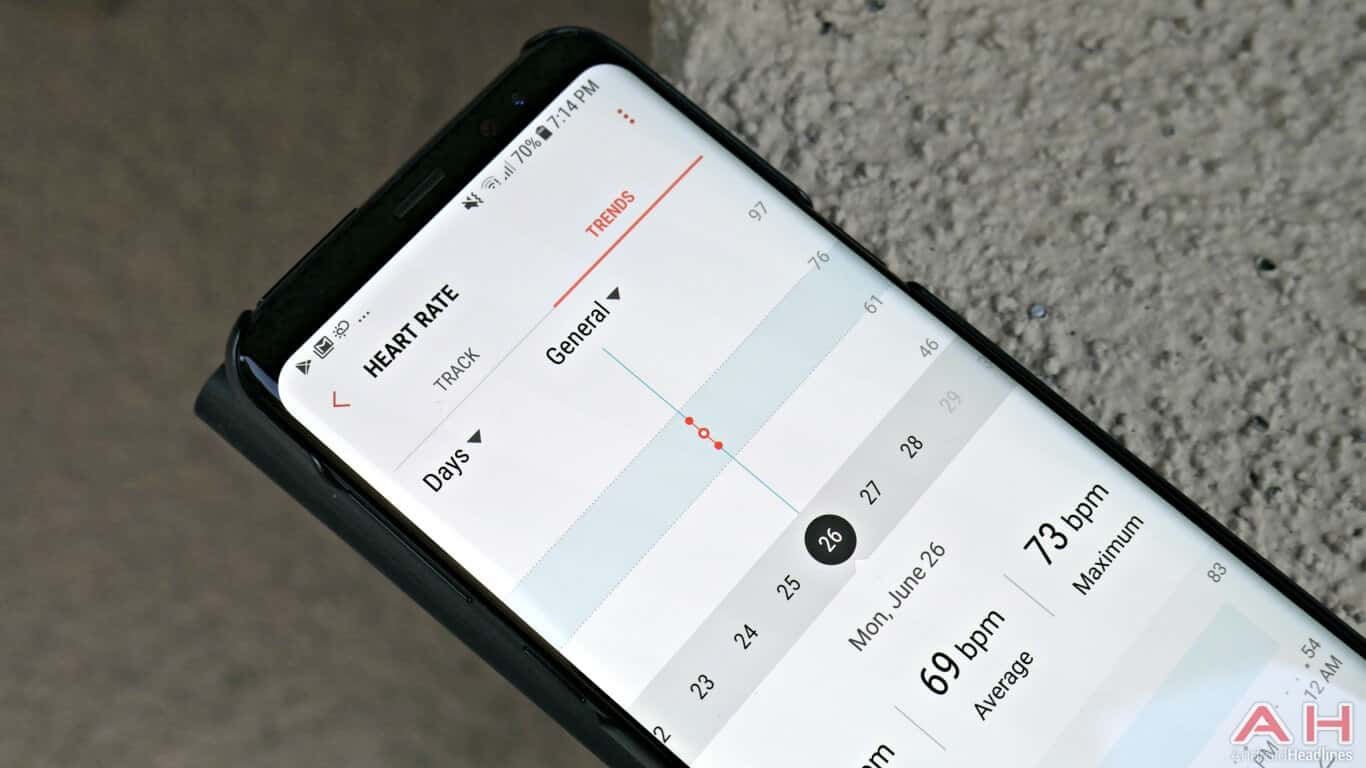 Samsung Health will lose support for syncing with some third-party apps and a couple of other features in September, according to a recent notice posted to the associated website. The biggest change appears to tie in with the service's ability to sync data to and from third-party applications such as Fitbit, Jawbone, Microsoft Health, Misfit, and Runkeeper. The primary service provided by those is in the availability of a full website for managing data rather than relying solely on the Samsung Health Android app. It may be that Samsung intends to launch a full page for tracking the data online. However, aside from those above-listed services, support for Strava will remain in place. Although purely speculative, that could point to a new partnership between the two companies. Whatever the case may be, support for those services will end on September 1.

Users will also need to download any UV tracker data they want to hold onto before that date. That service, in addition to the Temperature and humidity (TH) tracker service, will be removed from Samsung and become completely unavailable at the end of August. Samsung similarly hasn't provided any indication as to why it plans to end support for those metrics or if it plans to replace them with something else. The provided end-date for the services mentioned in Samsung's notice does coincide with the expected timeframe for shipments of the company's recently launched Galaxy Watch. That timing could point towards other planned changes for the application and service or an entirely new website and application. If that's the case, Samsung will almost certainly reveal more details about that leading up to the shipments of its new wearable. With that said, that should be taken with a grain of salt and users will want to follow the appropriate steps to download their data in the meantime.

UV tracker data can be downloaded from within the Samsung Health application itself. Users simply need to open up the app and navigate to the 'More options' menu. From there, selecting settings, followed by the 'Download personal data' option will reveal a button for getting the download started. Depending on how long the app has been in use, the resulting file might contain a substantial amount of data. So users will want to ensure they have a solid data or Wi-Fi connection prior to starting the process.