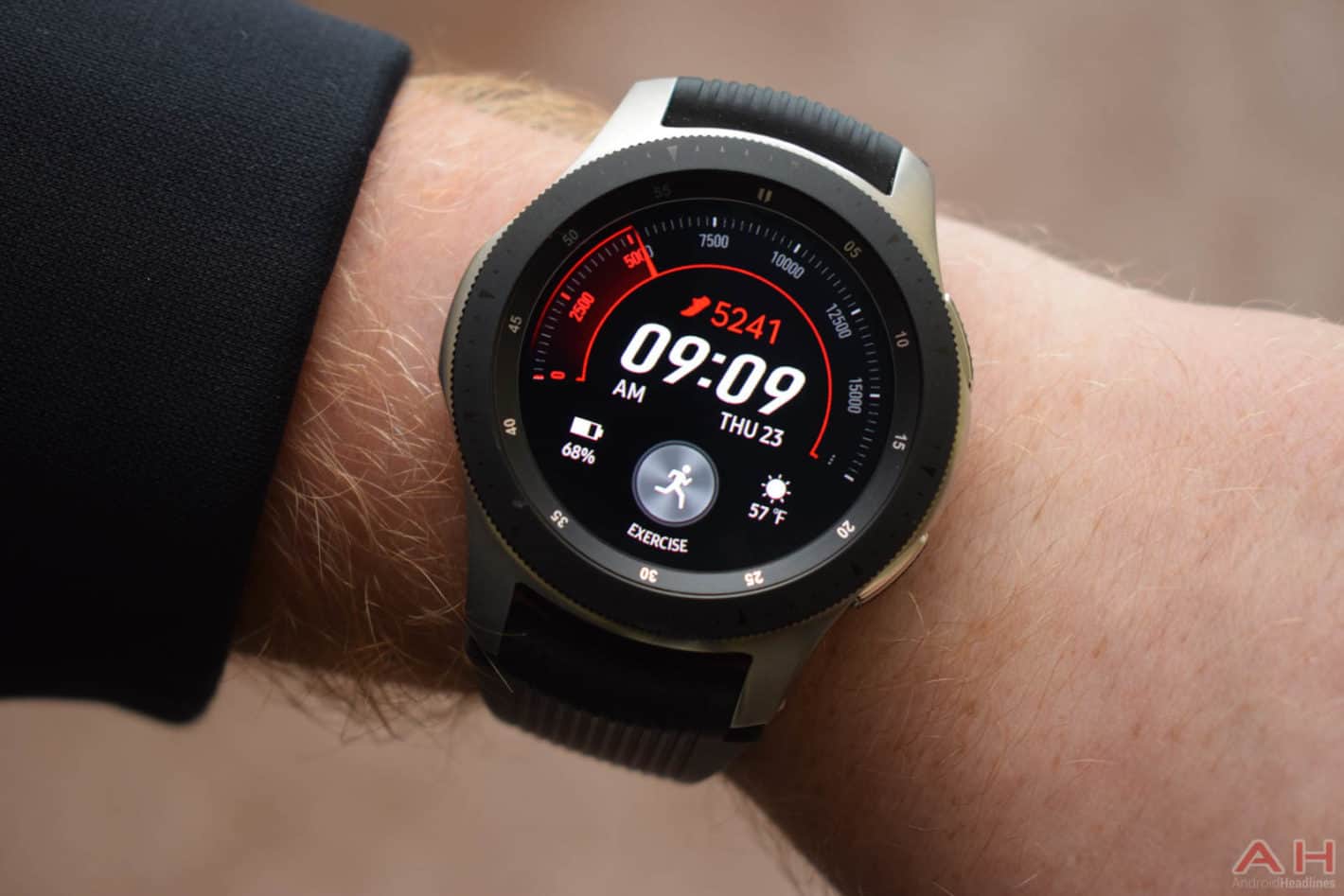 Samsung's latest wearable, the Galaxy Watch, is finally available for general sale. It went up for pre-order on August 10, along with the Galaxy Note 9, and now it is available through Samsung, Amazon and various other retailers. The LTE model is expected to ship next year, however the T-Mobile variant is shipping as soon as September 2 – these depend on the carriers, as these are not unlocked smartwatches. Samsung is selling the Galaxy Watch in two sizes, 42mm and 46mm. These are priced at $329 and $349 respectively, while the LTE models will be $379 and $399 for the 42mm and 46mm, respectively. Finally, when it comes to colors, Samsung is offering both sizes in Rose Gold, Silver and Midnight Black.

The Galaxy Watch is a rather interesting wearable from Samsung. It marks the first time in a few years that Samsung has returned to the "Galaxy" name on its wearable device – which Samsung says the reasoning behind that is the fact that "Galaxy" carries more weight than "Gear". Samsung also focused on a number of areas that customers wanted them to improve their smartwatch from the Gear S3 Classic/Frontier. This is similar to what Samsung did with the Galaxy Note 9. So with the Galaxy Watch, you're going to find even better battery life, Samsung is claiming three days on the 42mm and four days on the 46mm model. Samsung also made the casing around the watch a bit smaller, as well as using an "optimized" Exynos 9110 processor inside, which is going to provide better performance down the road on the Galaxy Watch.

Samsung is using a 360×360 resolution Super AMOLED display on the Galaxy Watch, along with the Exynos 9110 already mentioned, with 768MB of RAM and 4GB of storage. It's worth noting that you'll only have about 1.5GB of storage available out of the box. It's running Tizen 4.0 out of the box, and does work with Android smartphones running Android 5.0 or later, as well as iPhones running iOS 9.0 or later. The 42mm model has a 270mAh capacity battery, while the 46mm bumps it up to 472mAh – that explains the extra day of battery life. All of this works with the Galaxy Wearable app on Android, which is the companion app. You are going to need this app to set up the Galaxy Watch, as well as find apps and watch faces to download, and change different settings on the watch. On iOS, you can find it under the "Galaxy Watch" name in the App Store.

With the Galaxy Watch, Samsung has opted for making a smartwatch that isn't too shabby when it comes to fitness tracking as well. This is a good thing for those that might want a smartwatch that can track their runs, or those that want a fitness tracker that can also bring their notifications to their wrist and so forth. The Galaxy Watch is a pretty compelling wearable from Samsung, and coming in at under $400 – even for the LTE models – is actually pretty impressive, especially since the experience is far better than WearOS smartwatches, with the same hardware. If you didn't pre-order your Galaxy Watch ahead of time, you can order yours from Amazon or Samsung using the links below.