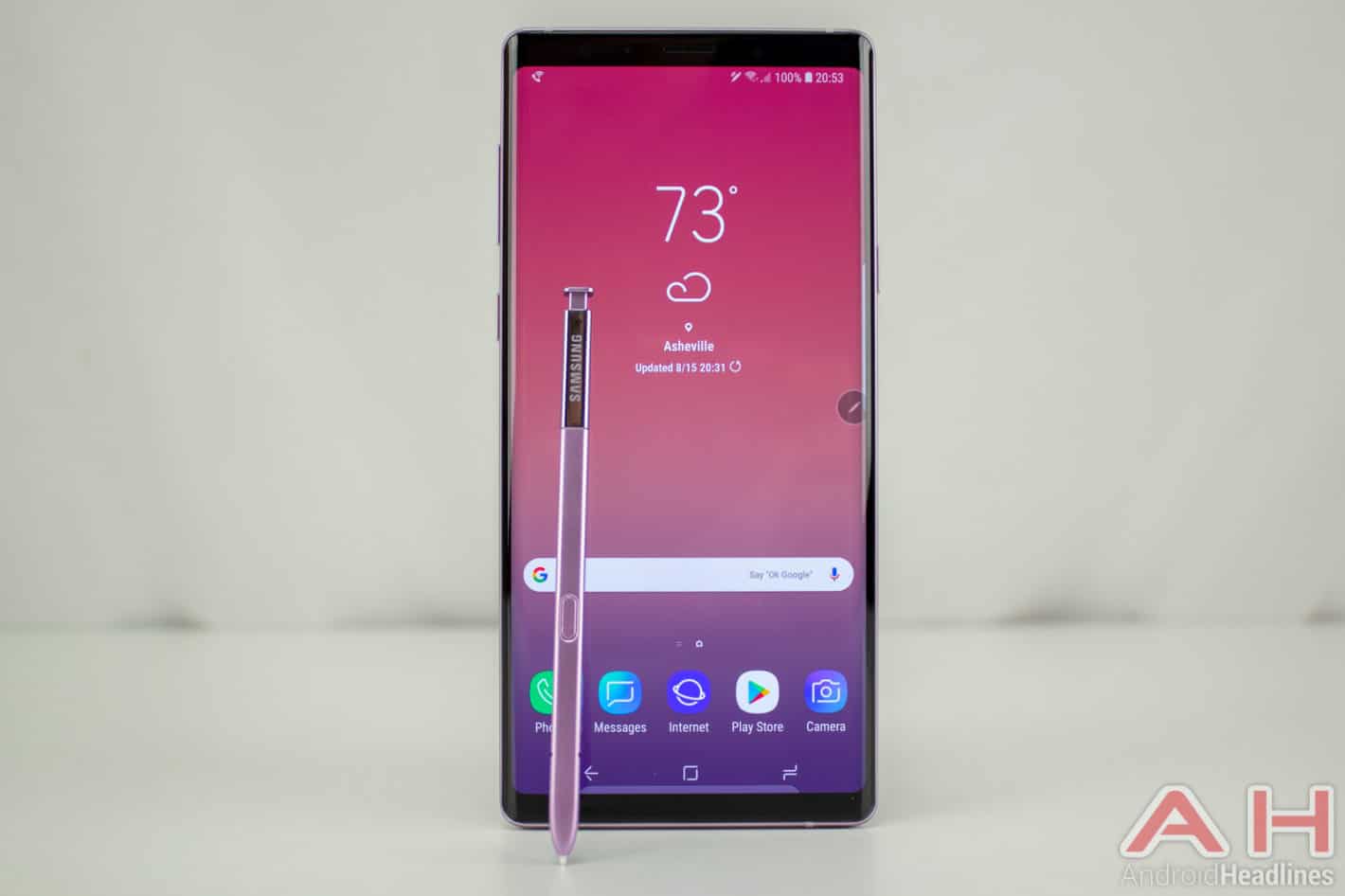 The Samsung Galaxy Note 9 is finally available in the US, and it is available from just about every retailer and carrier imaginable. This includes Amazon, B&H Photo, Samsung, Sam's Club, AT&T, Sprint, T-Mobile, and Verizon. The Galaxy Note 9 starts at $999 for the 128GB model, and there is also a 512GB model that is priced at $1249. This is definitely an expensive phone, but Samsung made it more than worth it, this time around.

Samsung's latest and greatest Galaxy Note has returned to what made the Galaxy Note so popular in the first place. And that is boasting cutting edge specs, with the best camera, display, and a large battery inside. The Galaxy Note 9 sports a slightly larger display than the Galaxy Note 8, coming in at 6.4-inches. It is still a 18.5:9 aspect ratio display with a Quad HD+ resolution Super AMOLED panel here. It's powered by the Qualcomm Snapdragon 845 chipset with 6GB of RAM and 128GB of storage, or 8GB of RAM and 512GB of storage. Samsung also packed in a huge 4000mAh capacity battery inside the Galaxy Note 9, which should give you multi-day battery life, depending on how you use the thing.

The S Pen is still available with the Galaxy Note 9, of course, that is really what defines this as being a Galaxy Note smartphone. But Samsung also improved the stylus this year. It isn't just a stylus for taking notes and drawing. It is also functions as a remote for the phone. This is thanks to it having a small battery inside, and using Bluetooth low energy. You can do things like press the button on the S Pen to open the camera app, flip the camera to the front-facing camera and snap a picture. You can also use it to flip through a presentation (if that's your thing), and a few other things. Not many apps support this feature yet, since it is brand new and only works on the Galaxy Note 9. But expect more smartphones to add support in the future.

In the US, Samsung is selling the Galaxy Note 9 in two colors. There's the Lavender Purple and the Ocean Blue. Outside of the US, there are two other colors, which include Metallic Cooper and Midnight Black. The S Pen does match the color of the phone – and when you are writing using the S Pen, the ink matches the color of the Galaxy Note 9 as well. However, with the Ocean Blue model, you are getting a bright yellow S Pen. This is a pretty interesting combination, and a lot of people refer to it as the "Best Buy model" or "Ikea model", since those two companies also use those colors. It's definitely something different for Samsung, and bold as Samsung has stated.

The Galaxy Note 9 has been available for pre-order since August 10. But if for some reason you haven't pre-ordered the Galaxy Note 9, you can still pick one up at your favorite retailer. Amazon, B&H Photo and Samsung all have unlocked models of the Galaxy Note 9, in case you want to take it to another carrier (maybe Straight Talk or Cricket). Sam's Club does sell all four carrier models, and of course you can visit your carrier's website to purchase it as well. Again, the Galaxy Note 9 is priced at $999 for 128GB, and the 512GB model is $1249 but it is only available unlocked.