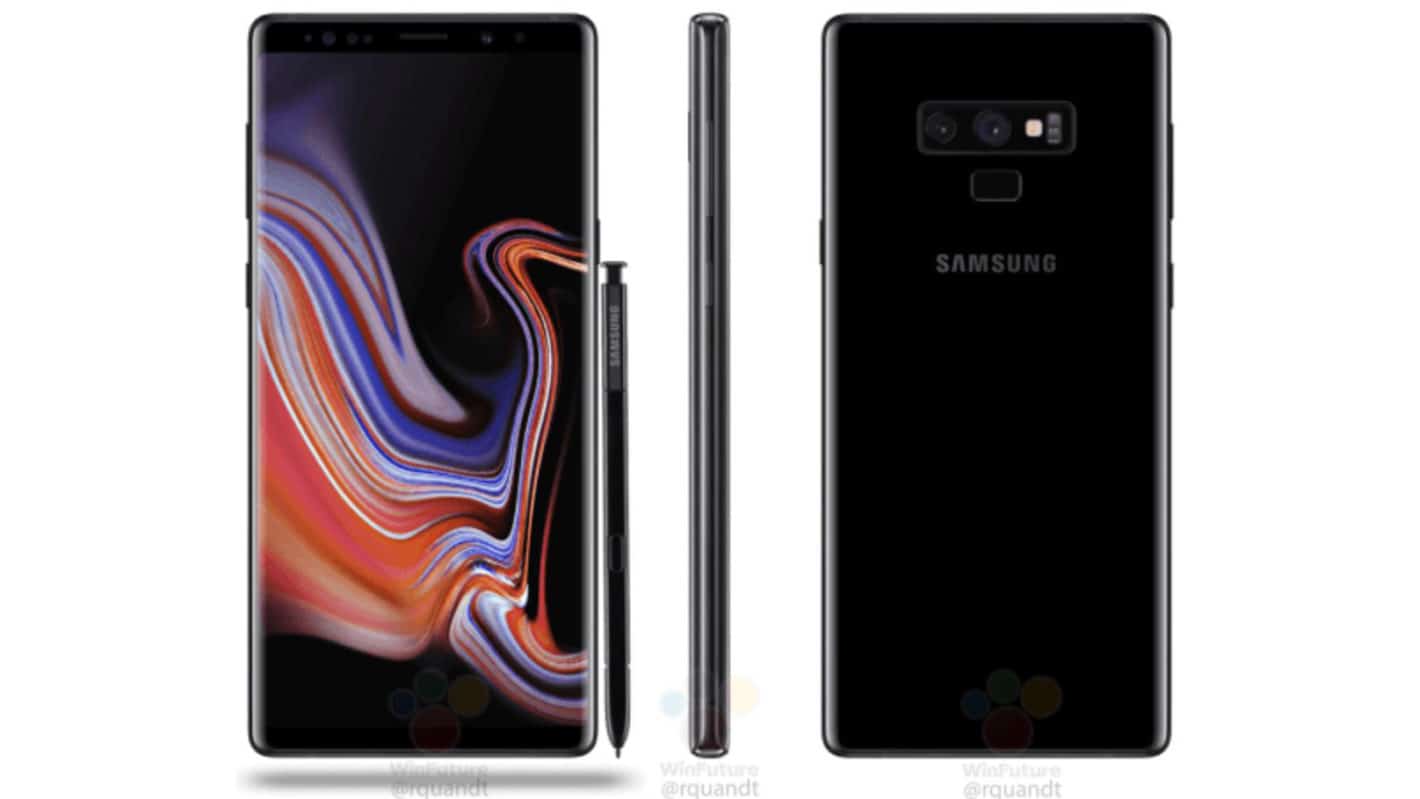 The Samsung Galaxy Note 9 leaked one final team prior to tomorrow's unveiling, having been depicted in yet another set of renders obtained by German tech blog WinFuture. While Samsung managed to keep this year's addition to the Galaxy Note series under wraps until around a month ahead of its launch, the device has been leaking on all fronts over the last four weeks, in addition to being the subject of numerous in-depth reports that revealed the vast majority of its hardware specifications and features.

The Galaxy Note 9 is set to be visually similar to its predecessor, boasting a virtually identical physical footprint but with slightly smaller bezels and a larger 6.4-inch Super AMOLED display panel. While the international models are still set to be powered by Samsung's Exynos 9810 chip, those sold in the United States, Canada, Mexico, and China will sport Qualcomm's Snapdragon 845. The base variant of the device will offer 6GB of RAM and 128GB of storage space, with the most premium one supposedly featuring as much as 512GB of flash memory and 8GB of RAM. A microSD card slot will still be part of the package, supporting up to 2TB of additional storage, or 400GB in practice given how higher-capacity solutions still aren't on the market.

The 12-megapixel dual-camera setup found on the back of the Galaxy S9 Plus will be making an appearance on the rear plate of the Galaxy Note 9 as well, though its overall imaging capabilities are understood to be greater due to AI additions and more general software optimization. The 8-megapixel front camera used by the Galaxy S9 series should remain unchanged on the new flagship, according to numerous recent reports. Samsung should be offering the device for pre-orders for at least two weeks following its Thursday debut, with the Android phablet supposedly starting at approximately $960. Consumers in the U.S. will be able to purchase the Galaxy Note 9 with a trade-in deal that will allow them to save up to $480, Samsung confirmed last week.