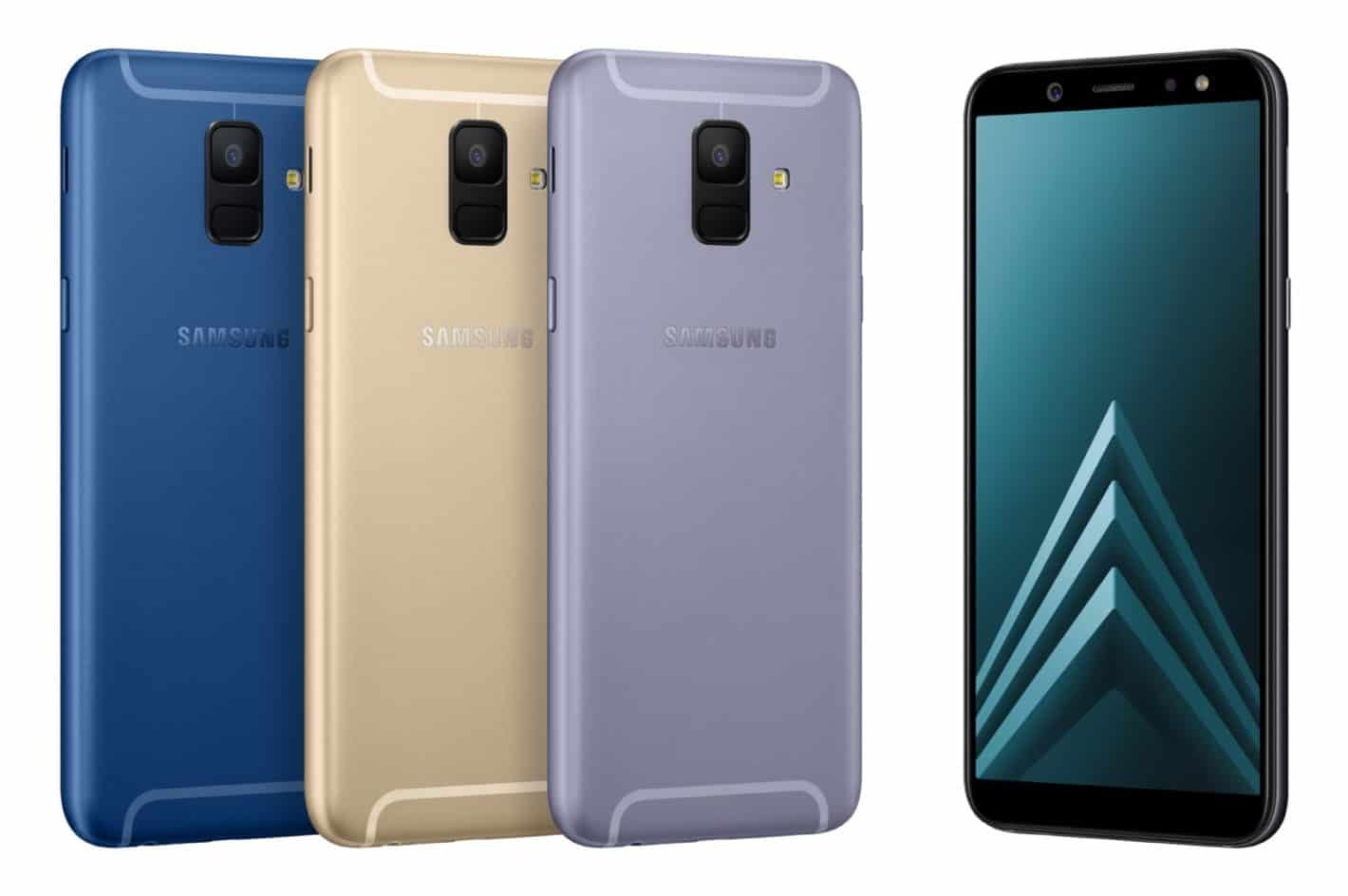 A new variant of the Samsung Galaxy A6 with model number SM-A600T has passed through the certification process of the Wi-Fi Alliance. The model number of the mid-range smartphone indicates that the device will likely be sold by T-Mobile in the United States. It has been previously reported that the handset will be retailed by AT&T and Sprint, although at this point, there is no clear information regarding the stateside pricing and availability of the device.

Samsung unveiled the Galaxy A6 back in May, and the device serves as the successor to last year's Galaxy A5 line. The Exynos 7870 chipset powers the handset and is comprised of an octa-core ARM Cortex A53 CPU running at a maximum clock speed of 1.6GHz and the Mali-T830 GPU. The smartphone is available in two hardware variants that contain either 3GB of RAM and 32GB of flash storage or 4GB of RAM and 64GB of flash memory. That storage volume can be expanded using a microSD card with a capacity of up to 256GB. The handset also sports a 5.6-inch Super AMOLED display with a resolution of 1,480 by 720 pixels and an aspect ratio of 18.5:9. The certification from Wi-Fi Alliance states that the device supports Wi-Fi networks that run on both the 2.4GHz and 5GHz frequencies. Both the front and the rear cameras contain 16-megapixel sensors, although the former comes with an f/1.7 lens and the latter sports an f/1.9 lens. The handset includes a 3,000mAh battery and a 3.5mm headphone jack, and also supports Dolby Atmos audio. The Galaxy A6 ships with Android 8.0 Oreo, i.e. Samsung's custom implementation of the thereof advertised as Samsung Experience 9.0. 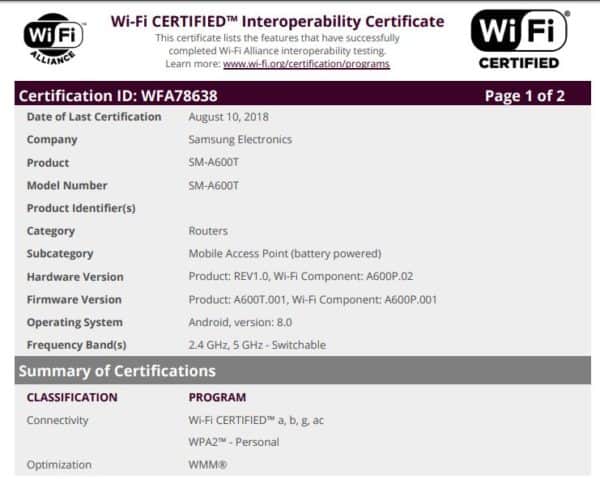