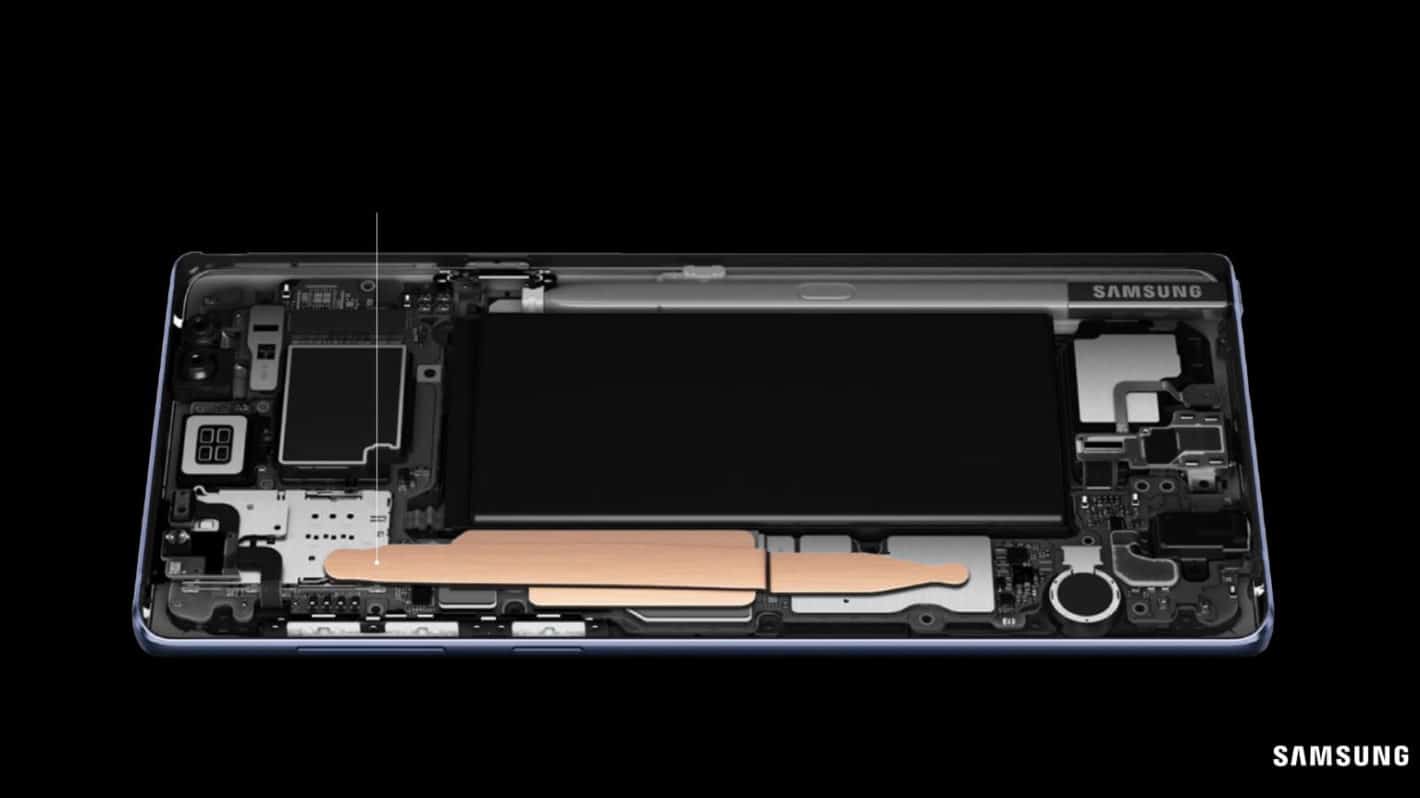 Samsung on Wednesday detailed the water carbon cooling system found inside the Galaxy Note 9, with the company confirming previous speculation about the setup in question being based on the same technology that first debuted inside the Galaxy S7 line in early 2016. Much like every high-end handset Samsung released ever since, the Galaxy Note 9 is equipped with a water-secreting thermal spreader. The module has been designed to absorb battery- and chip-generated heat, turn it into steam, and transfer the result away from the critical components of the host device. After the smartphone has been cooled, the steam condenses back into water, is reabsorbed by the spreader, and the process can start anew.

The water carbon cooling system of the Galaxy Note 9 utilizes largely identical mechanics but is significantly larger, as already revealed by a number of teardowns, though Samsung now also shared its own high-resolution imagery of the Android phablet's internals which can be seen below. Samsung also inserted a copper layer between the two thermal interface materials (TIMs) making up the cooling pipe so as to improve its ability to transfer heat. The volume of the new pipe is also more than 2.7 times larger compared to the solution found inside the Galaxy S9, which should both benefit the handset's ability to remain cool over long periods of heavy processing and improve the speed of the initial cooling process. The carbon-fiber TIM implemented into the system is up to nine times more conducive than silicon, still the most widely used material in the mobile industry.

The Galaxy Note 9 was officially released on Friday, with Samsung expecting the handset to outsell its direct predecessor. In the United States, the Android flagship starts at $999, whereas its best configuration with 8GB of RAM and 512GB of storage space retails at $1,249 unlocked. The Galaxy Note 9 is Samsung's final high-end mobile release of the year that's paving the way for the Galaxy S10 series expected to be introduced in early 2019. 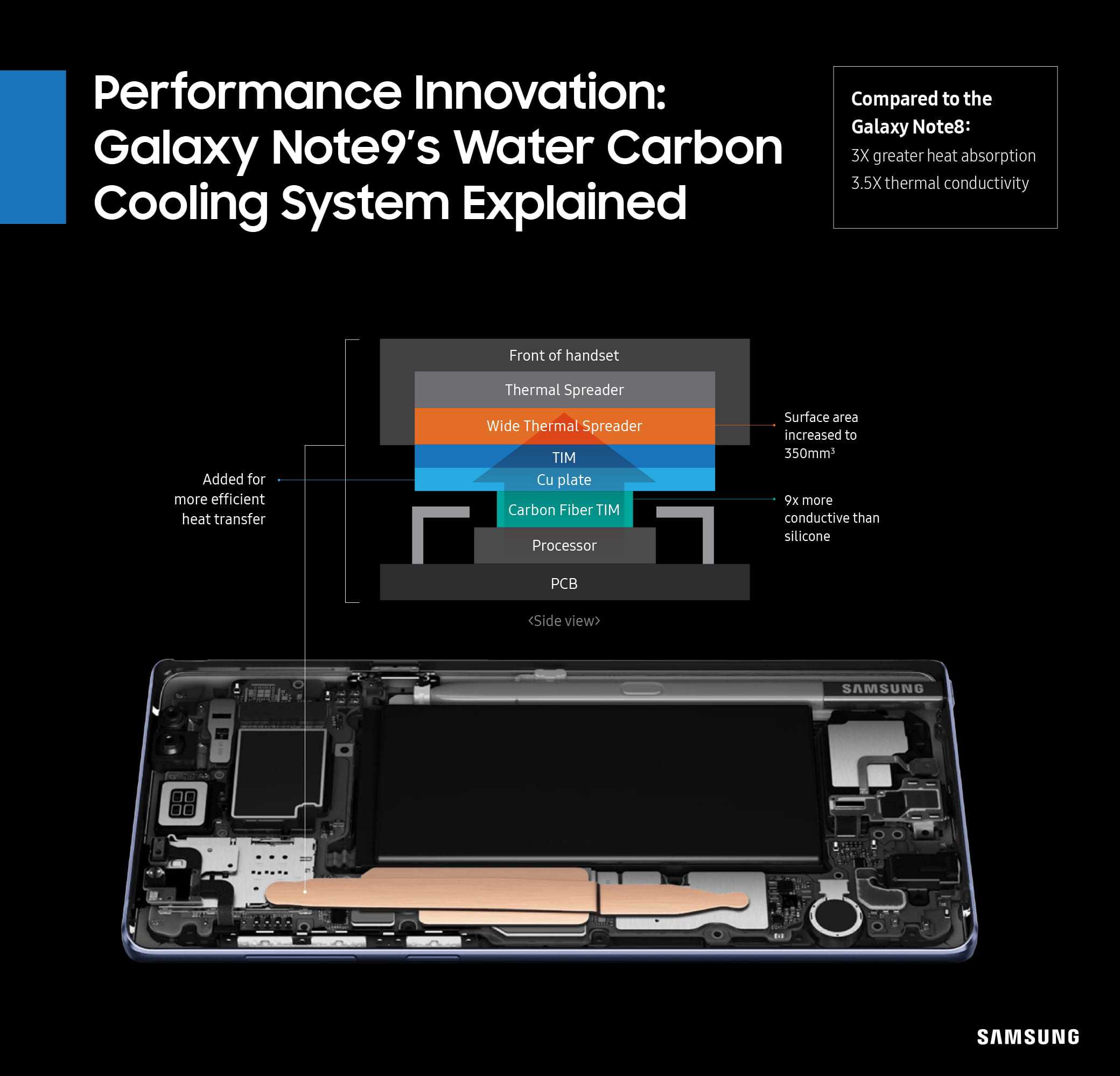