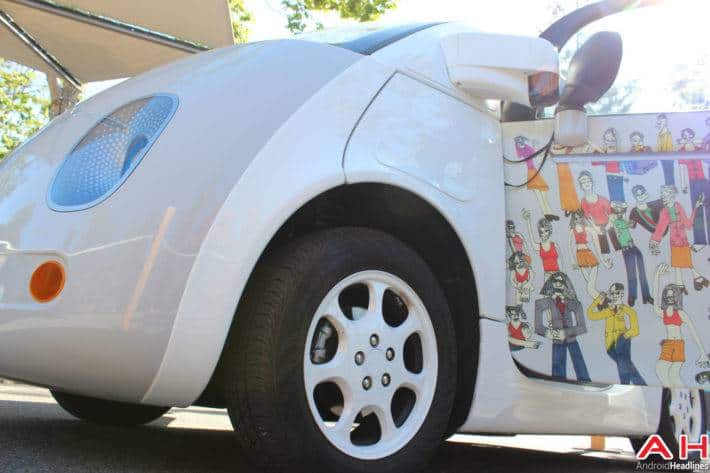 Autonomous vehicles need to be taught to be ‘courteous’ in order to balance out the aggressive human driving habits they emulate, according to a new paper published by researchers at U.C. Berkeley. The paper is titled Courteous Autonomous Cars and asserts that safety, efficiency, and driving quality form a good starting point for A.I. automobiles, but focusing on those alone results in increasingly aggressive and ‘selfish’ driving behavior. The team proposes a formulaic approach to better-driving centered around a dynamically-defined ‘courtesy’ term. The term is derived from several factors, including a mathematically-defined term for irrational human behavior. That behavior is effectively an evaluation of what actions drivers might be able to take if the A.I. vehicle were not present and that’s against the A.I.’s planned course of action. The courtesy term itself is added to a cost metric generated for the robotic driver. In short, it allows the autonomous vehicle to weigh how much an action will cost and find a middle ground in its response to everyday driving behaviors.

According to the researchers, the results should be a self-driving vehicle which leaves more room when performing actions such as merging while still ensuring it actually merges in a reasonable time-frame. What’s more, it may enable the A.I. in an autonomous car to perform potentially life-saving maneuvers in order to protect a human it perceives to be in an unsafe situation. The paper highlights that through an example wherein a self-driven vehicle moves to block another “entity” to ensure a human can safely proceed on an estimated route. Presumably, the courtesy algorithm would ensure the safety of the passengers in the self-driving car as part of its cost analysis, if there are any, as well as the safety of others on a given roadway. Of course, that’s also assuming the car in question can be taught to accurately assess the path to be taken by other living entities in its immediate environment, and whether any immediate danger is present.

Another benefit from the incorporation of a courtesy term would be its impact on the state of other drivers. That’s because a self-driving vehicle which exhibits human-like courtesy would be expected to reduce aggression of human drivers toward the autonomous vehicle. It would also make them safer at a most basic vehicle operation level, the researchers say. That’s based on a preliminary comparative analysis performed using real human driver trajectories found in the NGSIM database, which showed the courtesy term to enable the A.I. to more accurately determine the trajectory of other vehicles. Pending further research, it may turn out that a courteous vehicle that puts more human-like “thought” into its planned actions, is actually a better driver in every respect.