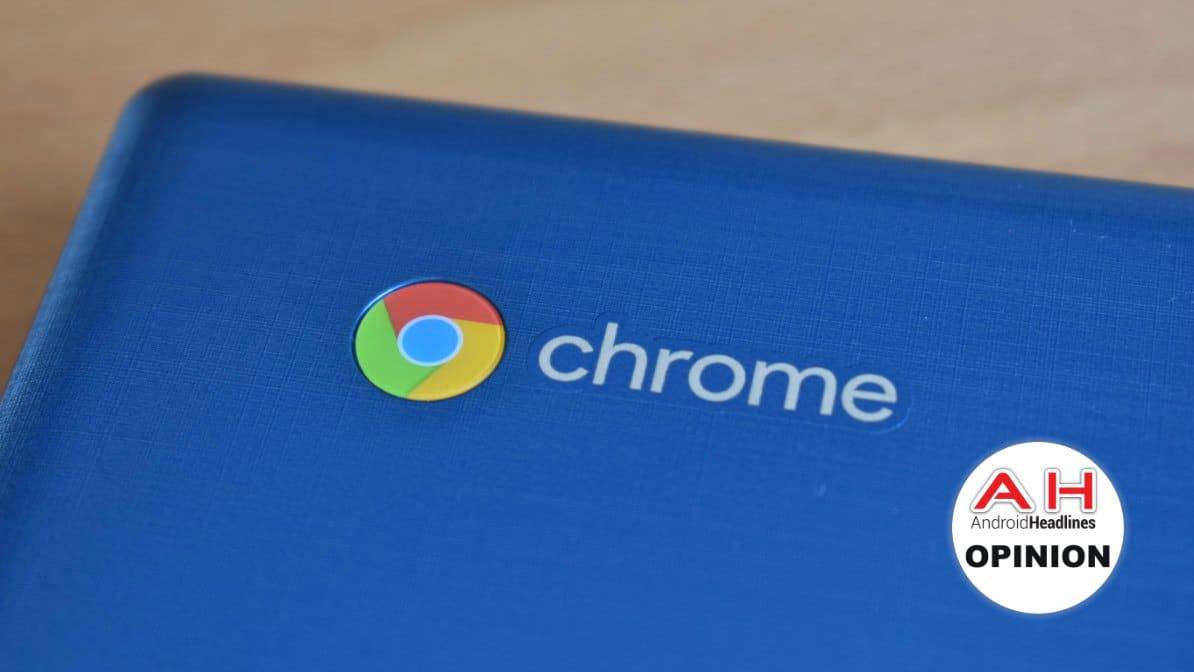 Chromebooks are the most common Chrome OS device on the market and among the most popular choices for buyers looking for a new notebook experience. However, the system itself has also been undergoing some relatively significant changes for the past several months and laptops aren't the only form the technology can take. Not only has prolific manufacturer Acer recently broken the mold with the release of the industry-first dedicated Chrome OS tablet but for years now, the OS has been available in an all-in-one form factor, as well as micro-PC and plug-and-play stick forms. Chromebases, Chromeboxes, and Chromebits may not be the most widely used variations but there are plenty of good reasons to think that those could see a resurgence. What's more, some manufacturers are already beginning to test the waters with new versions of previous releases in those categories.

Linux app support within the operating system itself is probably the most obvious reason that those secondary configurations could return en masse. While having a portable machine is generally preferable for those users who choose the OS, Linux apps would benefit from substantially more powerful hardware than what's offered in many Chromebooks. Chromeboxes and Chromebases, thanks to additional space allotted in a non-mobile chassis. Conversely, for consumers who want to purchase stronger devices for accomplishing desktop-like tasks but want the convenience Chrome OS can afford, access to Linux apps could provide that opportunity. To be clear, Google's own software solutions are by no means unusable and access to Android apps means that alternatives are available. However, Linux expands on that substantially and offers applications that are truly meant for a desktop instead of the often stripped-back mobile apps available via the world's most prominent smartphone OS. 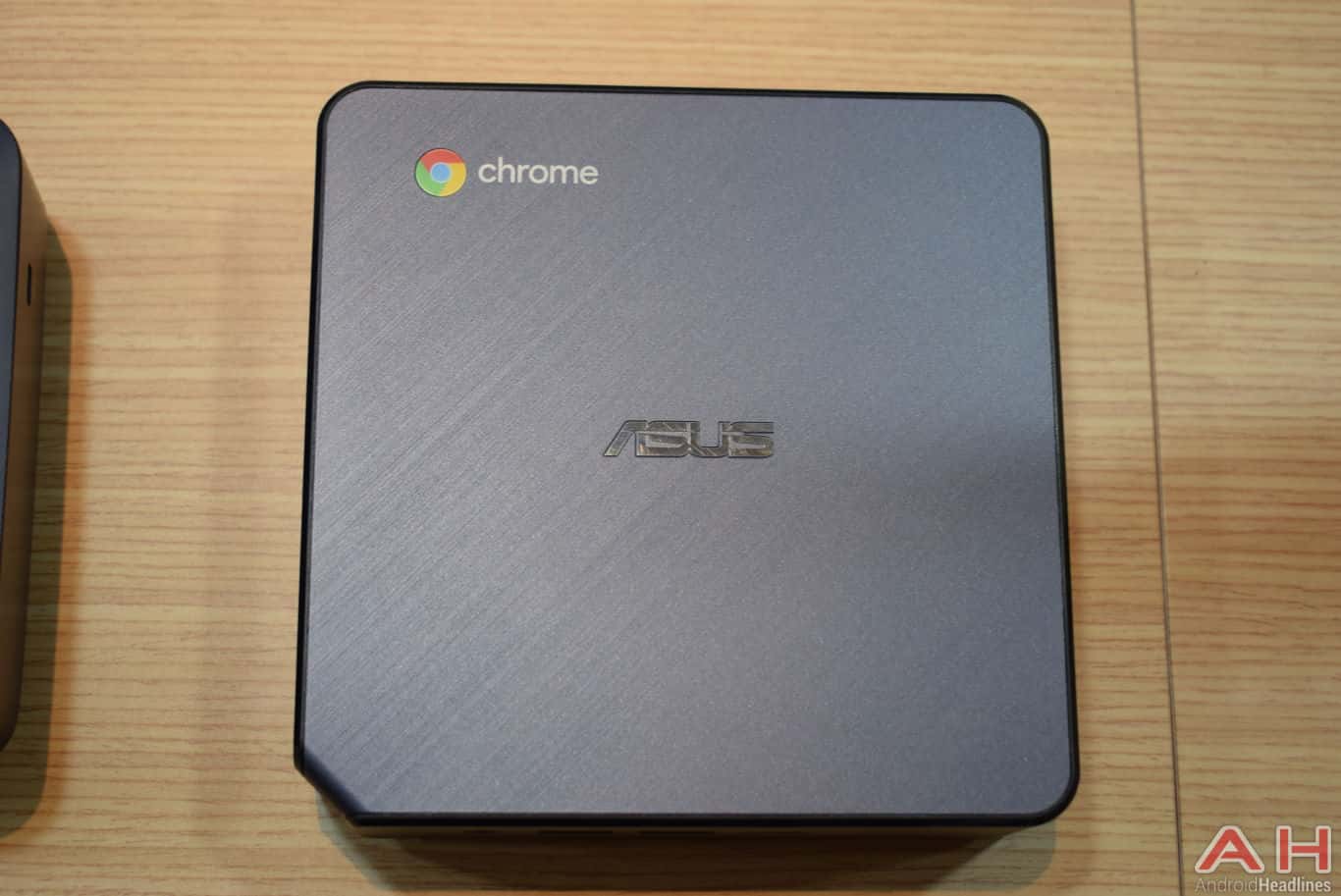 Although Chromebit and Chromebase have effectively disappeared from the public's eye, for now, Chromebox is alive and well with a niche audience of buyers. The category is effectively comprised of miniature PC cubes and boxes, sometimes resembling small-form Wi-Fi routers. Due to their size, these are machines that could readily benefit from the introduction of Linux apps and Android for home media centers and small workstations. As an alternative to often lag-ridden Windows experiences – particularly with micro PCs and associated internals – Chromebox stands apart from the other available form factors for Chrome OS. While certainly not well-known devices, Acer, HP, ASUS, and others have both continued to push forward with new and improved iterations. ASUS, for example, launched its Chromebox 3 in February after first showing it at CES 2018. HP's latest Chromebox, the G2, began shipping in May. So it seems to be a market that's primed and ready to take off, given the opportunity.

Chromebase is less known to the public, primarily seeing use among commercial customers for dummy terminals, enterprise, education and storefront interfaces and staying mostly out of the news for years. Acer's Chromebase 24 was among the last new devices launched in the segment from a major OEM, although there have been more recent efforts from smaller companies. But that form of Chrome OS device could see a resurgence as well. For those who may not know, Chromebase is a platform filled with all-in-one devices similar to some Windows machines or an iMac computer. In short, all of the key hardware of a PC is built into a larger display, usually between 20-inches and 27-inches. They can, of course, be a bit larger and that's the real advantage here. Chromebase represents a more traditional PC form without the need for external towers or boxes and the full benefits of a conventional mouse and keyboard. As mentioned above, Linux app compatibility will play a big role here if various manufacturers can take advantage of that support and marketing campaigns are conducted appropriately.

With that said, the comparative explosion of Android support is another fairly recent development that's bound to have an additional impact on the OS and its hardware. Combined with the aforementioned expansion of Linux support and recent use in enterprise environments, Android opens the doorway to a plethora of entertainment options. There are, of course, already options for gaming or streaming on a television or monitor thanks to Android TV and associated hardware. However, those are often expensive options and Chromebit offers a viable alternative, being similar to a Chromecast streaming device in size and functionality. Chromebits were a short-lived addition to the Chrome OS world which offered micro-PC functions with support for a keyboard and mouse. The hardware here will not be as powerful as the other devices and no touchscreen support will be possible in most cases. But the addition of the above-mentioned apps and lackluster state of the apps supported by Chromecast definitely appear to favor interest in Chromebit hardware.

The general improvements made to hardware for the operating system will undoubtedly play a big role too. Qualcomm is finally set to enter the Chromebook game with its Snapdragon-series chips, bringing a massive performance boost and improved energy efficiency. The company had held off for some time due to the price point of Chrome OS devices not quite meeting its minimal requirements. Bearing that in mind, the firm's octa-core 64-bit chipsets being added to the ecosystem should not only result in more powerful devices but a renewed surge in competition. That should mean that other component manufacturers will have the incentive to produce more powerful cost-effective silicon for use with the OS. Furthermore, that new drive for performance may be a boon to Chromebit in particular. The general trend and increasingly intense competition driving toward smaller component size and better efficiency would serve the platform very well. That's leaving alone that it may allow the least expensive form factor for Chrome OS to accomplish the tasks most users would need to complete.

Hope But No Guarantees

In addition to new opportunities in hardware and software, Chrome OS may still be able to reboot and gain popularity among consumers thanks to the brand and reputation built by Chromebooks. When first launched, other variations of the hardware required extra explanation and were a difficult sell but that may not be the case anymore. That was partly due to issues with pricing since those were typically more expensive than Chromebooks but they could easily fall within the same cost bracket now. Of course, at the end of the day, there are no guarantees that OEMs can break the various Chrome OS devices out of their respective niches. But there's also good reason to believe those aren't completely dead in the water either.