HTC’s VIVE division is looking to expand the number of potential users the developers on its Viveport platform can reach by adding support for Oculus Rift compatible titles. For clarity, many of the titles on Viveport and the associated Viveport Subscription service are already compatible with Oculus Rift. However, starting directly after the announcement itself, developers can now optionally choose to mark their titles as being Oculus Rift compatible in Viveport. That’s accomplished via the Developer Console, with Oculus Rift now being discoverable under “Compatible headsets” in the “Viveport Listing” tab of the tool. The checkbox next to the option simply needs to be clicked before developers submit things to generate a release of the title. VR experiences built with OpenVR should already be compatible. So those should be the only steps many developers need to take. The feature will show up on the consumer side of the equation starting on September 4, leaving developers with plenty of time to get their experiences prepared.

In general, the idea is to make it as easy as possible for those who want to access the store but who only own an Oculus Rift headset to determine which titles will work for them. For users, that should equate to more VR experiences becoming available regardless of which of the two companies they’ve chosen to buy from. For developers, that means a larger user base and potentially a significant increase in profits. Moreover, the change will also extend to and include Viveport Subscription. That means that VR users who don’t own an HTC VIVE will have more incentive to pick up a membership since they’ll be able to tell which titles will work before downloading them.

A Viveport Subscription plan allows users to pick and download five titles on a monthly basis from a collection of experiences curated by the VIVE team. That costs $8.99 on a per-month basis or 26-percent less than that for a three, six, or twelve month period. The monthly subscription also comes with a 14-day free trial. That means Oculus Rift users can get a better idea of what, exactly, is available for use with their hardware before paying full price. 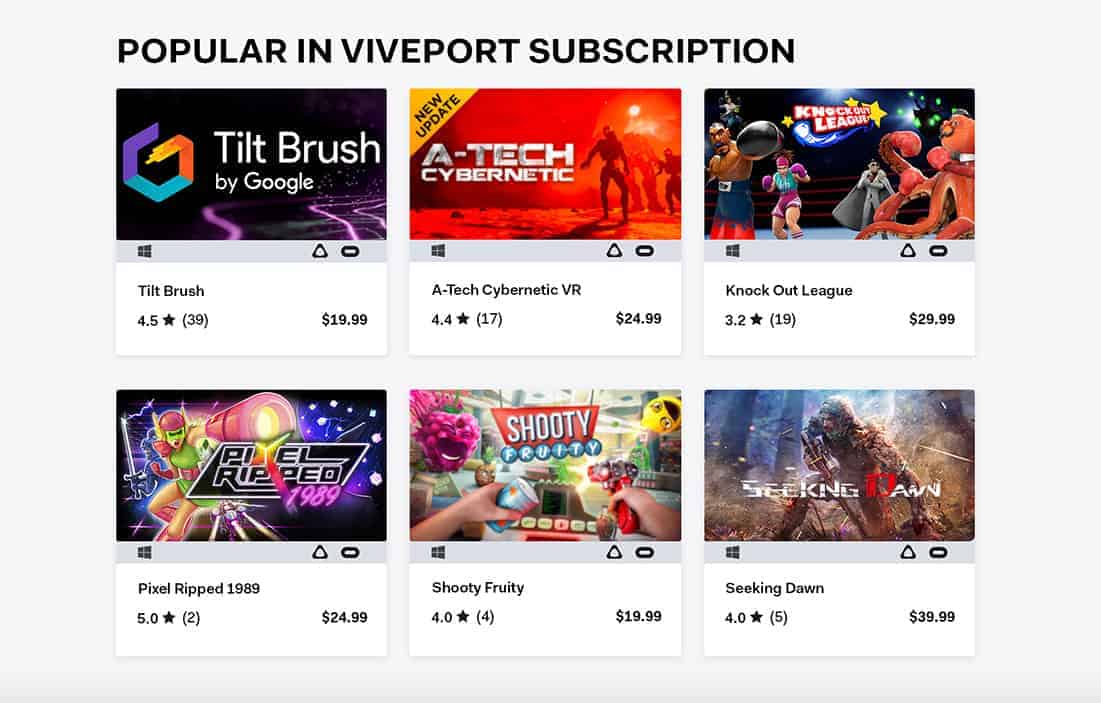