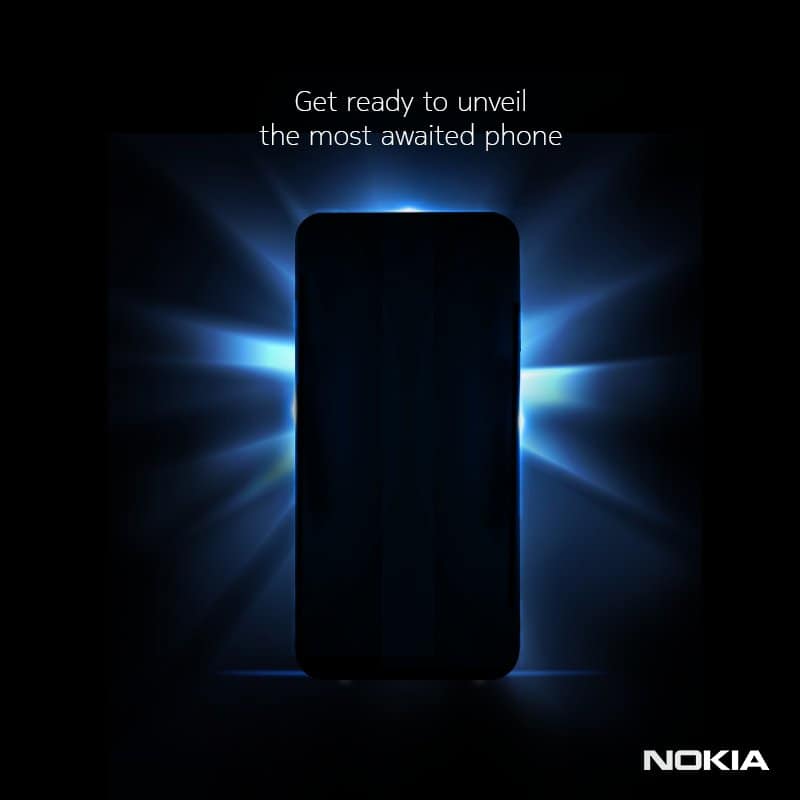 It seems like Nokia is planning to announce its new flagship on August 21, as the company has just confirmed via its official Twitter account, that an event will be held on that date. In addition to confirming the event, the company added the "Get ready to unveil the most awaited phone" caption, which definitely suggests that a flagship-grade phone is coming. The device is blacked out in the image, so the company did not really share any details in that regard, we'll just have to wait for the event itself, unless the phone ends up leaking out beforehand.

We will not have to wait for long in order for Nokia to unveil this handset, though, as the event is only a couple of days away at this point, so it's interesting that the company decided to announce this event so late. We still do not know where will this event be held, nor what time exactly, but Nokia will probably release additional info soon. If we had to guess, we'd say that the company is planning to announce the Nokia 9 handset, its long-rumored flagship. The Nokia 9 has been popping up all over the Internet for a long time now, and so much conflicting info surfaced, that it's kind of hard to say what to expect out of the device. All of those rumors and leaks appeared quite some time ago, and that makes things even more confusing.

In any case, based on the company's previous devices, the Nokia 8 and Nokia 8 Sirocco, the Nokia 9 is expected to sport an OLED display, and a rather large display at that. The phone will almost certainly be fueled by the Snapdragon 845 64-bit octa-core processor, which is Qualcomm's most powerful mobile SoC at the moment. The device may ship with a curved display, just like the Nokia 8 Sirocco, while two cameras will be included on the back of the phone. The device will include a fingerprint scanner, though who knows where will it be included, it will either sit on the back of the device, or under its display. The Nokia 9 will be a part of Google's Android One project, which means that the device will run stock Android.