HMD Global has launched a new update for the Nokia Camera application, introducing some changes to the user interface including a new carousel design for switching between different modes. Additionally, the latest version labeled as 90.0.1123.20 adds support for Google Motion which should give users the ability to capture short animated clips, as well as support for Google Lens, which expands the camera’s functionality with object recognition and relevant web searches. But apparently, there is a caveat attached to this new build, as according to numerous user reviews published on the Play Store over the past 24 hours, the latest update seems to cause various issues and/or remove certain features that were available prior to this latest release.

Specifically, some users report that following the new update, the application is now more prone to crashing when using features including time lapse and manual mode. Bokeh mode also appears to pose a few problems for both the front and rear cameras, leading to either crashing or unexpected errors, while other users claim that this feature is missing altogether. Other reported issues seem to be related to Panorama mode and focus. In addition, some users claim that the monochrome sensor no longer works with this latest update, while others suggest that the Pro mode is no longer available. In any case, it’s worth reminding that according to the official requirements on the Play Store, the Pro mode should only be compatible with Nokia devices equipped with ZEISS optics, such as the Nokia 6.1, Nokia 7 Plus, and Nokia 8 Sirocco. It should also be clarified that the current update has been launched for the “Nokia Camera” application published by HMD Global, and not the other app simply labeled as “Camera” which made the transition to the Play Store a little over a year ago and hasn’t been updated since March.

The OEM has been working on improving the camera app in various iterations over the past year or so, and assuming that the latest update is as problematic as the recent user reviews suggest, it remains to be seen when HMD will tackle the issues, presumably with a hotfix. Nokia smartphone owners who might still want to give the latest version of the Nokia Camera app a try can head down to the Play Store by hitting the banner below and expect an 85MB download. 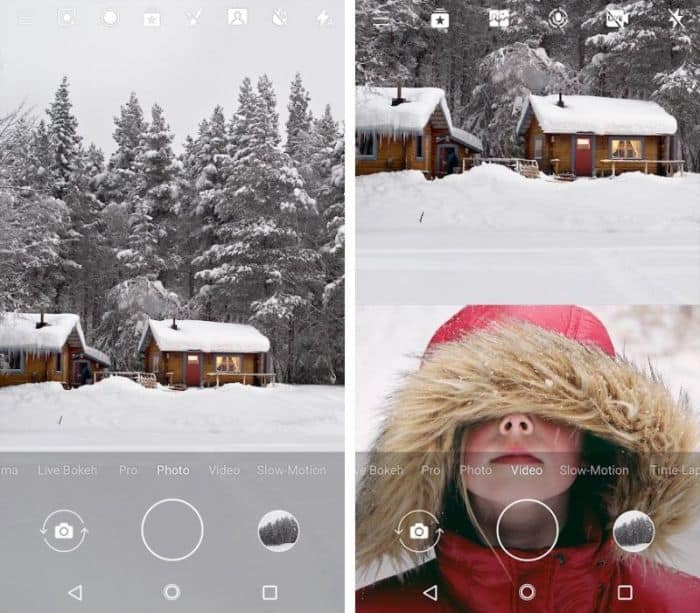