Samsung has now officially unveiled its Galaxy Note 9 flagship phablet and a brand new infographic to highlight the features and changes made to its iconic S Pen. The biggest of those changes is the inclusion of Bluetooth Low Energy components in the 106.37mm x 5.7mm body of the accessory, which allows for far more uses. For starters, certain aspects of the phablet’s functionality can now be activated at a distance of nearly 33 feet from the device. Those include custom actions performed by the on-stylus button, as well as those made available in third-party applications starting some point later this year. However, the Korean tech giant points to camera and media control as places where users can get started trying out the new S Pen. More specifically, users can now snap photos, navigate through slides of a presentation, or control the playback of a movie with a simple click rather than having to interact with the Galaxy Note 9 itself.

The Bluetooth module used and a built-in ‘Super Capacitor’ for power also mean the S Pen can be used for up to 30 minutes before it needs to be clipped back into its on-device slot. That’s around 200 clicks worth of use per charge, according to Samsung. That should be useful since it can also be used as a remote while the Galaxy Note 9 is connected to an external display via Samsung DeX. While docked, Galaxy Note 9 owners can also draw or write on the Note 9, with each stroke appearing on the connected display as well. However, the new features of the S Pen don’t end there. Samsung’s AR Emoji stickers can also be drawn or written on with the Galaxy Note 9 and the company is including the PENUP art-based social network on the flagship to encourage creativity. 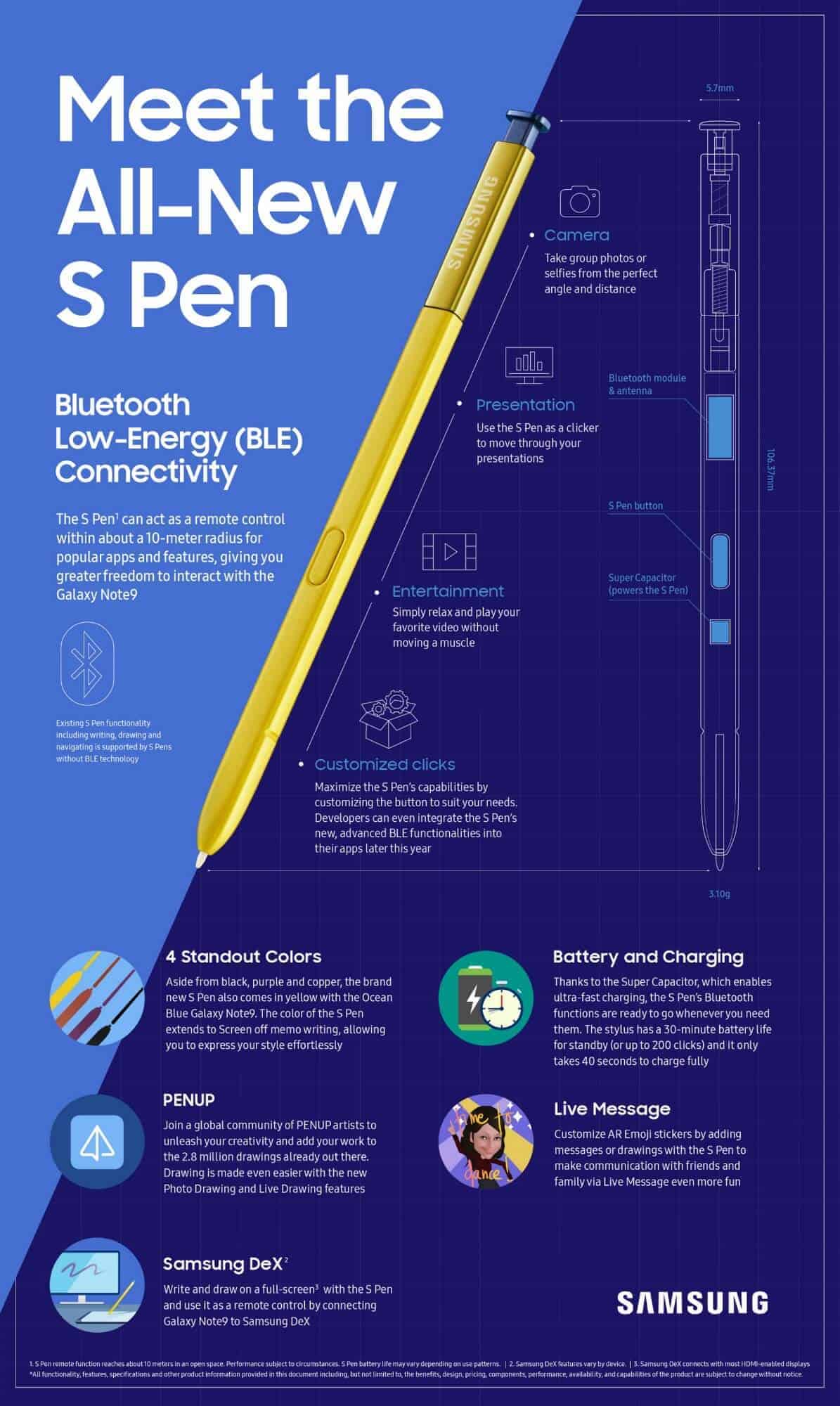