NETGEAR has partnered up with Harman Kardon to introduce a new smart home device, at IFA 2018, that serves three purposes in one. And the outcome is Orbi Voice. The Orbi Voice is an Orbi Satellite that you can add onto your existing Orbi mesh WiFi system at home or in your office, but it’s not the ordinary satellite. It is also a smart speaker, with the audio tuned by Harman Kardon and Amazon Alexa built-in. It’s a good looking speaker, wrapped in fabric with 360-degree audio, with antennas at the top and bottom to allow for better WiFi coverage, no matter where you place the Orbi Voice.

Inside the Orbi Voice, you’ll find 2.4GHz and 5GHz antennas at the bottom, with 5GHz antennas also located at the top. This is because 5GHz doesn’t offer as much coverage as 2.4GHz, so having them at the top and bottom allows the user to still have great WiFi coverage. Harman Kardon has a one-inch tweeter and a 3.5-inch woofer included, which is going to provide some great audio, along with the Bass Reflex Port. Harman Kardon has tuned the audio coming out of the Orbi Voice, so you’re getting the typical sound you’d expect from Harman Kardon. Which is more of a flat sound, which means that the bass won’t overpower the mids and highs. 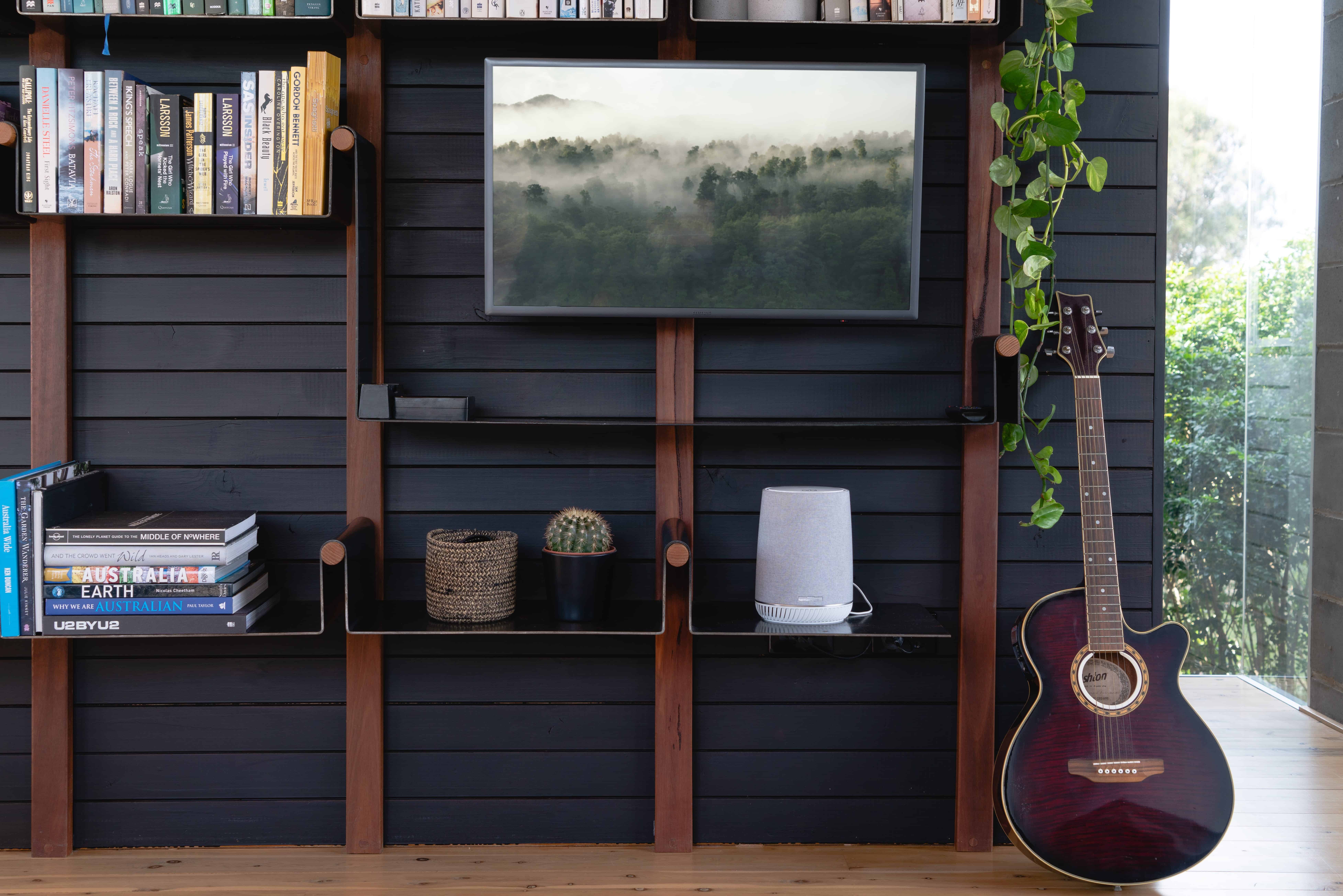 There are a few soft buttons on the top of the speaker, which include the usual array of volume controls, Bluetooth and muting Alexa. Unfortunately, NETGEAR did not include a physical microphone switch like Google has been doing with its smart displays lately. But it will still turn off so that you don’t trigger Alexa accidentally. There is also a ring just below the buttons, that will light up to show Alexa’s status as well as your WiFi status. So it kills two birds with one stone, basically, which is also good to see. Orbi Voice is compatible with English in the US, UK and Australia, as well as German and French languages. It is able to do everything that Alexa from an Echo would be able to do, which includes streaming music from the likes of Deezer, Spotify, Pandora, Amazon Music and much more.

With Orbi Voice, you can place this anywhere in your home, and the main reason for making it a smart speaker as well, is so that users will put this on a table or something, instead of on the floor. Putting a router on the floor typically means that you’re going to get worse signal from the router. So this is going to help customers. And it is also a good looking router (technically, satellite) that can be put out in the middle of the room without looking ugly. NETGEAR will begin selling the Orbi Voice next month for $299 as an add-on to your Orbi setup. Now, if you are not an Orbi customer already, you can pick up the Orbi with the Orbi Voice satellite for $429, also available beginning in September.