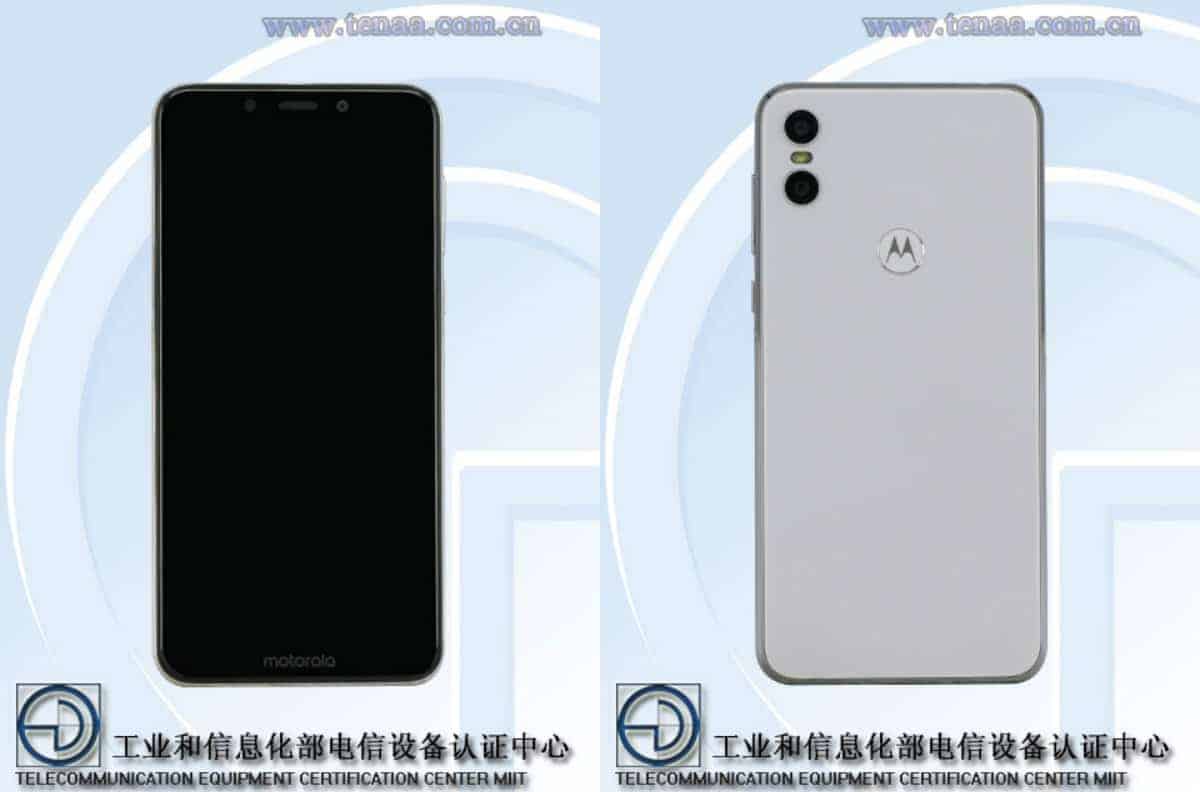 The upcoming Motorola One smartphone has been certified in China, the device surfaced on TENAA (China's equivalent to the FCC) under the 'XT1941' model number. Motorola had introduced the P30 smartphone in China less than a week ago, and it seems like the long-awaited 'One' handset may become official in the near future as well. We've exclusively revealed the design of the Motorola One back in June, when we shared two renders of the device, and this TENAA certification basically confirms that design, while it also shared some spec info when it comes to the Motorola One.

The Motorola One will be made out of metal and glass, Motorola's logo will be included below the display, while you'll notice the Android One logo on the back of the phone. Though it's not included in TENAA's images for one reason or the other. In any case, the phone will ship with two rear-facing cameras, and in-between those two cameras you'll notice an LED flash. A rear-facing fingerprint scanner will be available on the device, and Motorola's logo will be imprinted on it, it seems. The device's display will offer rounded corners, while the phone will include a rather wide notch at the top of the display. All the physical keys will be placed on the right-hand side of this phone, while its SIM card tray will be accessible from the left.

The Motorola One will sport a 5.86-inch (1520 x 720) display with a 2.5D curved glass on top of it, while the device will be fueled by a 64-bit octa-core SoC clocked at 2.2GHz, quite probably one of Qualcomm's mid-range processors. The device will become available in 3GB, 4GB, and 6GB variants, with 32GB, 64GB and 128GB of internal storage, respectively, at least according to TENAA. Two SIM card slots (2x nano SIM) will be available here as well, and we're looking at a hybrid setup. Android 8.1 Oreo will come pre-installed on the phone, while one of the rear-facing cameras will include a 13-megapixel sensor. An 8-megapixel camera will be included on the front side of the phone, while a 3,000mAh battery will also be included in the package. The device will measure 149.9 x 72.2 x 7.9mm, while it will weigh 162 grams. The device will arrive in Black, Gold, and White / Silver color variants, and it's expected to become official alongside the Motorola One Power soon, maybe even at this year's IFA in Berlin.