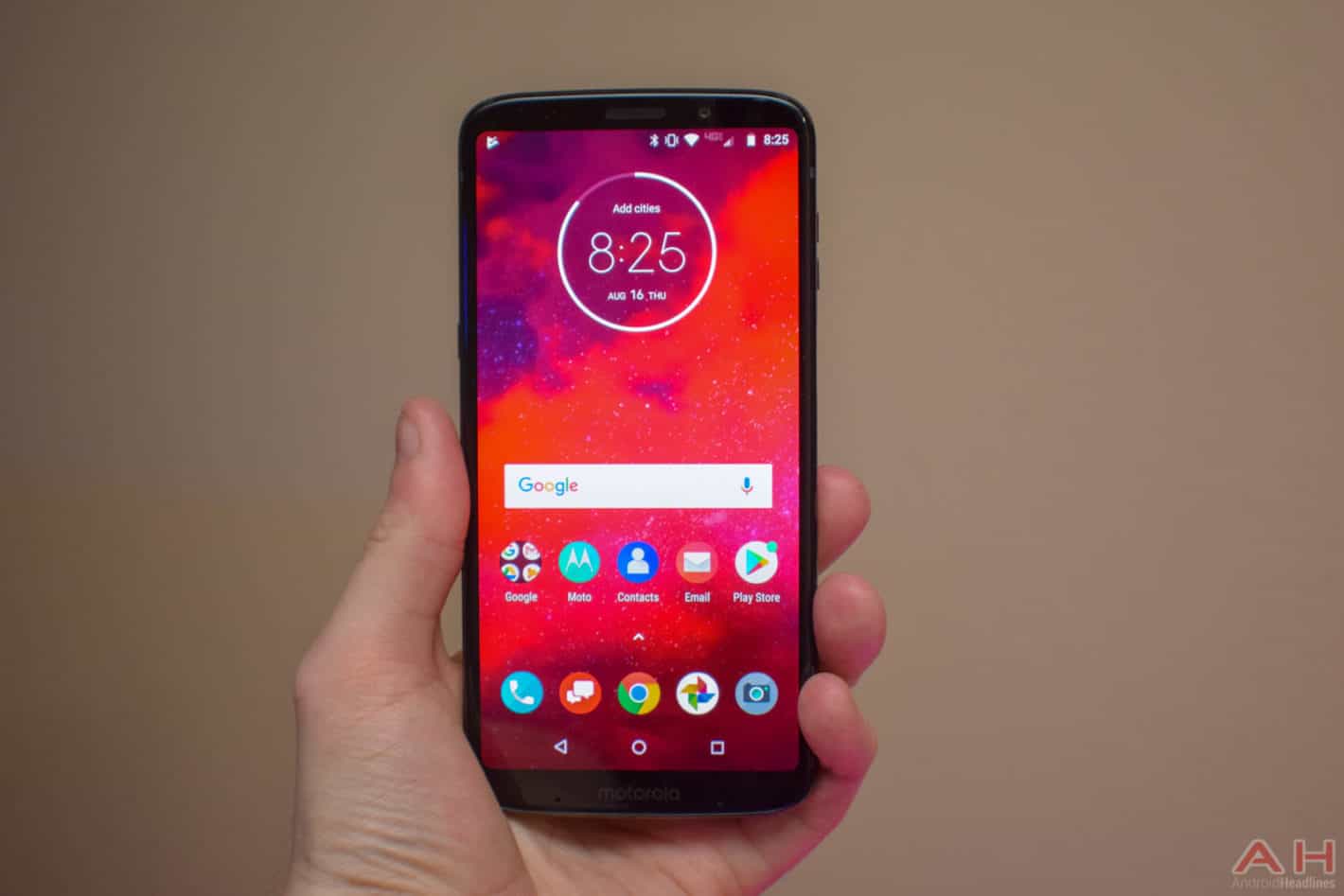 The Motorola Moto Z3 is now available to purchase from Verizon, after being announced nearly two weeks ago. The Moto Z3 is the latest flagship from Motorola, which is an exclusive to Verizon. The big deal with this smartphone is the fact that it is the first 5G-upgradeable smartphone. And that is because of the 5G Moto Mod that Motorola also announced with the Moto Z3. However, that Moto Mod won't be available until next year, when Verizon's 5G network actually becomes available. So for now, you'll have to rely on Verizon's 4G LTE Network with the Moto Z3.

Moto Z3 may be a flagship from Motorola, but its spec sheet isn't what you'd expect in 2018. There is a 6.01-inch 18:9 aspect ratio, full HD+ AMOLED display here, however, it is running on the Snapdragon 835 chipset along with 4GB of RAM and 64GB of storage. That's a bit surprising, that is running the same processor as the Moto Z2 Force, and on paper, it's pretty much the same phone as the Moto Z2 Force. Except it doesn't have ShatterShield and it has a longer display. This is powered by a 3000mAh battery, which may seem rather small these days, but remember there are a couple of Moto Mods out there that do give the Moto Z3 more battery. Unfortunately, there isn't one included in the box, like Motorola did with the Moto Z3 Play just a few months ago.

Verizon is selling the Moto Z3 for just $480 (or $20 per month), which might explain why it is running on the Snapdragon 835. It's still a very fine processor, and will do the job pretty well. And at $480, this is actually a really good value. But the Moto Z3 is still in a strange spot. As it is cheaper than the lower-end, Moto Z3 Play. You can grab the Moto Z3 from Verizon using the link below. It's only available in one color – Ceramic Black.

Advertisement
Buy the Moto Z3 (Verizon Wireless)
Trusted By Millions
Independent, Expert Android News You Can Trust, Since 2010
Publishing More Android Than Anyone Else
0
Today
169
This Week
661
This Month
3173
This Year
104652
All Time
Advertisement