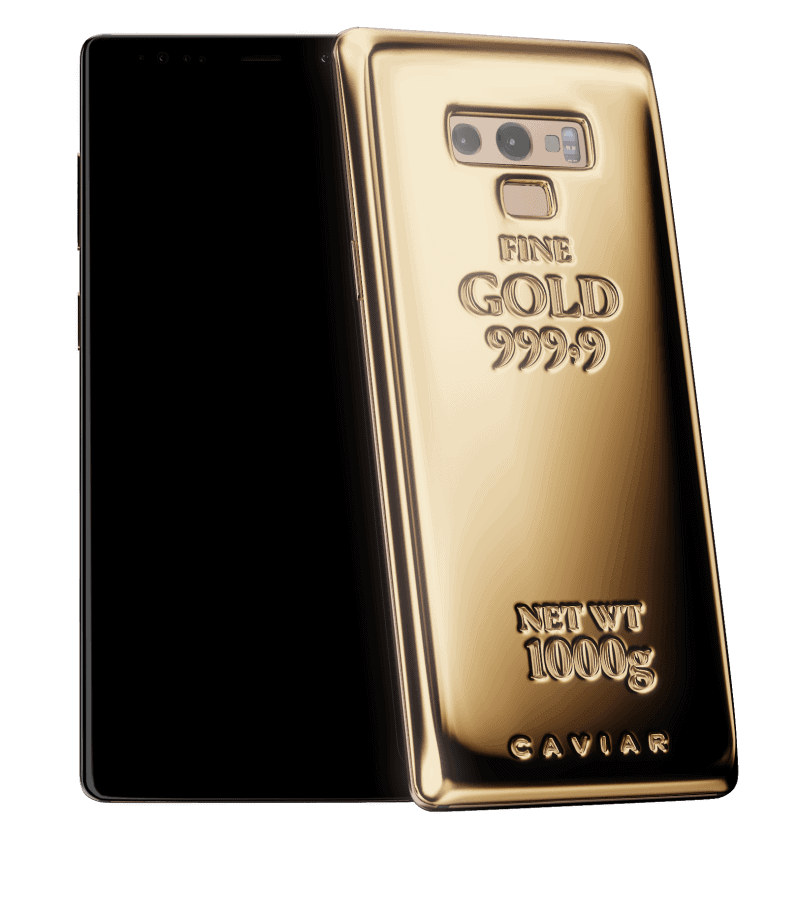 The Samsung Galaxy Note 9 was announced last week in New York, and following a number of third-party accessory announcements in the last couple of days, Caviar has just listed its special edition Galaxy Note 9 handset online. Caviar, for those of you who do not know, is a Russian luxury smartphone customization company, not exactly a smartphone manufacturer, but a smartphone-tweaking company, rather than anything else.

The Galaxy Note 9 Fine Gold Edition actually comes with the same spec sheet as a regular Galaxy Note 9 model, and as already mentioned in two storage variants. The phone's front side is identical to the one on the original Galaxy Note 9. The device, as most of you know already, features a 6.4-inch QHD+ Super AMOLED display, comes with IP68 certification, and a set of stereo speakers. A 4,000mAh non-removable battery is a part of the package as well, as are two 12-megapixel cameras which are located on the back of the phone. If you'd like to know more about the Galaxy Note 9, click here.