LG Electronics on Wednesday unveiled the first 8K OLED TV in the world, debuting a device with an 88-inch panel and a resolution of 7,680 by 4,320 pixels amounting to a conventional widescreen aspect ratio of 16:9. The company’s new cutting-edge offering was presented at the latest iteration of IFA, a Berlin, Germany-based trade show that’s opening its doors to the general public on Friday. By combining an ultra-high resolution with its OLED technologies, the Seoul-based manufacturer managed to deliver a display panel with more than 33 million self-emitting pixels that are both energy-efficient and capable of producing true blacks and an infinite contrast.

The TV itself still doesn’t have an official moniker attached to it, though its name is expected to be confirmed in the coming months, with LG indicating mass production will begin in the near future. It’s presently unclear whether the 88-inch model that will be showcased at IFA over the course of the next several days will actually be commercialized but smaller 8K OLED TVs are understood to be in the works. LG won’t be positioning the new 8K line as its main TV series but still resolved to launch it in order to start investing in the 8K market that’s expected to surpass five million sales by 2022. Likewise, OLED TV shipments are currently projected to hit at least nine million units over the same period, though estimates about the overlap between the two categories are still varied.

Like other flagship TV products from LG, its 8K OLED product is likely to run WebOS, though deep integration with a broad range of Google-made service is still expected to be part of the package. The South Korean electronics maker has been strengthening its relationship with Alphabet’s subsidiary in recent years, as evidenced by a number of its product lineups, including new smartphones, smart speakers, and high-end televisions. No firm release window has yet been attached to the newly unveiled 8K OLED TV. 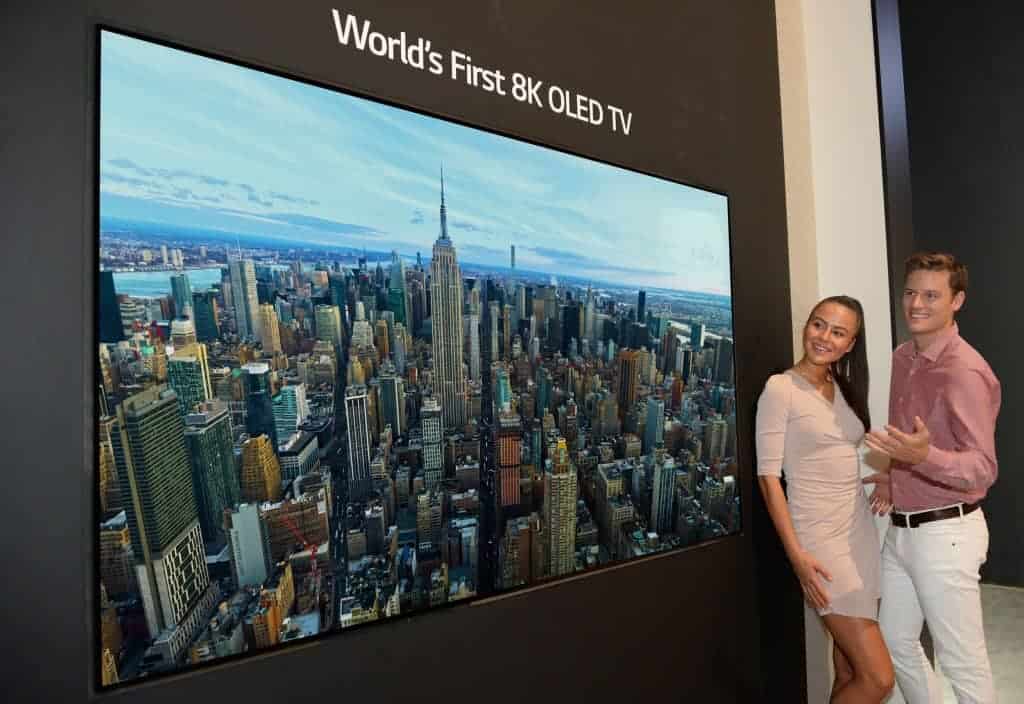