LG Display will have the technological capabilities to mass-produce flexible OLED panels for some of the world's first foldable smartphones, South Korean outlet ETNews reports, citing sources close to the Seoul-based company. The firm is said to already be able to deliver display modules with a curvature ratio of 2.5R, though that figure should be closer to 1.0R come next year and hence be comparable to the capabilities of Samsung's flexible OLED panels, sources claim.

While LG experimented with the concept of a foldable smartphone in the past, as evidenced by a number of its recent patent filings, and was even the first electronics manufacturer to commercialize curved handsets with the Flex2 released in early 2015, the company gave no indication of plans to launch a bendable mobile device in 2019. That's precisely the goal that Samsung is presently working toward, whereas Huawei may even be able to release a foldable phone as early as late 2018, according to recent reports. Chinese BOE is the only major panel maker besides Samsung and LG that's currently working on contemporary flexible displays, with industry insiders claiming the firm already partnered with Huawei on its foldable handset project.

OPPO and Xiaomi are also currently said to be working on such devices but it's still unclear whether they'll be able to commercialize them next year. Samsung is understood to have delayed its first bendable device on numerous occasions over the last several years and even restarted the project from scratch at least once due to durability concerns, as well as issues with manufacturing yield rates. The company's foldable smartphone is expected to run Android and be priced in the ballpark of $1,500, offering features catering to tech enthusiasts and gamers, recent reports indicate. Smartphone makers are said to still be uncertain about the commercial potential of the foldable phone concept and are hence expected to approach it in a calculated manner. 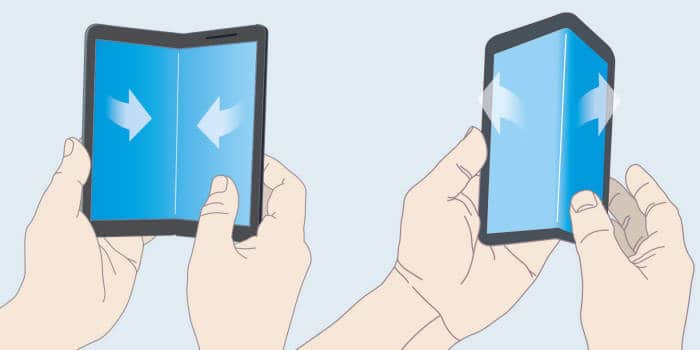