A real-life image depicting what’s said to be the retail packaging of the Galaxy Note 9 emerged online earlier this week, confirming a wide variety of reports about the specs and features of Samsung’s upcoming Android flagship. The photograph that can be seen below originated from Russia, the same country that already leaked Samsung’s dual wireless charger that’s expected to launch alongside the Galaxy Note 9. The newly sighted packaging gives more credence to the possibility that the base model of the Galaxy Note 9 will offer 128GB of storage space instead of a 64GB configuration, in addition to reiterating previous rumors about the phablet featuring a 6.4-inch Super AMOLED display with a QHD+ resolution and an 18.5:9 aspect ratio.

The rear-facing dual-camera setup of the Galaxy Note 9 will be identical to the one found on the back of the Galaxy S9 Plus released earlier this year, with Samsung once again opting for two large 12-megapixel sensors, one of which is mounted behind a variable-aperture lens capable of switching between f/1.5 and f/2.4, whereas the other one uses a fixed f/2.4 module, as per the same source. The front camera of the phablet also appears to be unchanged compared to the lest several high-end releases from Samsung, with the device apparently sporting a single 8-megapixel sensor on its slim top bezel.

6GB of RAM and a 4,000mAh battery are also mentioned, together with super slow-motion (960fps) recording capabilities and a new S Pen stylus with remote features. The retail packaging also references a rear-mounted fingerprint scanner, IP68-certified resistance to dust particles and water, as well as native Samsung Pay support and the presence of the company’s Knox security platform. An ultra-premium version of the Galaxy Note 9 with 8GB of RAM and 512GB of flash memory is also said to be coming to the West, with the new Android flagship series from Samsung being scheduled for an official announcement on Thursday, August 9. 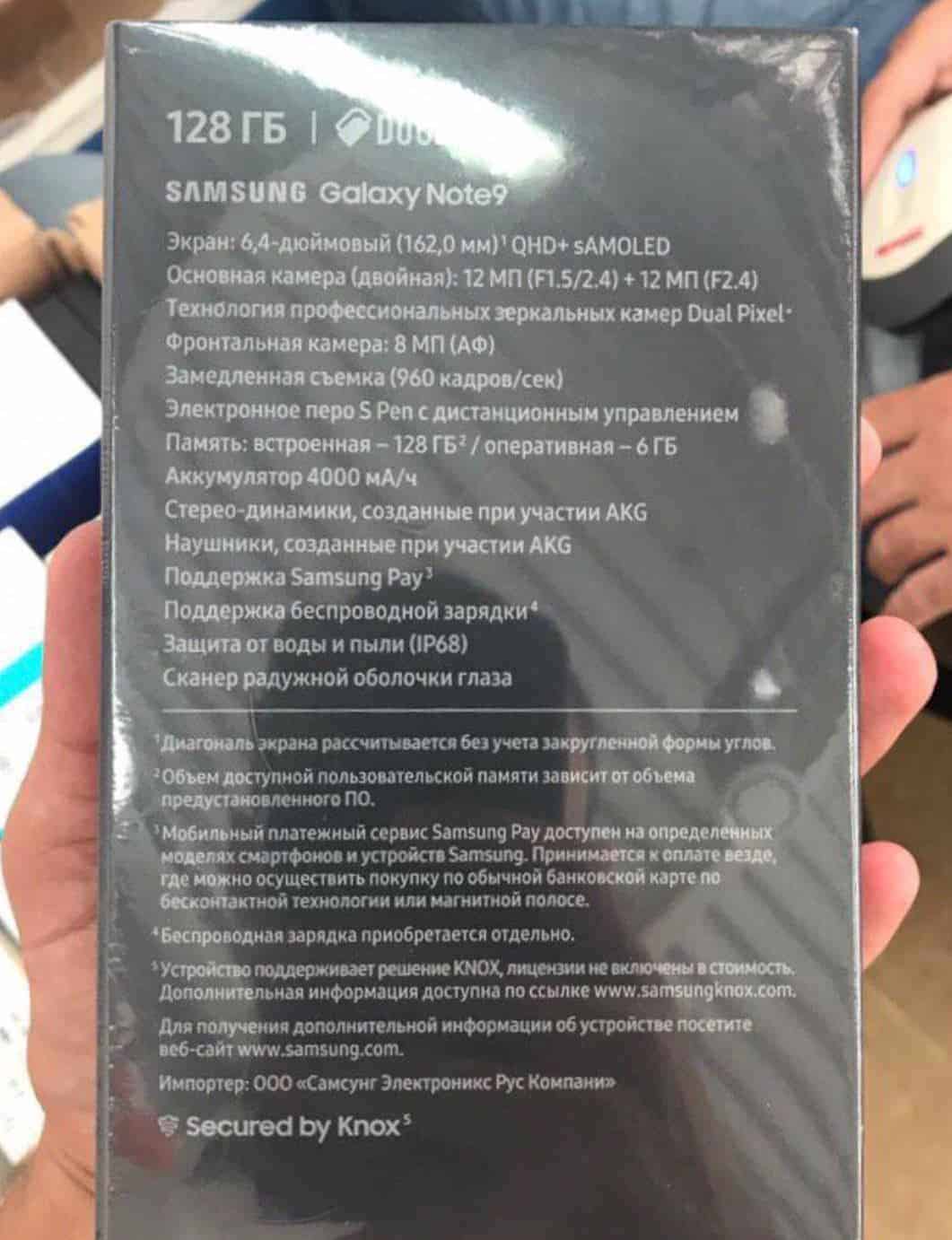