Skip to content
Advertisement
Trusted By Millions
Independent, Expert Android News You Can Trust, Since 2010
Publishing More Android Than Anyone Else
34
Today
106
This Week
289
This Month
2950
This Year
113013
All Time
Advertisement Marvel: Contest of Champions is getting a new hero in the form of a rock golem known as Korg. He’s got a wide array of tanky special moves, packs a ton of health, and has even brought along his friend, Miek the blade-equipped insectoid larva. The pair appears as they did in the Thor: Ragnarok film, so fans of the comics expecting to see Korg in his steel armor or a full-grown Miek ripping into enemies to leave his eggs behind and control them will be disappointed. Korg has technically been available in the game since September 21 as part of a special preview pack that could be purchased for the mobile game with real money, but now, Korg and Miek will be available to free players as well, since Korg will begin appearing in normal boxes.

For those who haven’t purchased the preview pack and are wondering where Korg will fit into their strategy, expect  a high-HP tank character with a number of defensive and synergy abilities. In base form, his power rating is 3,830. His health is 17,788 and his attack power rating is 1,047. He gets a bonus from his Rock Anatomy and Crowd Excitement passive skills. He can also use Rock Shield, and if he’s struck by a Medium, Heavy or Special Attack while using it, he’ll not only suffer reduced damage, but his Rock Hard Thorns skill will activate, dealing some damage to enemies.

As one could guess, he fits together well with most of his Thor: Ragnarok co-stars. He gets attack and fury buffs when paired up with the Thor: Ragnarok version of Thor, he gets a Crowd Excitement boost and the ability to perform a 20-second long Armor Break when paired up with the Thor: Ragnarok version of Hulk, he gets an Elemental Hide bonus when paired with Iceman, and teaming him up with Heimdall and Loki will give you whole team a 5% health bonus. Overall, he’s a great hero for teams that need a defense boost against opponents with high attack ratings, and he excels at imparting buffs to himself and his team while crippling opponents. He’s definitely not your guy if you’re going to be up against a foe or a team with high HP and low attack, though he could potentially wear such teams down at higher levels as his health and attack power rise. 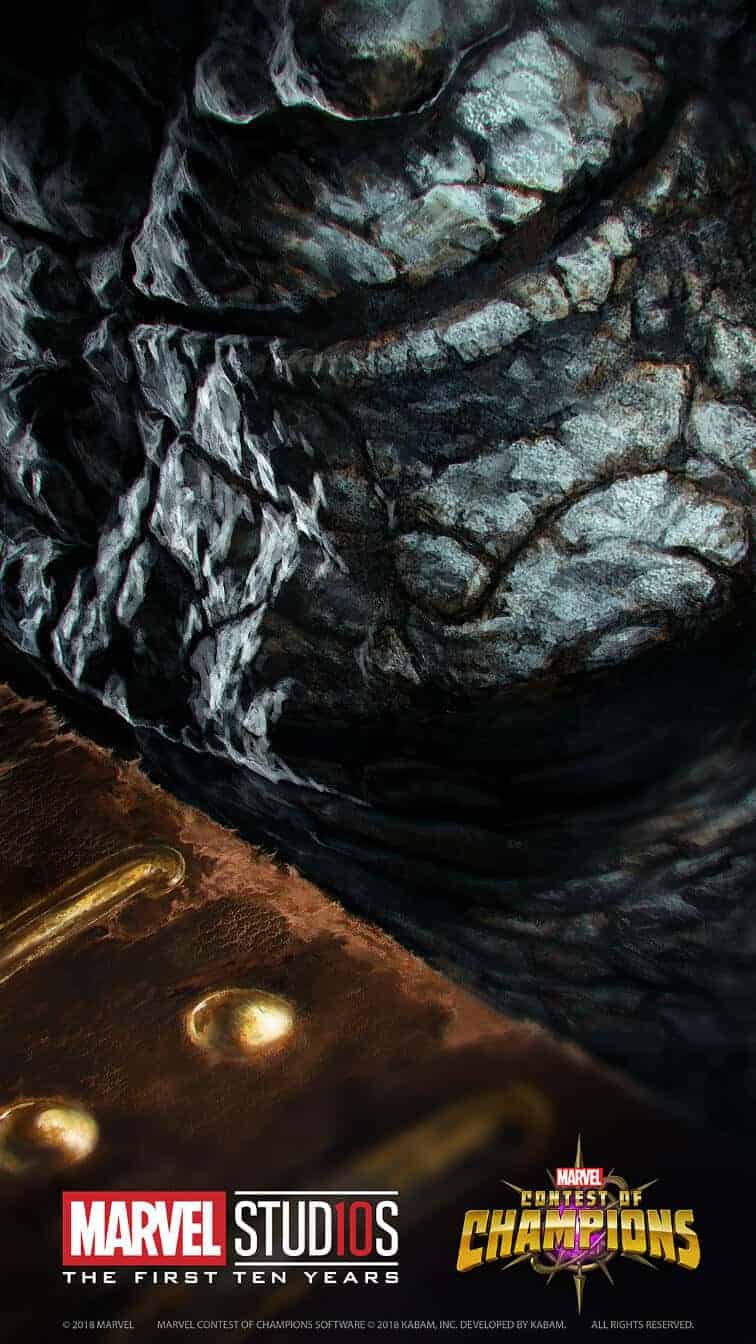