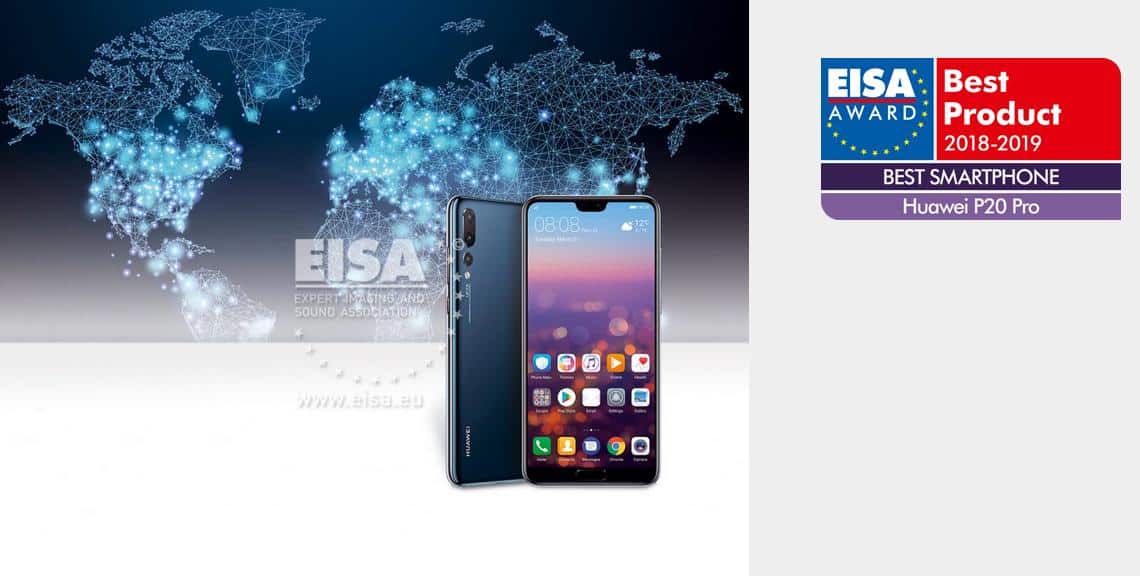 Huawei has just announced that its P20 Pro flagship has won the 'Best Smartphone of the Year' award by EISA. For those of you who do not know, EISA stands for European Image and Sound Association, and that group is comprised out of 55 well-known consumers electronics magazines. EISA basically praised various aspects of the P20 Pro in its statement, mentioning the phone's display, battery, fast charging, and its camera, above everything else.

That being said, the Huawei P10 was named the 'EISA Smartphone Camera 2017-2018', while the Huawei Watch 2 was the 'EISA Wearable Device 2017-2018'. An award to the P20 Pro is not the only award that the association gave out, of course, a number of other devices won awards in different categories. The Nokia 7 Plus has won the 'Consumer Smartphone' award by EISA, while the NOA Element N10 was awarded the 'Best Buy Smartphone' award. And last, but not least, the Honor 10 received the 'Lifestyle Smartphone' award, that's more or less it as far as smartphones are concerned. EISA did give out a number of awards in different categories, and if you're interested in checking out a full list of winners, head over to the official website of this association (source link down below).

The Huawei P20 Pro was introduced back in February, and has been available all over the world for a while now. The device was shown off along with the P20 and P20 Lite back in February, and it seems like sales are going well enough for the company, as Huawei is aiming to sell 200 million smartphones in 2018. The P20 Pro comes with the most powerful Huawei-branded chip, the Kirin 970, while the device also includes 6GB of RAM and a rather capable set of three cameras on the back, while each of those cameras are covered by a lens from Leica. If you'd like to know more about the P20 Pro, read our full review.