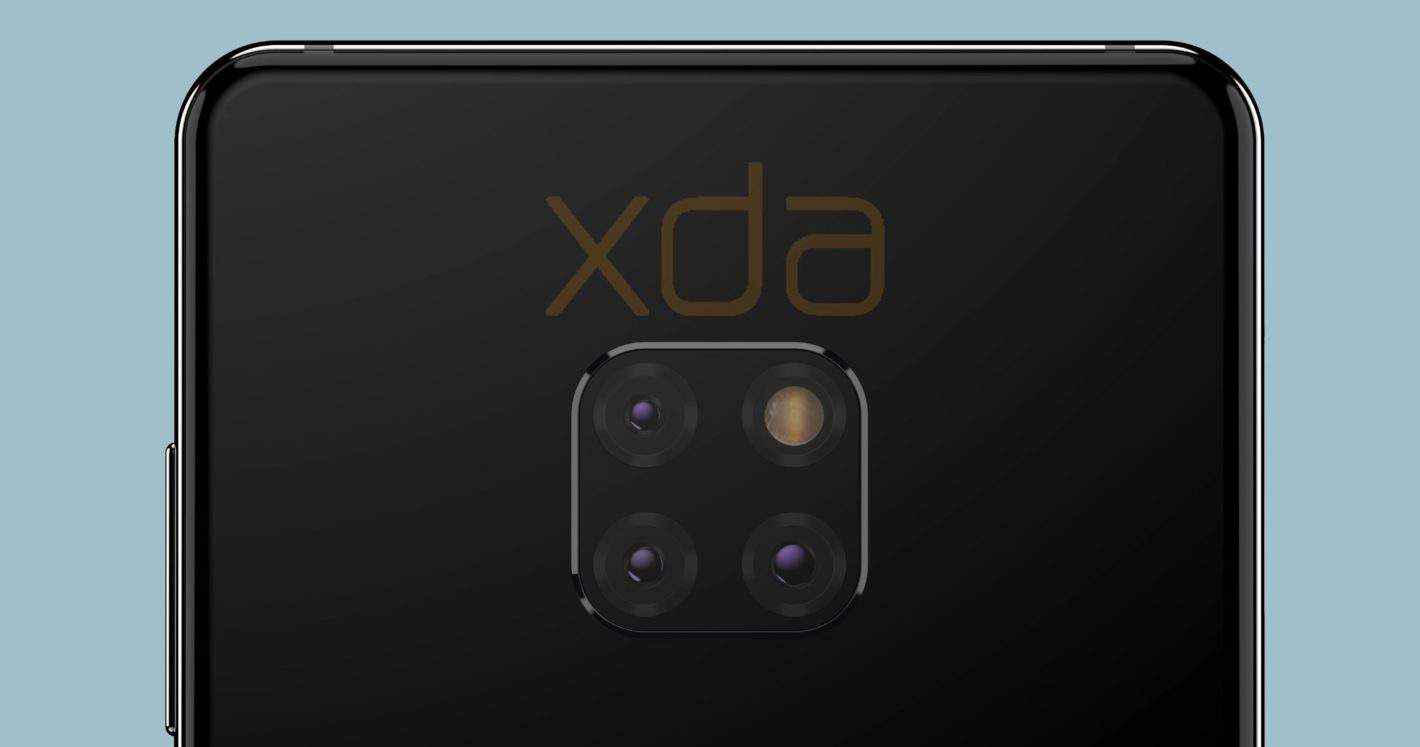 Half a dozen unofficial renders depicting what's said to be Huawei's upcoming Mate 20 flagship leaked online earlier today, having been authored by handset concept artist known by their online handle "@SRenderr" in collaboration with XDA Developers. The outlet claims it largely recreated the renders based on a number of real-life photographs showing an engineering sample of the Mate 20 but chose not to publish them in order to protect the identity of their Chinese source. The images that can be seen below aren't meant to be perfectly representative of the final product, especially as its exact dimensions remain unknown and some button positions are unclear, though they reveal several key design cues that will differentiate the Mate 20 line from the P20 series which Huawei debuted earlier this year.

The device will feature a 6.3-inch screen with a waterdrop-like display notch that's significantly smaller than the one found on the P20 and P20 Plus, the new leak indicates. Huawei will still be cutting costs on the resolution as the regular Mate 20 will only offer an FHD+ display with 2,244 x 1,080 pixels, hence being unsuitable for VR applications. Dual stereo speakers will also be on offer, together with a 3.5mm headphone jack found on the top of the device which was missing from the P20 line, the same leak reveals.

A rear-mounted fingerprint reader will be part of the package, as suggested by previously leaked Mate 20 firmware, though its shape and exact position remain unclear. The higher-end Mate 20 Pro may end up shipping with an in-display fingerprint reader, industry insiders suggested earlier this summer. The look of the main camera setup will differ from the vertical arrangement seen in the top left corner of the P20 as Huawei apparently opted to situate the three rear cameras in a square which is completed by a dual-LED flash unit. The Chinese tech giant is expected to officially announce the Mate 20 lineup in October or November, with the series being likely to consist of two flagships and one Lite-branded mid-ranger.