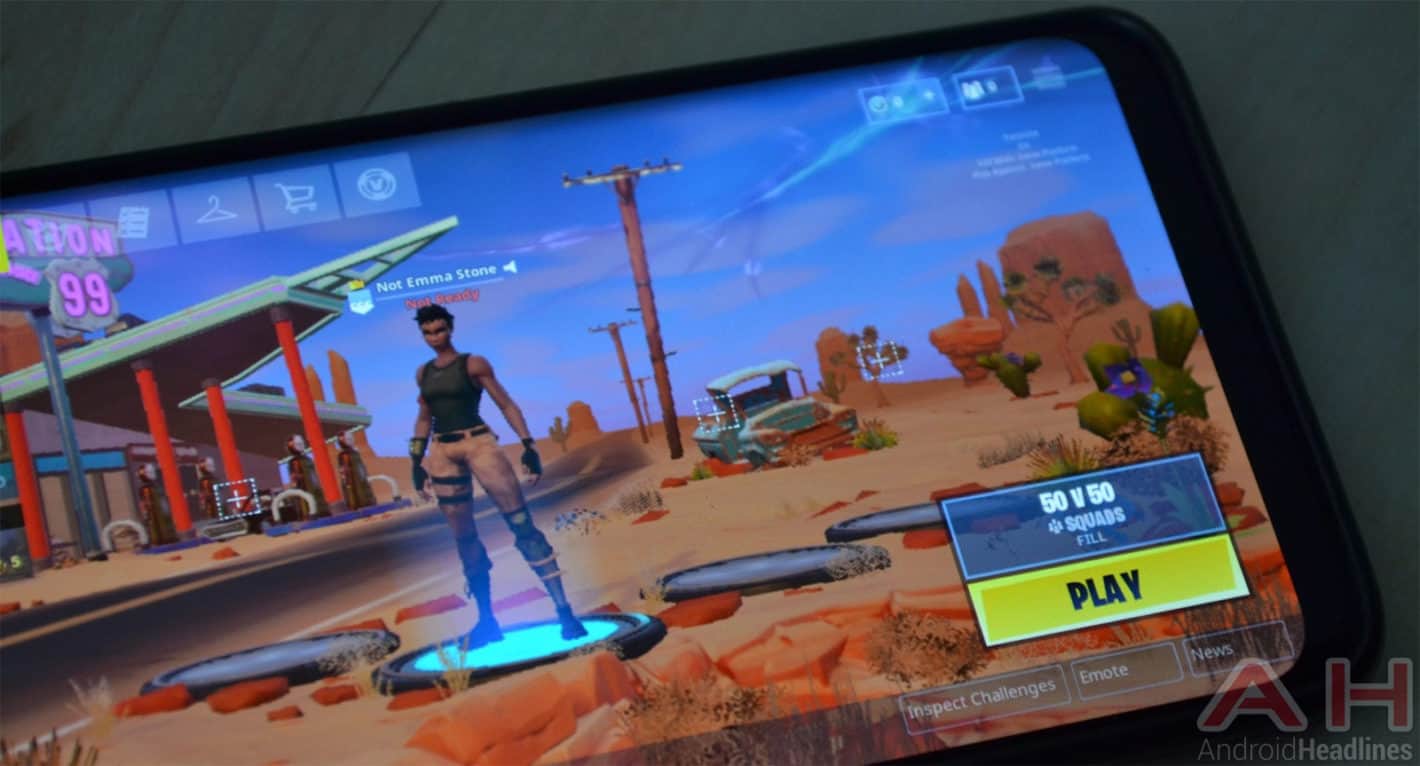 Epic Games' incredibly popular Fortnite Battle Royale is now available on Android, but you'll have to venture outside of the Google Play Store to get it. Keep in mind that not all devices are supported just yet. If your device isn't supported (and if it's not a recent Samsung flagship – it isn't), you'll be best served to wait and see if it's added. That said, your destination is Epic's website. If you type "Fortnite" into Google, it's your first result. Once you're there, hit the button that says "Play Free Now", then sign up for an email invitation. You'll be asked to log into your Fortnite account, if you already have one, or to make one. You'll eventually get a link to the APK installer file over email. Once that's in hand, simply install it in the same way you would side-load any other APK. If you can play, it will download the data and get you into the game.

There are a couple of caveats in all of this. For starters, there's a list of compatible devices on Epic's website that you'll want to consult before downloading. The minimum requirements list 64-bit devices with at least 3GB of RAM that are running Android 5.0 Lollipop and above. Even so, keep in mind that you'll need a device with a fairly strong GPU in order to play, and many devices that meet the requirements aren't supported yet. After all, the game is still in beta. Side-loading an APK file will require disabling a security feature that's meant to keep bad actors from doing drive-by installs. On newer Android versions, you'll be prompted to disable this feature automatically. On older phones, you'll have to go into your settings, go to About Phone, then tap on Build Number seven times to enable Developer Settings, dive in there and enable "Unknown Sources". In both cases, once the game is installed, Fortnite will prompt you to disable the feature again for security reasons. It's recommended to do so, even if you side-load regularly, in order to prevent illicit installs.

The app is in beta, and anybody running Android 5.0 Lollipop and up on a device with a 64-bit processor can download and install the launcher itself. For now, a limited run of devices is supported in actually running the game, but the list is growing. As of this writing, for example, this writer's Moto Z2 Force, sporting a Qualcomm Snapdragon 835 processor and 4GB of RAM running Android 8.0 Oreo, is not supported. If your phone isn't supported yet and you think it should be, just keep the installer app or at least the email on hand, and check back later. Epic Games said on its forums that most devices that meet the requirements and are at least powerful enough to run the game have a chance to be added, but that will take time. In the meantime, it's best to stay away from workarounds and hacks.