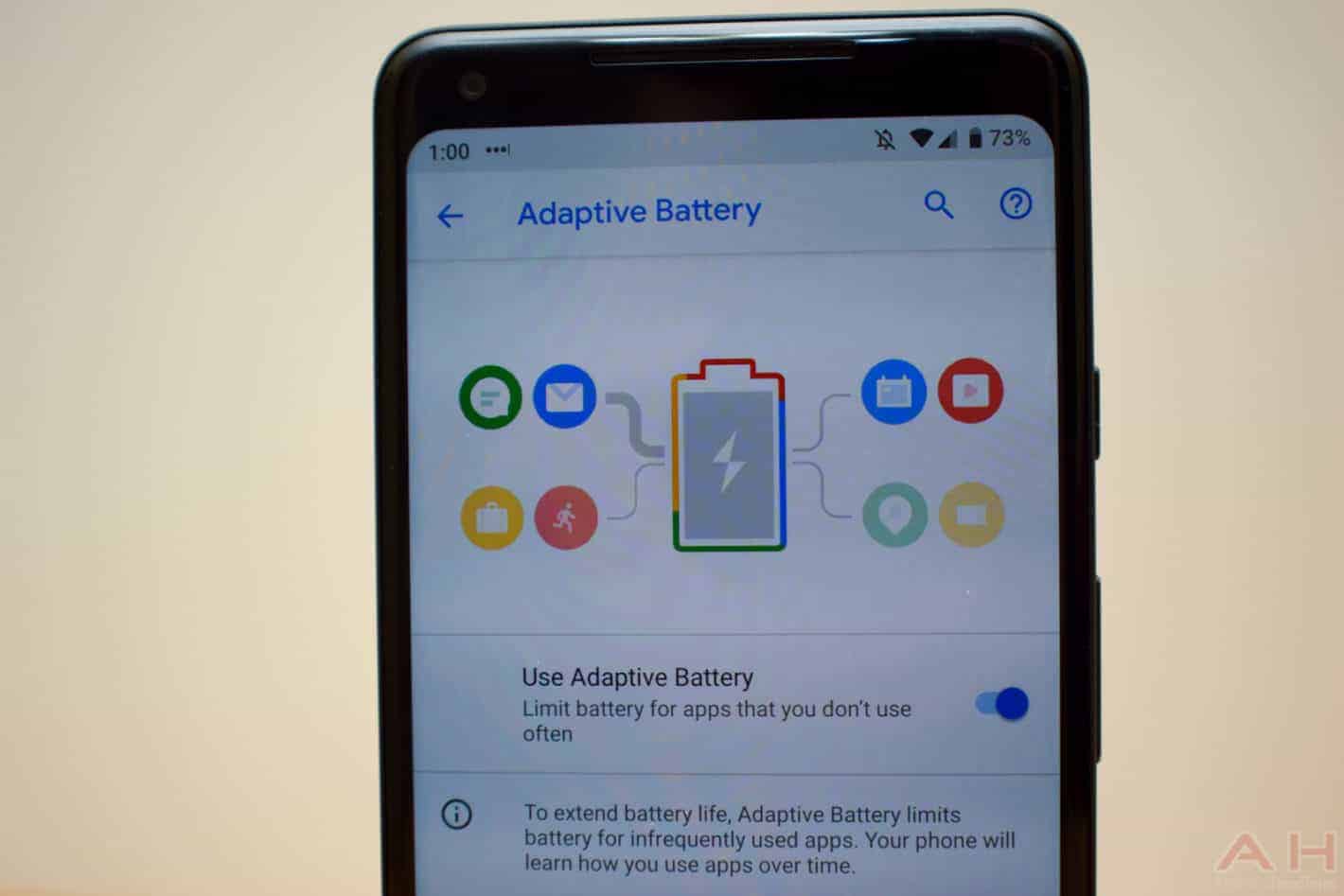 With Android 9 Pie, Google has rolled out a number of new features, which includes Adaptive Battery. This feature is here thanks to the partnership between Android and Deepmind (which is Alphabet’s AI-centric arm). This feature is essentially the next step for Google, in attempting to conserve battery in Android, allowing a single charge to last even longer. Google has been working for quite a few years now at improving battery life on Android, and it has come a long way. Essentially, Adaptive Battery is going to learn your habits and make adjustments behind-the-scenes to improve your battery life.

Google is using AI to learn how you use your smartphone each day, and will use what it learns to extend your battery life. Whether that’s putting your phone into deep sleep during parts of the day that you don’t use the phone much, or purging apps from its memory that you don’t use often, it’ll do what it can to make that battery last even longer. How it works is pretty simple. For example, if you wake up everyday around 7AM and check your email, Twitter, Facebook and so forth, but don’t touch your phone again until around lunch time. Then Android knows that it can close those apps and keep them from refreshing every few minutes – which saves battery. Android knows this because it essentially tracks everything you do on your phone, and that’s not a new thing. It has been doing that since the beginning. Your phone is going to take some time to learn your habits of your smartphone usage. But if you do use your phone the same way each day, you can really save quite a bit of juice with Adaptive Battery.

There’s another advantage here, in optimizing apps that you don’t use all day long, means that the apps that you do use constantly will be ready to go as soon as you pick up your phone and unlock it. Instead of needing to wait for it to open and load all of the data back up again. This is because it is kept in memory, and while many may believe that this slows down their smartphone or uses more battery, it makes it quicker to jump into these apps and do what you want to do, without having to wait. Adaptive Battery is basically doing just that. Figuring out which apps you use frequently and keeping those apps in memory, while those you don’t use often are purged once you’re finished with them.

Adaptive Battery isn’t the best way to conserve battery on Android right now, but it is getting there. It’s the next step for Google, after releasing Doze and refining it in the past few years. And it only makes sense that Google uses AI for Adaptive Battery, since it is infusing just about every other product under its umbrella with AI. If you just installed Android 9 Pie onto your smartphone this week, then Adaptive Battery likely won’t be much of an improvement and that’s because it needs to learn your habits first. Which could take a week or even longer. But once it does start to learn your habits, it will save some juice, and it will also improve over time. It’s hard to say how much of an improvement you might see (in fact, Google doesn’t even mention how much of an improvement you’ll see), and that’s because it’s going to differ for everyone. If you use your phone quite a bit during the day, you’ll see less of an improvement then those that only use their phone before and after work.

Android Pie is full of plenty of other great features, and Adaptive Battery is just one of many in this new version of Android. However, it is likely going to be one of the more popular features, and that’s because battery-saving features are always pretty popular. That’s due to the fact that many people don’t like having to plug in their phone that much, so the longer they can go without plugging it in, the better.