Honor announced the Honor Play for the West today, at its press conference. But it also took the stage to tease a new smartphone, the Magic 2. Back in December 2016, Honor debuted the Magic, as a smartphone with virtually no bezels, and plenty of other cutting-edge tech. Now, Honor is getting ready to debut the Magic 2, officially. Honor announced some of the specs of the Magic 2, which include the Kirin 980 – which has not yet been announced. Huawei is expected to announce the Kirin 980 tomorrow at IFA, but it is expected to be a 7nm chipset and be infused with plenty of AI. Honor also debuted Magic Charge with the Magic 2, which is capable of charging the phone at 40W. Making it charge super quickly.  Magic Charge has 15 layers of protection that are embedded in the smartphone. So that it will keep the Magic 2 safe, while also charging it quickly. The Magic 2 can automatically identify the battery, cable and charger and will only charge at 40W when all three parts are identified as being safe.

With the Magic 2, you are getting a smartphone with no bezels at all. That includes no chin, and there is also no notch. It is going the route of some of OPPO and Vivo’s recent smartphones like the Find X and NEX S, with a pop up camera. The entire top slides up, like the Find X, but Honor has included a manual slider for the camera, which Honor is calling the “Magic Slider”. So you can slide it up yourself, and not worry about it sliding up and exposing the camera when you aren’t using it. Honor likely did this after reports of the Find X sliding up the camera and recording people when the camera was not in use. It’s a good idea in theory, though we’ll have to see how it works when the device is officially announced in a few months – and review units start rolling in.

Honor’s president, George Zhao stated that “the launch of Honor Magic two years ago introduced the concept of the AI smartphone to consumers. The first-generation Honor Magic was an era-defining smartphone that transformed the industry. In addition to AI-features that make the phone truly smart, Honor Magic’s ground-breaking all-curved panel design and powerful 40W charging port support have reshaped smartphone design and become a benchmark for all smartphones.” Zhao also went on to talk about the developments that the team was able to make on the Magic 2, coming from the first-generation Magic that was released nearly two years ago, and how much artificial intelligence has become a part of our everyday life in those two years.

As expected, Honor did not announce to much about the Magic 2, since this was just a teaser. But we do know that it is going to be packing Huawei’s latest chipset, the Kirin 980. And it’s also going to be virtually an all-screen smartphone. Which is going to make this a pretty popular smartphone when it does launch. Many are speculating that it’ll launch in December, since that’s when the first Magic smartphone debuted in China. Though Honor has not said specifically when it will be announced officially, yet. 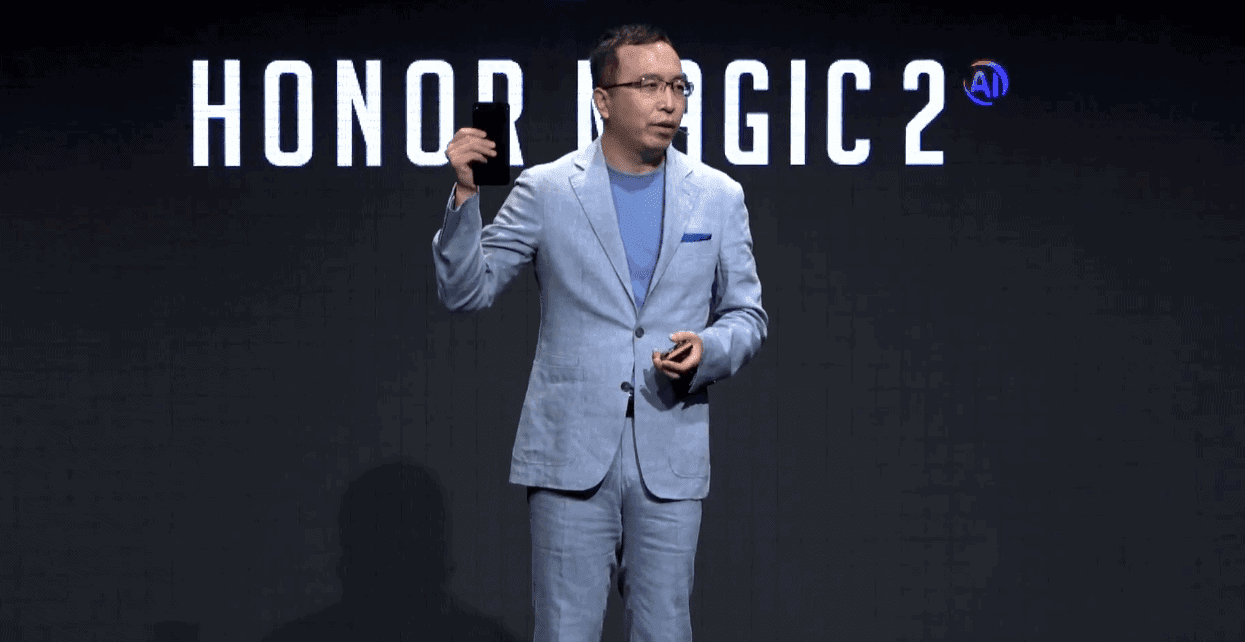