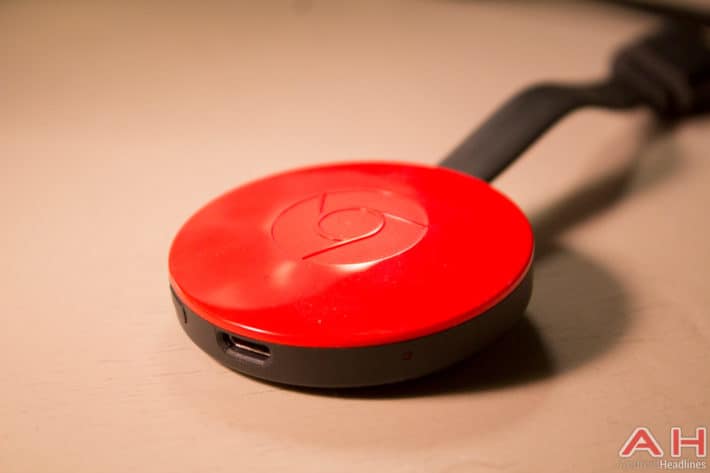 Google has now submitted a letter for "permissive change" to a previously approved FCC listing for a Bluetooth-enabled Chromecast which should result in an increased range for that feature. For clarity, the device in question is effectively a second-generation Google Chromecast device. However, rather than only allowing media to be streamed via cast-enabled applications, the new configuration includes a standard Bluetooth radio whereas the original only included support for BLE. That's placed internally on the same chip as everything else. Approval was originally granted for the device back in early May, under model number 'NC2-6A5' and FCC ID 'A4RNC2-6A5B.'  However, now Google is looking to change the increase the maximum gain of that radio's antenna, boosting the gain rating from 2.1dBi to 4dBi.

The change is the result of a 0.5 mm trim on the Chromecast's 5GHz printed circuit board (PCB) antenna trace. The search giant hasn't provided any indication as to why it would choose to trim that particular portion of the component back. It's not unlikely to assume that the company discovered interference issues in the previous configuration. However, the result will also almost certainly have the added benefit of increasing the overall range from which Bluetooth devices can be connected to the dongle. That's because a higher antenna gain typically results in an extended coverage area, up to a point. Pushing things too far can cause problems at close range and other issues but moving to 4dBi wouldn't seem to be that big of an increase. Previous models of the Chromecast did not allow for Bluetooth connectivity or playback and the now-revised model that was rated at 2.1dBi was never released. So it's difficult to say exactly how much additional range the increase of 1.9dBi might deliver.

The antenna gain appears to be the only change Google is looking to make to the new configuration for its second-generation Chromecast. That means every other specification will remain exactly as listed on the official website for the product from its power consumption to its 1080p HDMI output. Pricing will also almost certainly remain the same. In the meantime, this is a hardware change and won't be coming to the currently available Chromecast devices. So buyers will need to update to the new version if they want Bluetooth capabilities, if and when it launches.