Google Play Store has been updated with app download preferences, which is definitely a nice addition if you’d like to avoid wasting your mobile data for downloading applications. If you open up Google Play Store, and head over to ‘Settings’, you should be able to see the ‘App download preference’ option. After you enter that menu, you will see three options in there, ‘Over any network’, ‘Over Wi-Fi only’, ‘Ask me every time’. Those three options are self-explanatory, so for example, if you select over any network, you will be able to download applications no matter if you’re hooked up to 3G, 4G or Wi-Fi, while the ‘Over Wi-Fi only’ option will prevent you from accidentally downloading an app over mobile data.

That being said, if you select the ‘Over Wi-Fi only’, you can still hit the ‘Download’ button next to an app, but the phone will wait until you’re connected to a Wi-Fi network (if you’re not at the time) before it actually downloads that app. Do keep in mind that these options will not be in effect if your apps are set to update automatically in the ‘Auto-update apps’ section of Google Play Store settings, so change that accordingly. Having said that, this seems to be a server-side change, though it has not appeared in any version of the app before v11.1.30, so keep that mind, though this feature should be available to basically everyone who has a modern Android smartphone at this point, if not, it will be soon.

This new option can be quite useful, and it’s rather odd that it took Google that long to implement it in this manner, but there you have it. That is basically it, no additional changes were spotted other than that single tweak to Google Play Store settings, in case you were wondering. 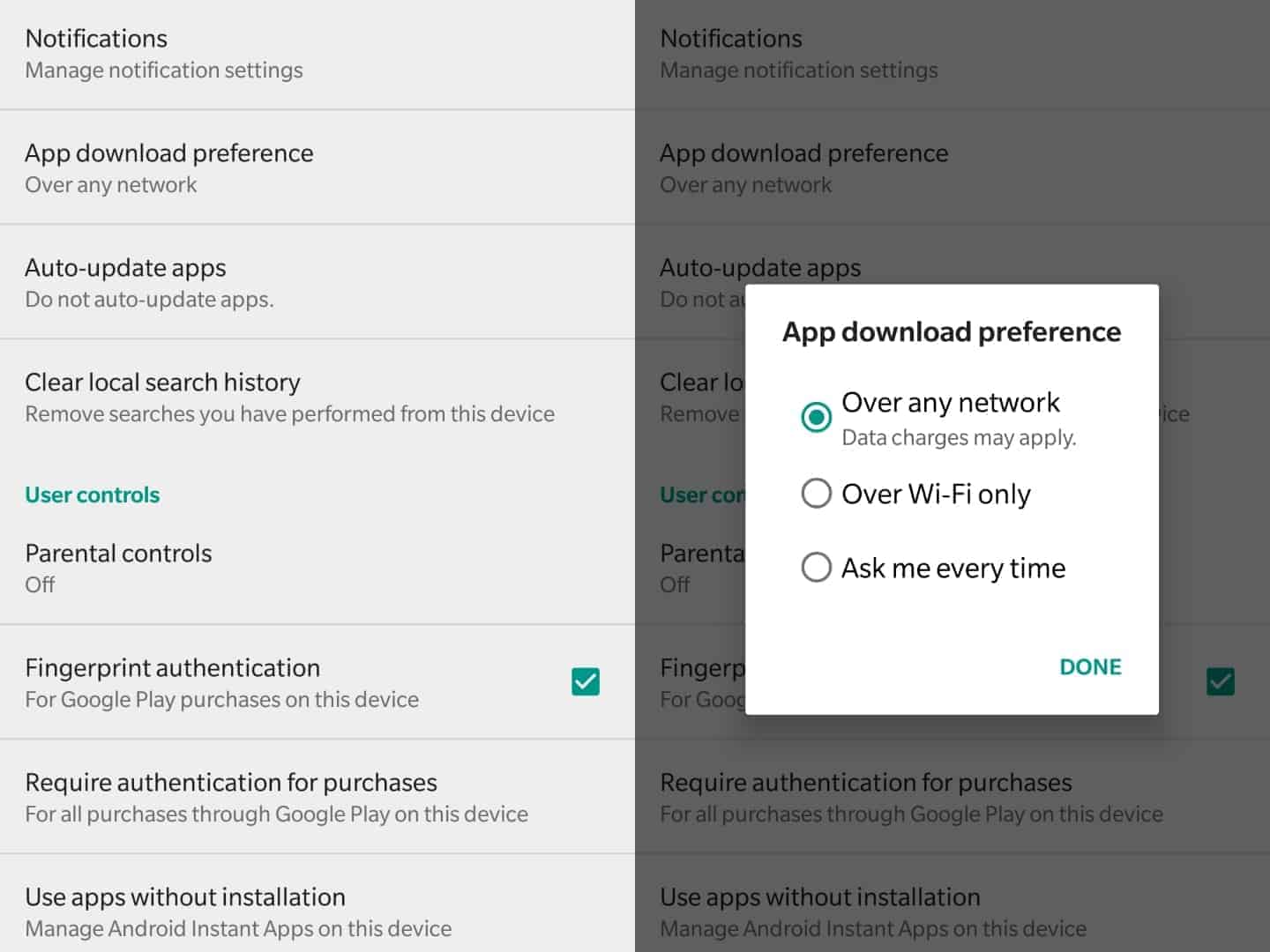