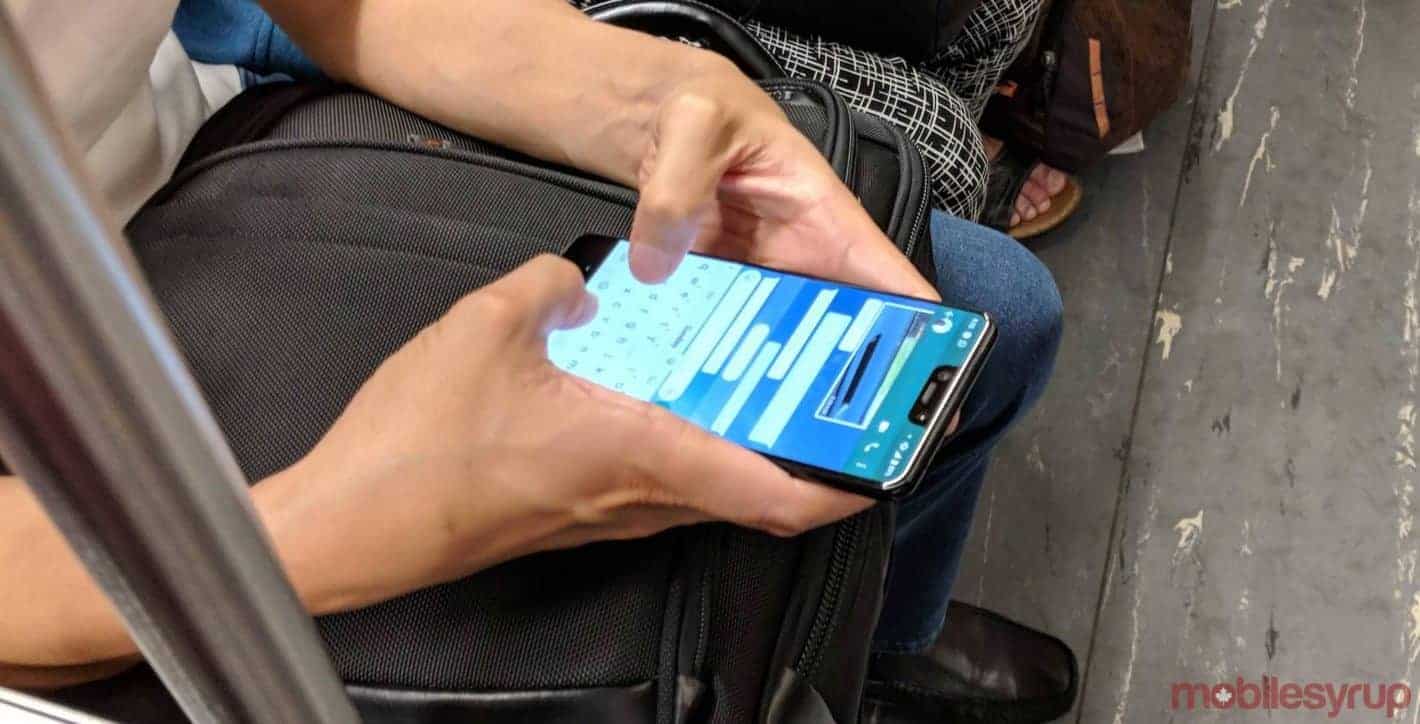 Last week, the Google Pixel 3 XL was spotted on the TTC in Toronto, and now it has leaked again on the TTC. This time, we are seeing a slightly better angle of the upcoming smartphone. It shows the notch in all of its glory, which actually doesn't look to be as deep as it was on other leaks. The bezels do seem to be pretty minimal here, compared to previous leaks. But there is still quite the chin here. Though part of that might be due to the navigation bar blending into the bottom bezel, so take that with a grain of salt for now. There is also two cameras on the front apparently. Currently, it's unclear why that is the case, if that's for face unlock, or perhaps better selfies. Though one would hope it's the former.

Now the leakster that sent these photos to MobileSyrup did also manage to snag a picture of the back of the Pixel 3 XL, and it does look very familiar. The only major change we can see here is that there are curved corners between the glass and metal on the backside. Otherwise, there is still that glass window at the top for all of the radios on the Pixel 3 XL. It also looks like there is a single camera on the back, still, with the flash to the right of it. The person's hand is covering up the majority of the back, so it's tough to see what else is there. And it looks like he/she was smart enough to cover up the IMEI on the back of the phone.

The Pixel 3 and Pixel 3 XL are slated to be announced in October, as it usually is. There's already been a ton of leaks surfacing for the new phone, many of which do look similar, which confirm various features. But as always, it's important to take all of this with a grain of salt until Google does actually announce the new smartphones in October.