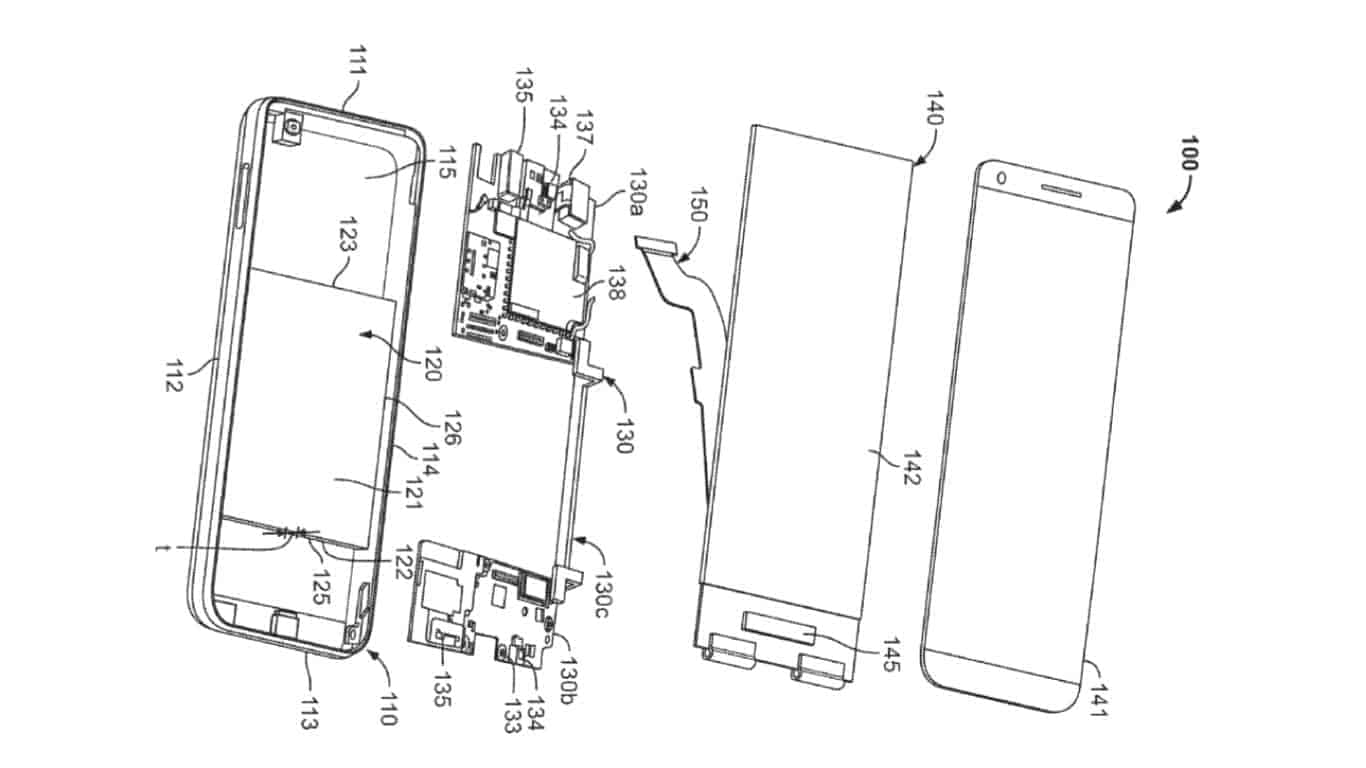 Google won a new patent with the World Intellectual Property Organization (WIPO) intended to reduce the amount of space taken up by an electronic device's circuit board connections in traditional layouts. Filed under patent number 'US20180228039,' the documents describe what looks like a smartphone utilizing three circuit boards, with the third serving the additional purpose of acting as a series of connectors. That third board can also run perpendicular to the device's display, off to the side of its built-in battery, or underneath it. The configuration could use a flexible or printed circuit but seems to cover just about any layout of those within its scope. Any of those will generate space savings, according to the filing, and the use of that extra room can vary widely.

Among the components that could be improved, the most obvious one listed by Google is the battery. The additional space inside of the device housing would be well-suited to hold a battery with substantially increased capacity or reduced overall device size. However, while it would be easy to dismiss the patent as being just one more design intended to allow for longer-lasting handsets or slimmed back chassis, the company appears to have greater ambitions. Battery size is the first component addressed by the search giant but it also indicates that space would enable "other additional components," or components with an increased size. So it's possible the company has new parts in mind that could fill up the areas freed with its solution. Moreover, with a circuit board being used to connect the pieces of the split mainboard, there are more possibilities for component placement. More succinctly, components won't be confined to the space adjacent to the primary circuit boards since it won't be necessary to run an unreasonable length of connector cable over relatively long distances between the main boards.

There's no way to know whether Google intends to add further radios, connectivity options, or some other new technology but the final suggestion from the company regarding increased component size is arguably equally intriguing. That could refer to nearly anything ranging from more efficient heatsinking meant to handle more powerful specs to bigger speaker components or improved hardware-based security. It might also refer to camera sensors and associated internal hardware. Conversely, Google might choose to never use the patent at all, as is often the case with conceptual technologies.