Google and Foxconn are investigating a stolen batch of Pixel 3 XL units that ended up on the black market earlier this month, 9to5Google reports, citing no particular sources. Images and hands-on videos of the upcoming Android flagship started leaking en masse on Wednesday, with most sightings being attributed to Russian sources. New information suggests the vast majority or all of those leaks depict units that have been sold by a Ukrainian black market dealer for $2,000 a piece. The dealer in question shipped the devices from London and offered them to a number of tech reviewers, including traditional journalists and YouTubers.

The circumstances that led to the Pixel 3 XL batch in question going missing are still unclear, but the fact that the leaked units feature Google’s own “G” logo instead of a provisional rear marking imply the devices are pre-production models that were likely created as part of a trial manufacturing run by Foxconn. That possibility is even greater in light of the fact that the sources of the latest leaks also showed seemingly official retail packaging of the device, as well as its user manual, bundled earbuds, and other included accessories.

The said Ukrainian dealer was selling the units via Telegram, asking for payment via either PayPal or Bitcoin but preferring the latter due to extra expenses attached to international PayPal transfers. To date, Russian outlet Rozetked, Ukrainian blogger Luchkow, and Russian publication Wylsacom (associated with the same blogger) all shared dozens of images depicting a white Pixel 3 XL model. None of the sources suggested they bought their handsets but that’s precisely what the newly emerged information indicates. It’s presently unclear how close Google is to identifying the person or group responsible for the theft, though the very first leaked unit has already been remotely bricked after its source accidentally shared the serial number of their Android phablet.

The image below found on the now-removed Telegram channel of the reseller by one Reddit user suggests that at one point they had in excess of 120 units, with a later communication obtained by 9to5Google indicating only three were left unsold earlier this week. Assuming all went for the same price, the source made some quarter of a million dollars on the stolen devices. 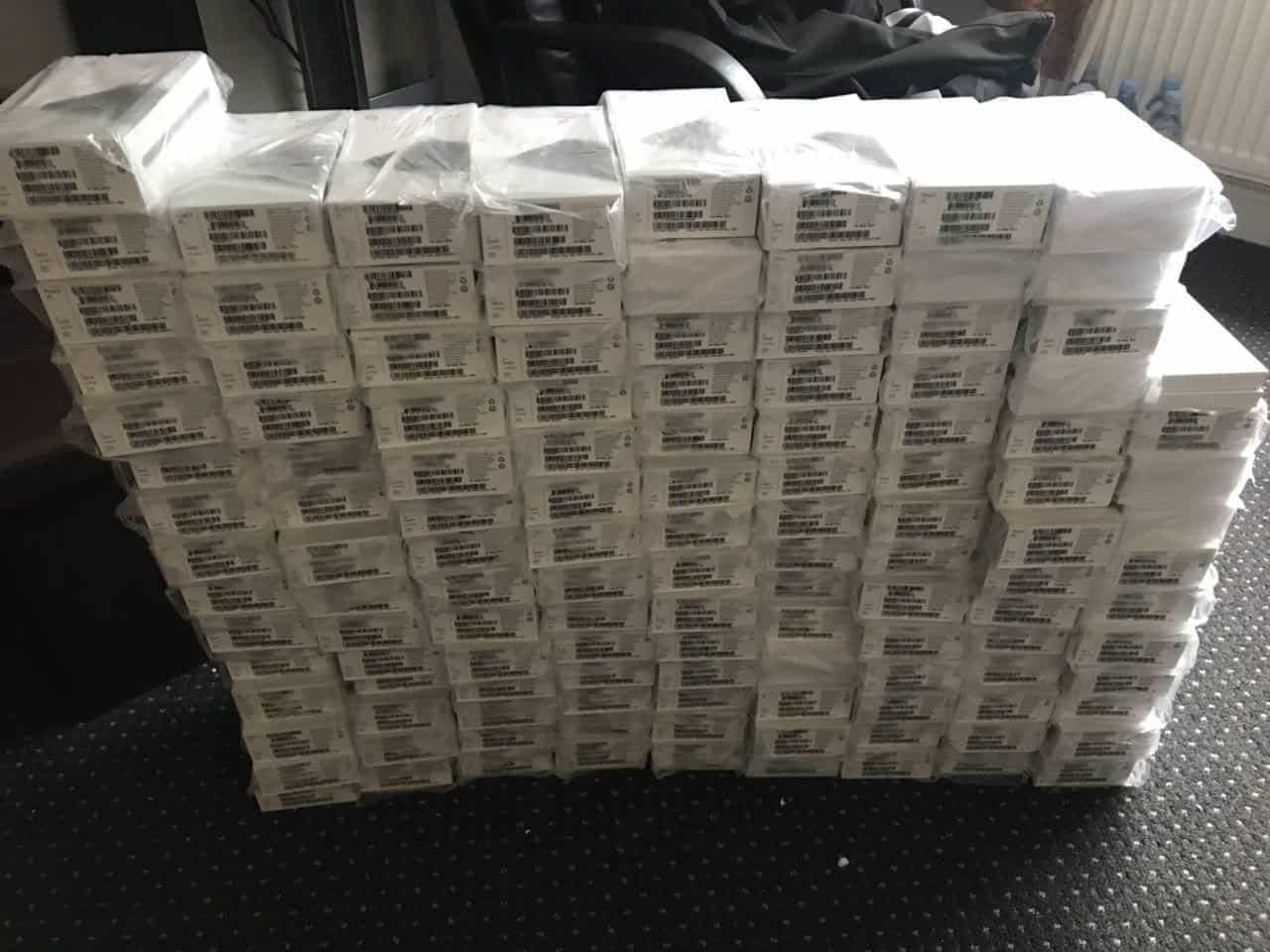